Sokolski Monastery of the Assumption is situated among the northern slopes of the Shipka-Teteven part of the Balkan Mountain, in a beautiful place called « Sokola », 220 km eastern of Sofia, 15 km southeast of Gabrovo and 4 km away from the Etar Ethnographic Complex. Surrounded by the high peaks and the green, dank forests, the monastery is overwhelming with its beautiful views.

I discovered Sokolski Monastery just before visiting the Etar Complex last April (my article about it, here). It wasn’t in my exhaustive program of this 3-day trip in Plovdiv-Kazanlak-Gabrovo-Veliko Tarnovo, but we passed on a road where its presence was indicated. This one was mentioned on my guide and it was impossible not to stop a few minutes. On the Bulgarian roads, even the less famous monastery which are not mentioned on your guide are signaled and always very nice discovery.

Surrounded by the high peaks and the green, dank forests, Sokolski Monastery is overwhelming with its beautiful views. Bulgarian people can be very proud for their cultural heritage, just amazing. I love to visit Bulgarian monasteries. I promised myself to visit those in Bulgaria, 160 to be exact, including 100 still active, and to write an article on each of them. In fact, I cannot get tired of mild and soothing sensation I feel when I visit one of them. I have almost wanted to stay there, a weekend, a week, a month, just to share the monastic life of its residents, listen to their story, what has given them the desire to be there forever, and especially discover more about the history of their monastery because they are the first and maybe the only ones able tell me more about the place, more than anyone, that no guide presents you and will never tell you about. Because ultimately, when we visit a monastery, we visit its courtyards, it fountain, its church, and all are often very beautiful but the most interesting is not it behind each of its doors ? closed most of the time and which giving place for all our imagination ? 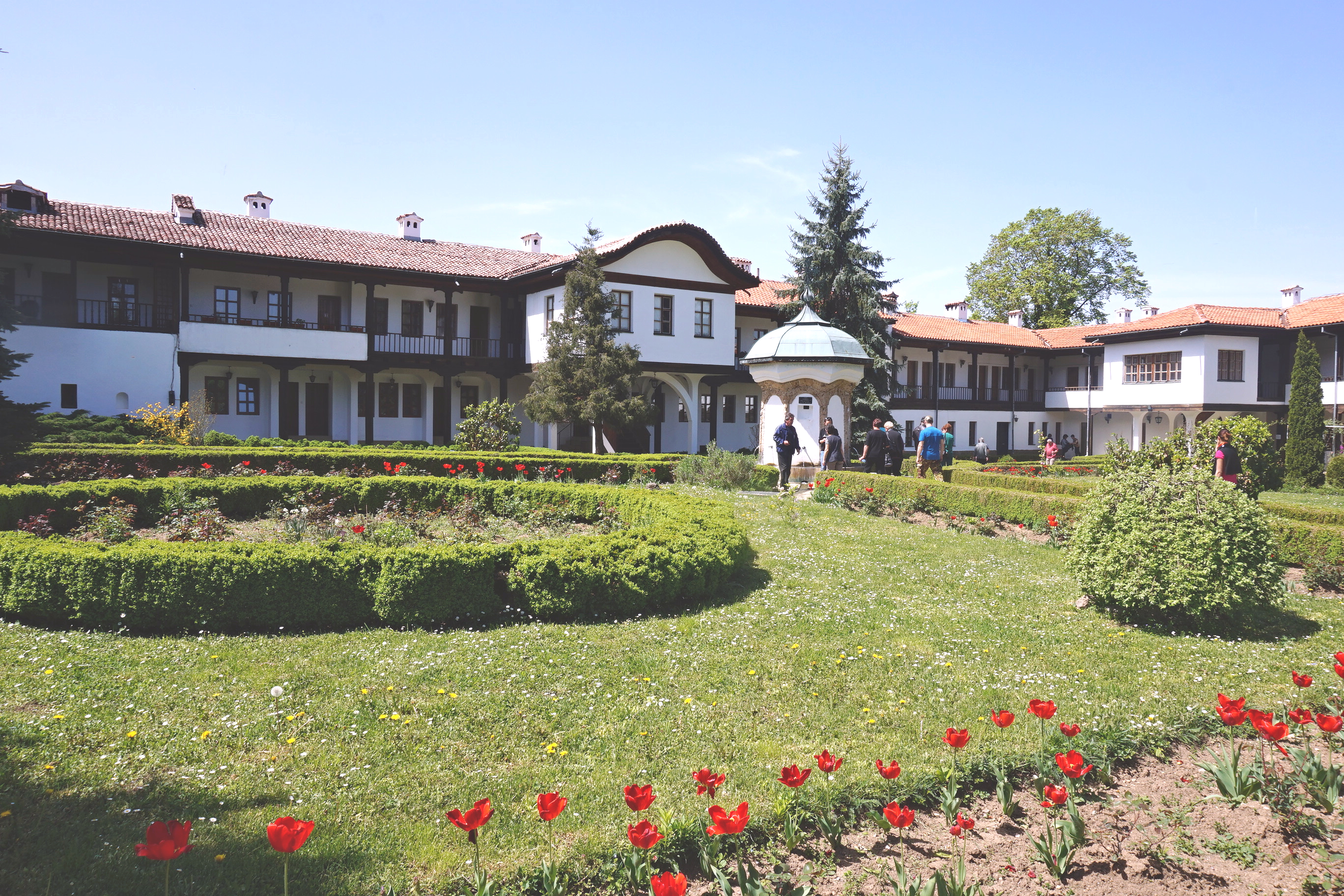 So, very calm and quiet, Sokolski Monastery was founded in 1833, with donations from the residents of Gabrovo and Bulgaria emigrants. It is situated on two levels, which is an exception. Its founder was Archimandrite Yosif Sokolski, later to be known as Archbishop Sokolski during the struggler for church autonomy. This monastery was the refuge for revolutionaries against the Ottoman rule.

Sokolski Monastery is composed of buildings surrounding a courtyard for well done and very ornate and flowery. In the courtyard, the Fountain with eight spouts will not leave you indifferent, one of the most interesting things to see in the monastery, built in 1868 by the famous Kolyu Ficheto. You can reach there hands and drink its water, very refreshing in hot weather period. But, the most beautiful monument of the Sokolski Monastery is for me, definitely, its little and so cute church, called the Assumption Church. 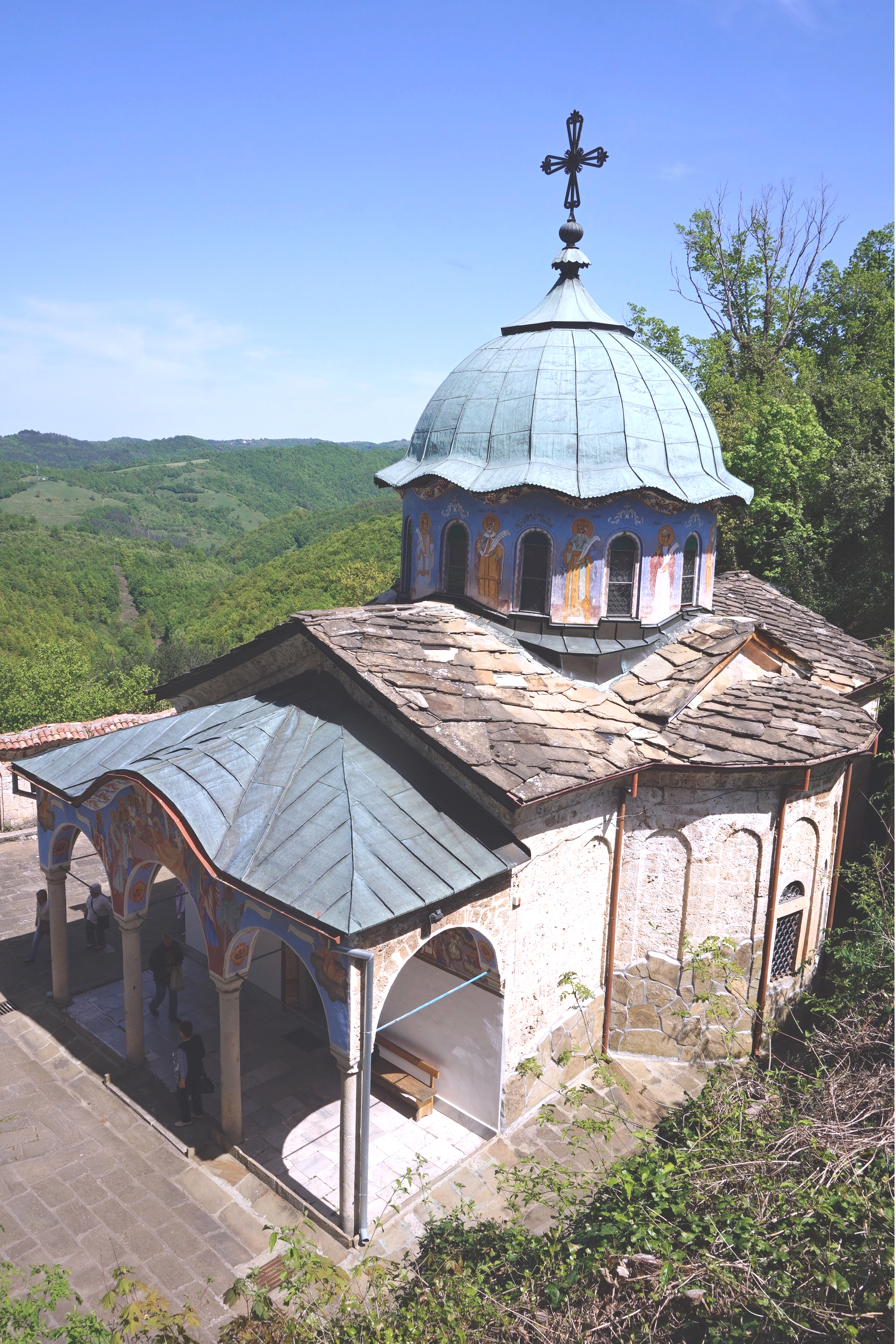 When you enter on the courtyard of the monastery, this little church is not immediately visible and this is what makes the place even more surprising. When I discovered this church, I was totally surprised by its beauty and simplicity, just beautiful, located at the end of the garden a bit on the right. If you had not read information about the place, you could not know immediately where it takes place. If it’s your case, don’t worry, there is an other solution, an universal one if I can say, playing sheep following the very well-informed tourists. I love to do that. How to recognize them : it’s very simple. He wears generally maroon or beige button shirt, little short in the same color, large socks that goes back knee, low walking shoes or semi-high banana bag shoulder strap, often a GPS around the waist or halter, a guide hand ? Yes, it’s him ! He probably called Roger, Jean-Claude or Harry, and this guy knows better than anyone the monastery while he just arrived and never came there before. Follow him, he will show you every things you need to know about the place without knowing. 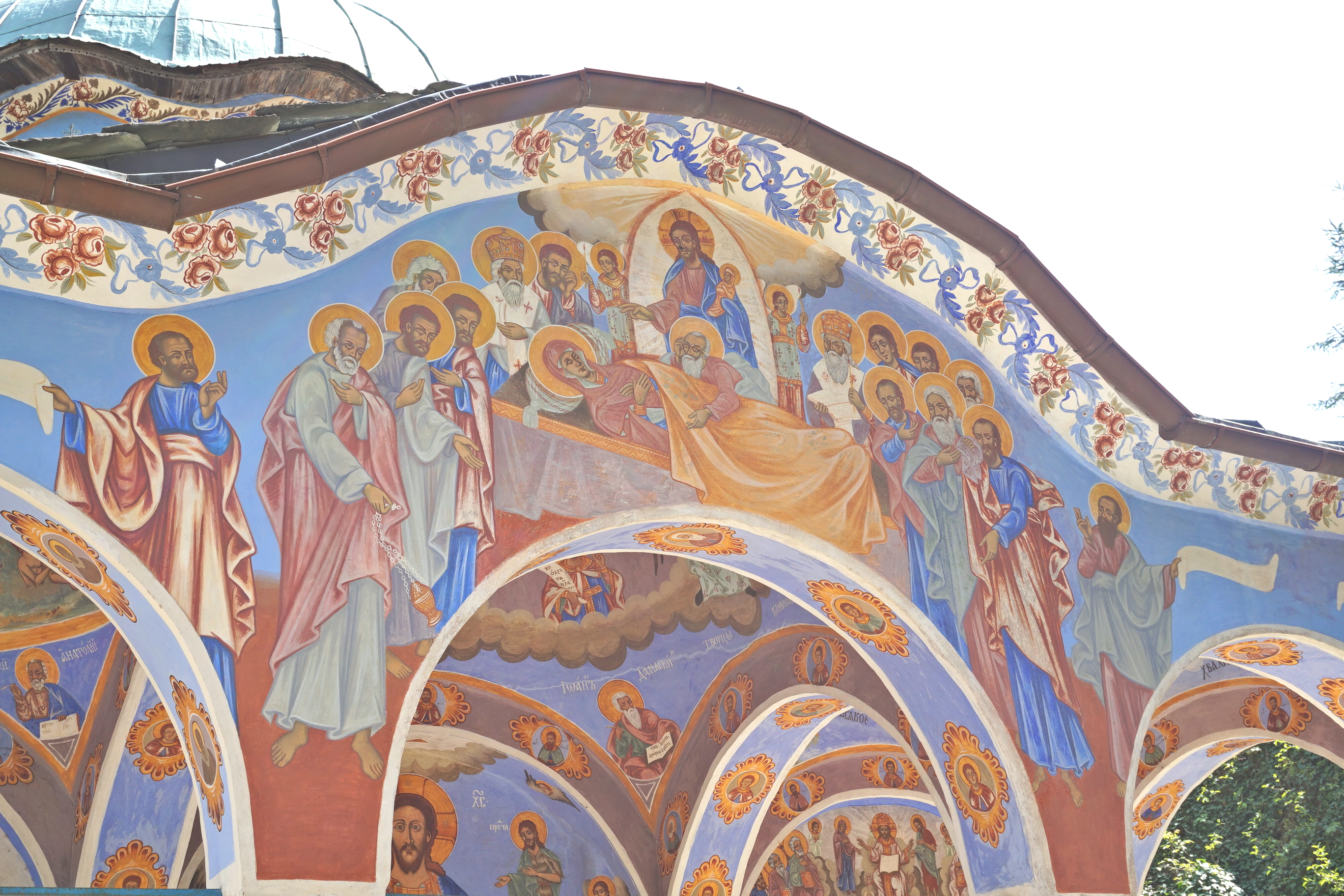 The Assumption Church is located in sunken monastery garden and is accessed via a steep staircase and typical. It is so cute with its beautiful slate roof. 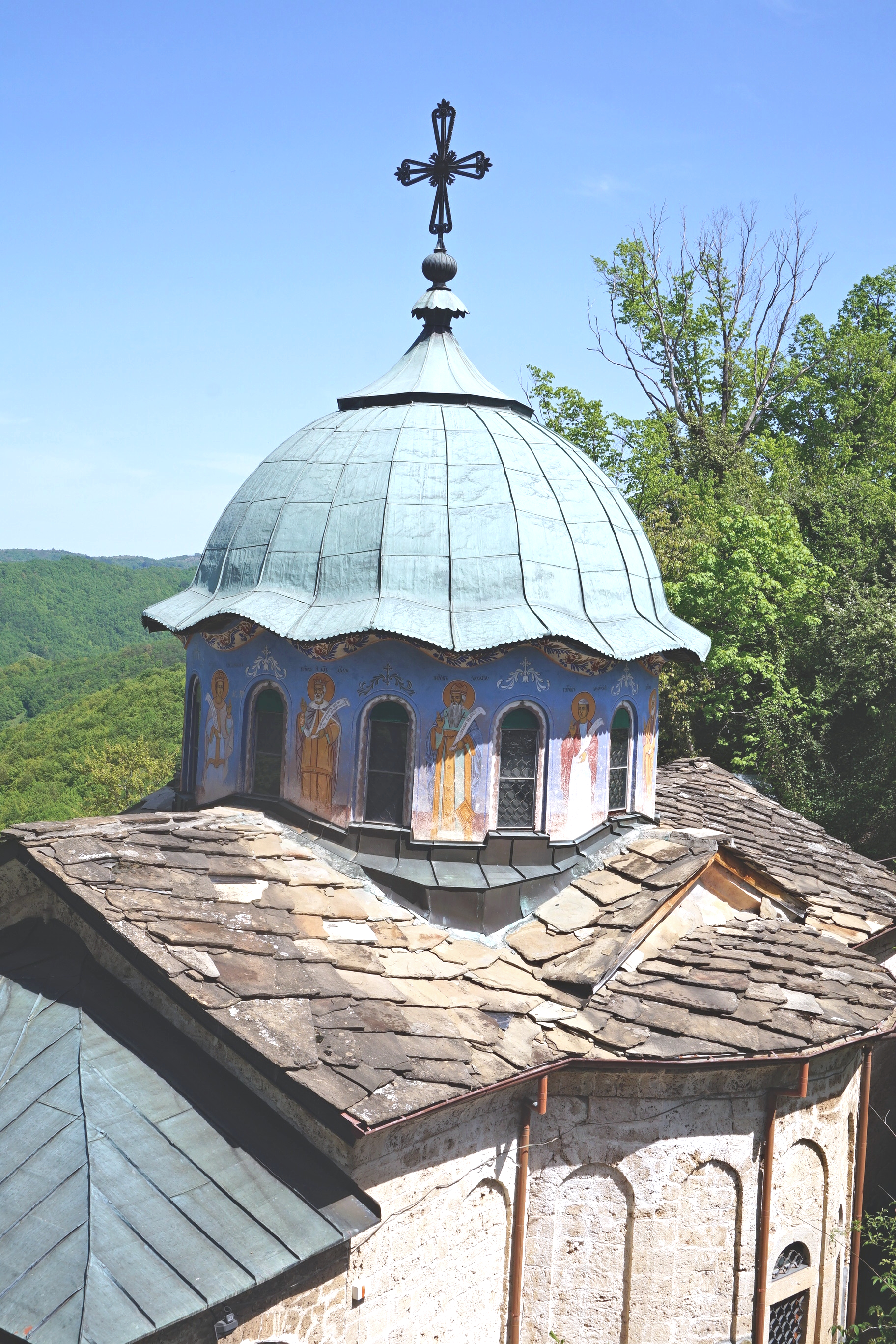 Its interior is completely covered with mural fresco, and a part of its outside too, with a blue color my favorite one. The church is on the lower and smaller level, surrounded on three sides by rocks and in the north it opens to a beautiful mountains view. Apparently, its is paid but I didn’t pay anything. So, I don’t know if its already paying or not. I didn’t take picture inside it because it is a little place and there were too many people. 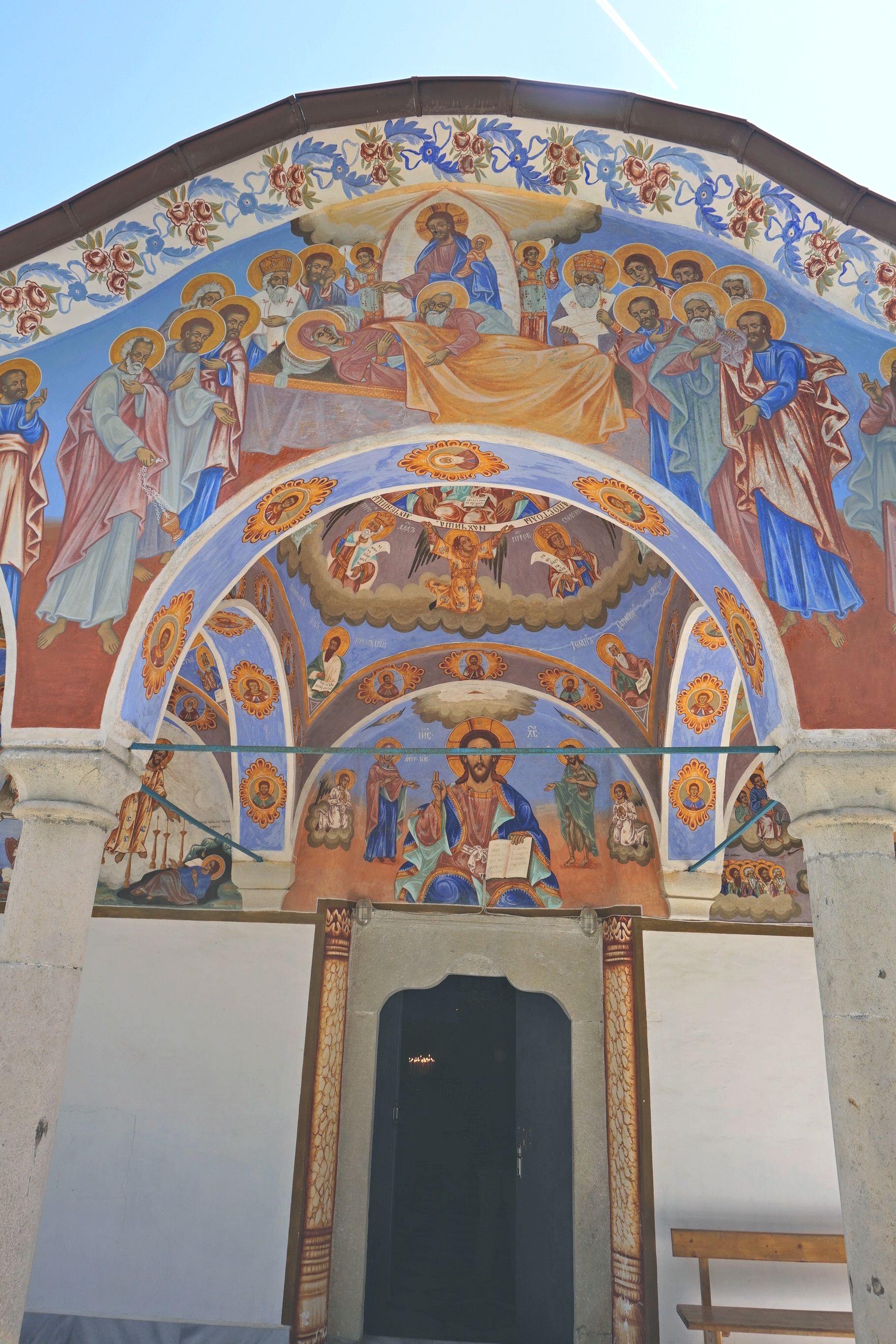 In the monastery takes place a museum where are exhibited relics of the struggle for liberation. The monastery was inhabited only by monks until the mid-20th century, when, in 1959, the nuns from the Convent of Gabrovo moved there. Since then, Sokolski Monastery has been functioning as a convent. The nuns brought valuable icons and documents with them when they moved to the monastery.

More : Free parking in the front of the entrance / Free park where it’s possible to picnic outside the monastery, in front of it / Local products shop on the inside entrance / Toilets / Accommodation is available at the monastery / For those of you who like to walk, Sokolski Monastery of the Assumption is connected to the Etar Complex by a tourist trail passing through a beautiful area and taking approximately two hours to cover. There is a good asphalt road connecting the monastery with the town. 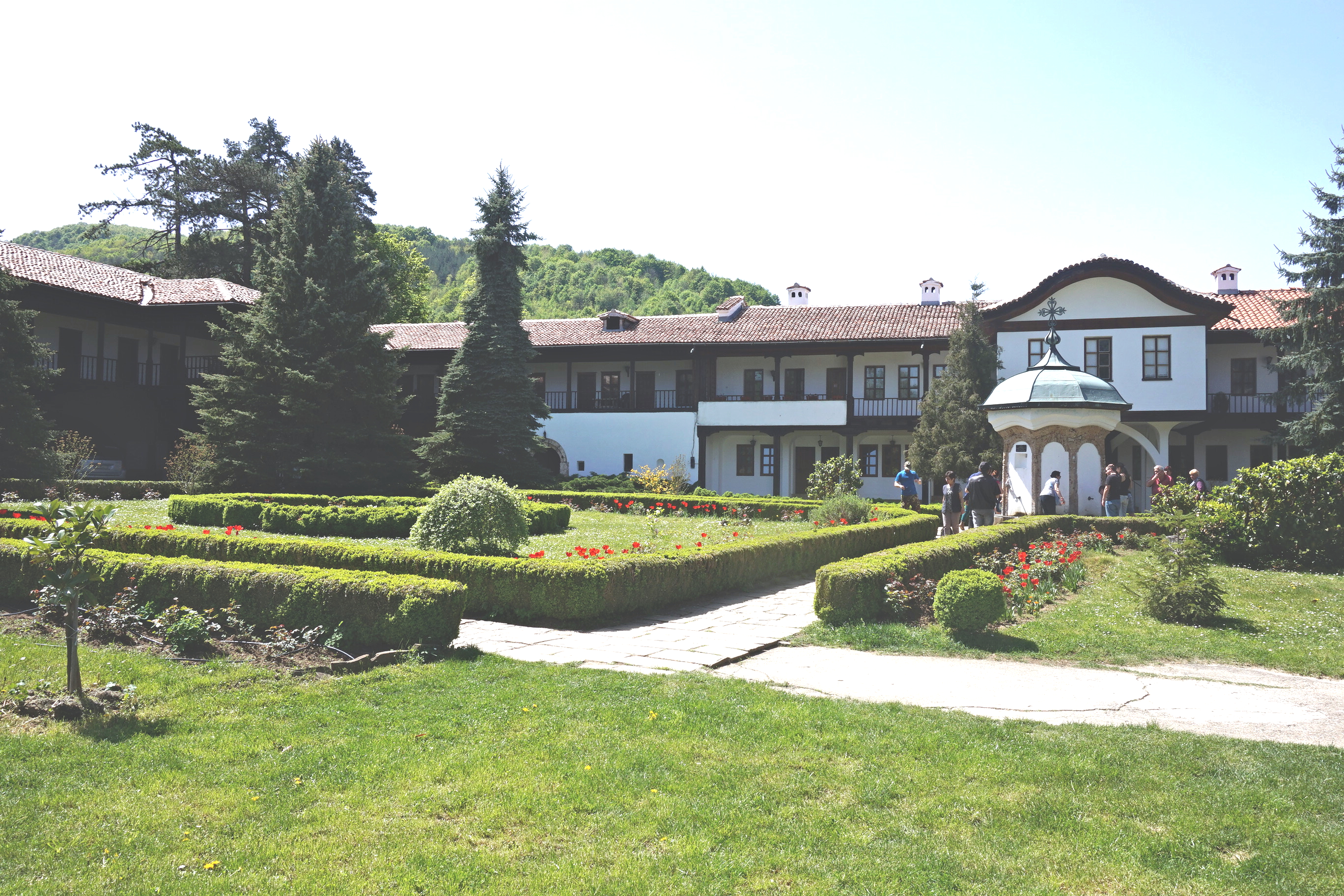 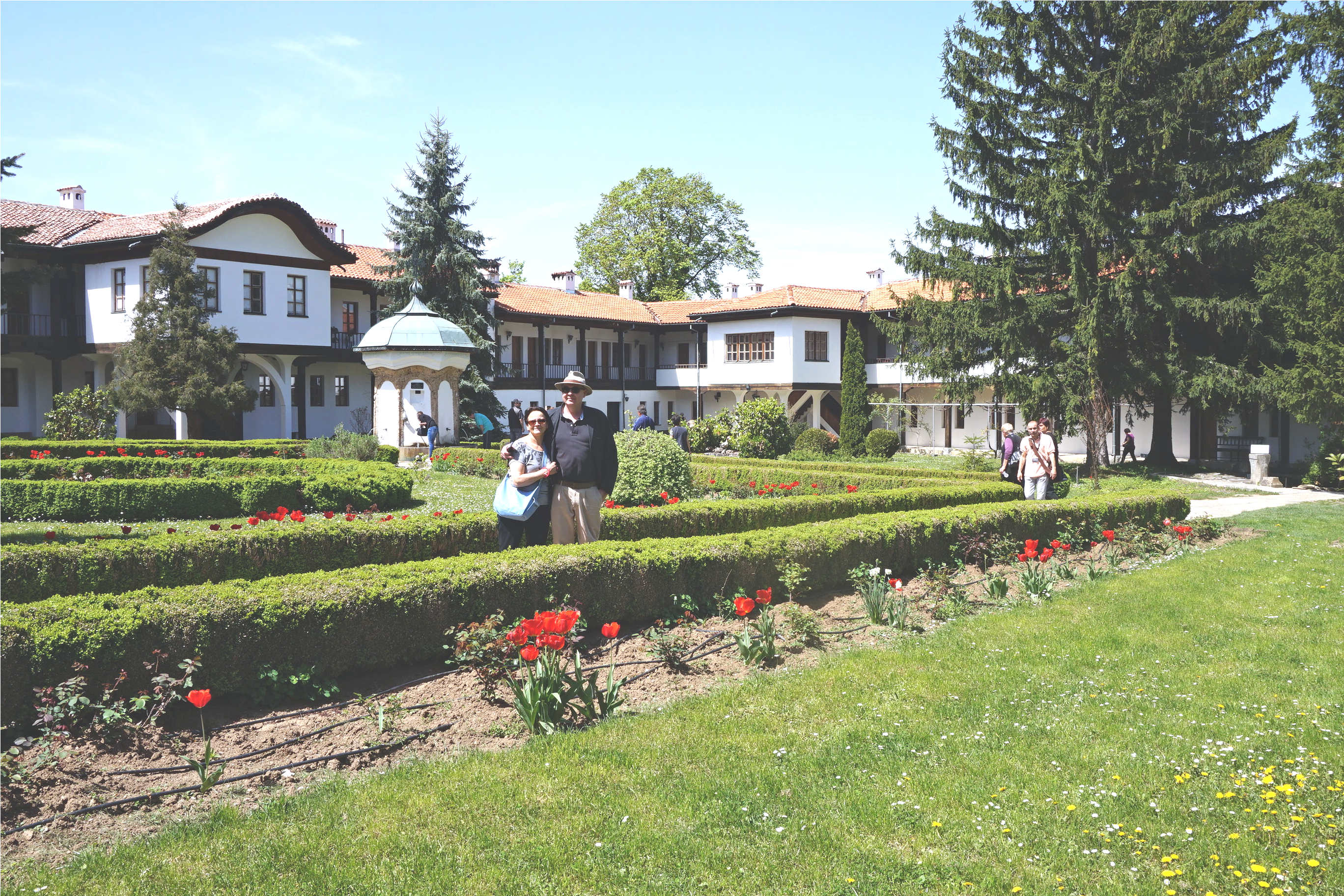 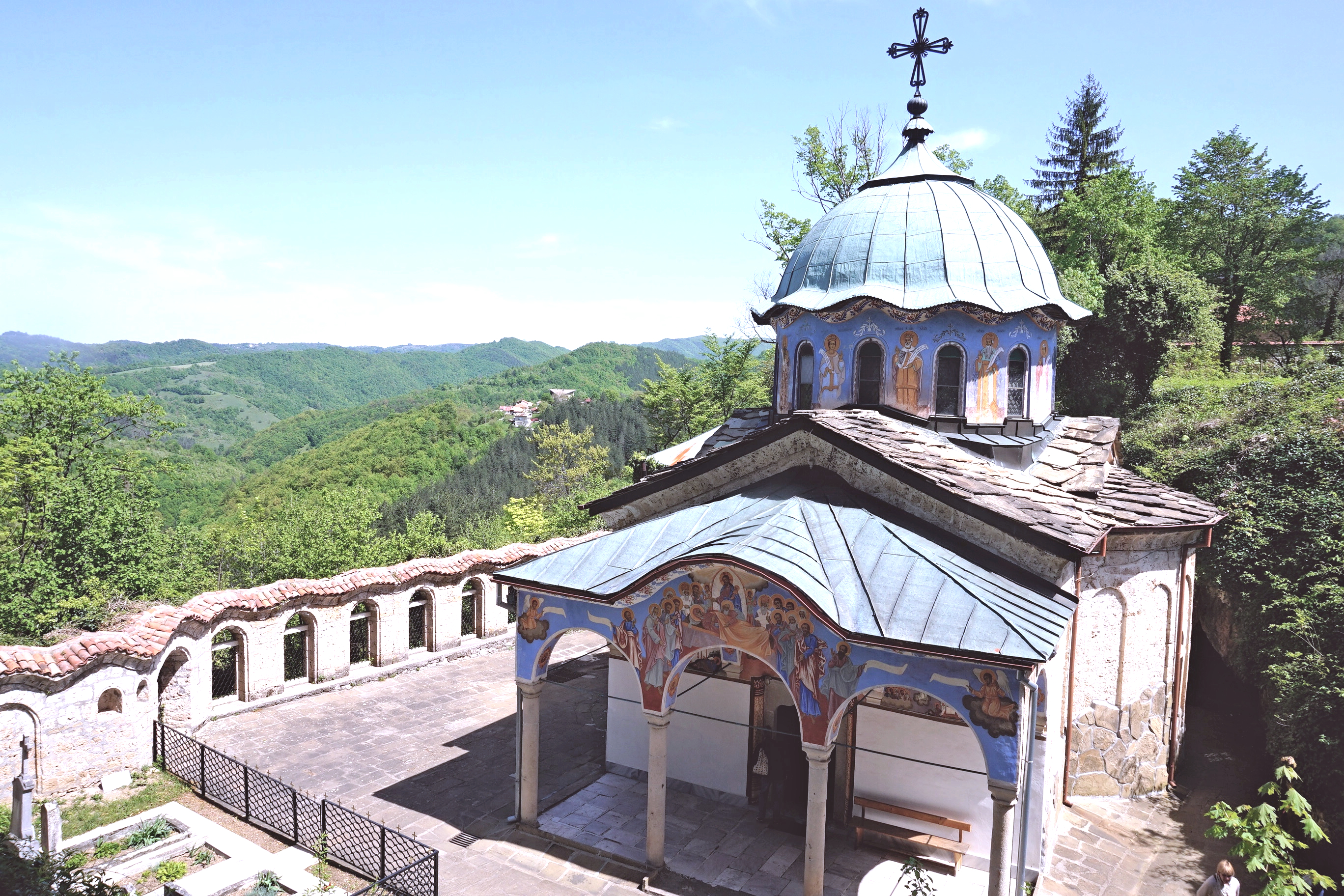 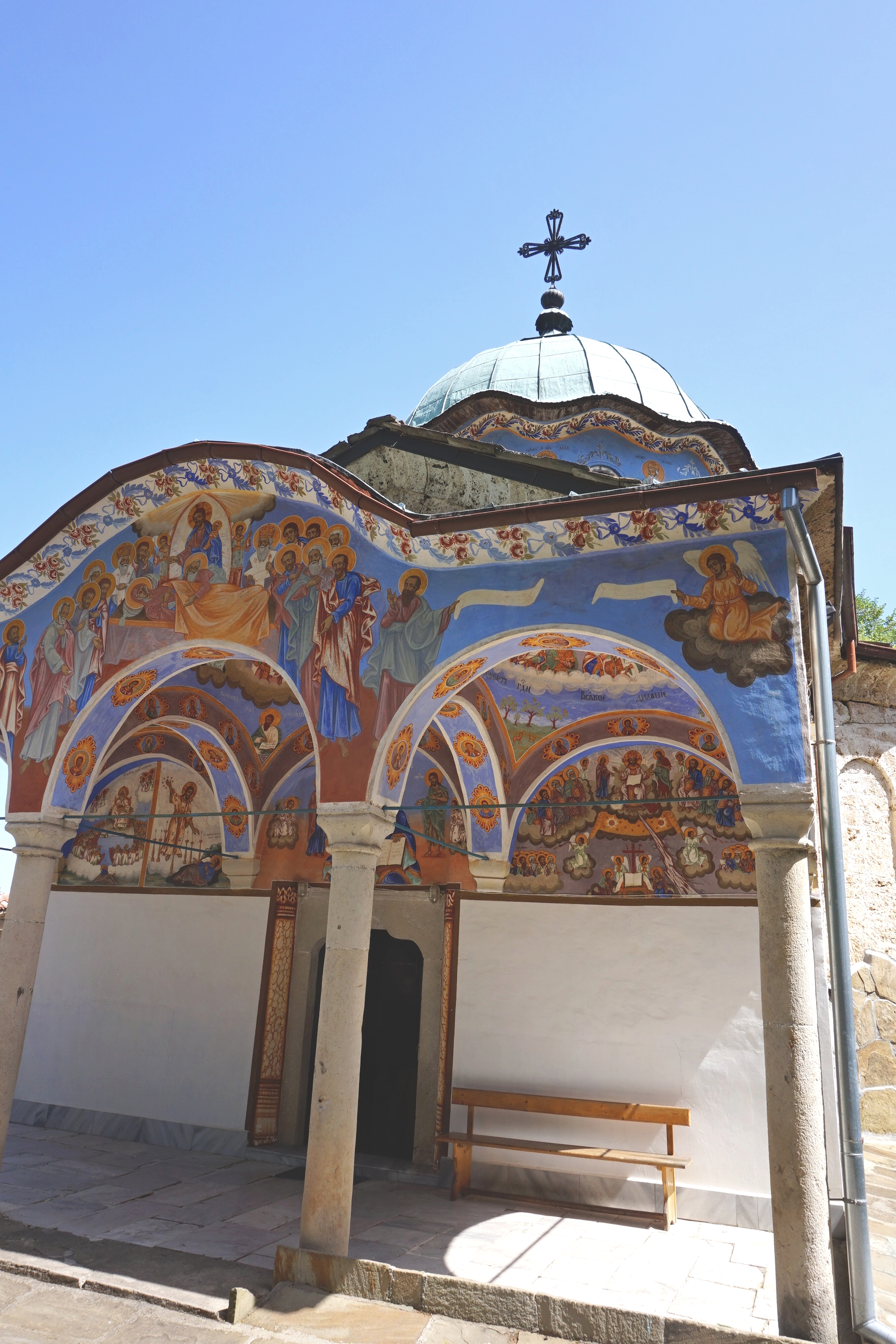 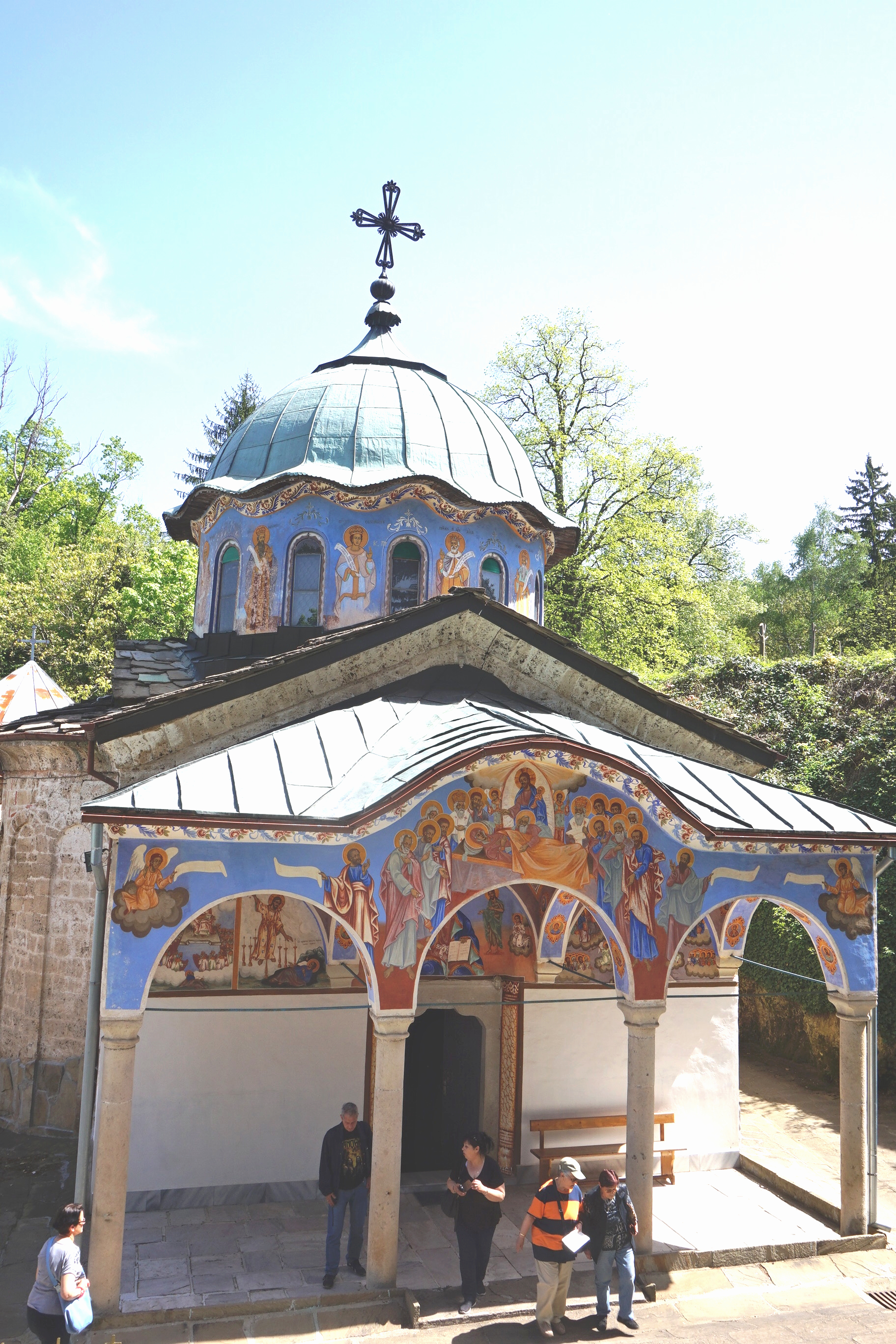 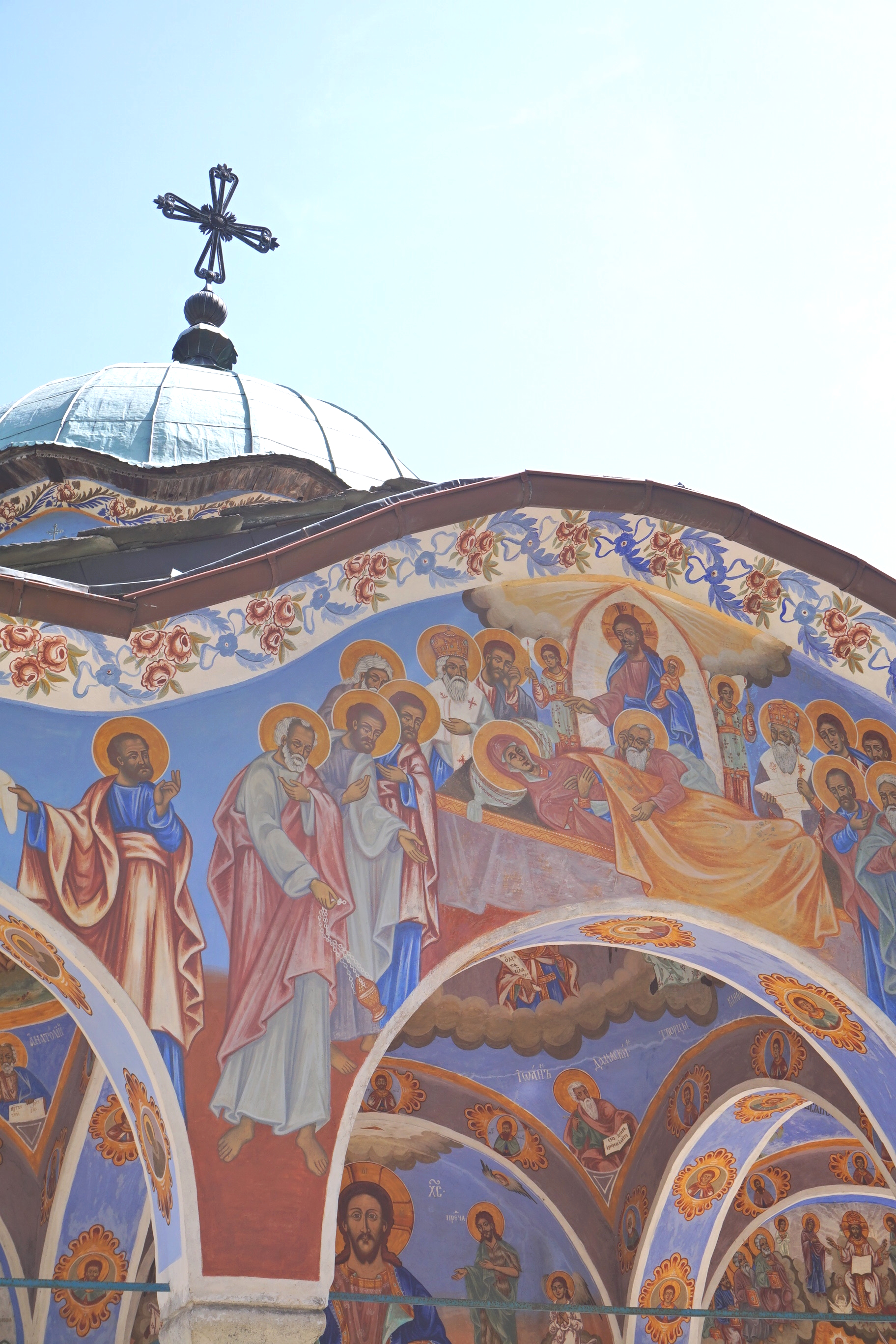