Veliko Tarnovo has the most glorious history of any town in Bulgaria, the symbol of Bulgarian statehood and the capital of the Second Bulgarian Empire. Located in Center Northern Bulgaria, at 221 km from Sofia and 226 km from the Black Sea, Veliko Tarnovo is a place to visit.

When I visited the first time Veliko Tarnovo in August 2014, I have never heard of it before and to be totally honest with you I had not organized anything. After, when I opened a guide, I was ashamed to have passed next to so much history and places to visit… I decided to go back and to visit it. It was a real surprise to discover there were a lot of nice places in town and surroundings.

Veliko Tarnovo is known as « The Queen of Bulgarian cities ». This historical city is set amidst an amphitheatre of forested hills, in the hollow between the Danube River and the Balkan Mountains, divided by the ribboning Yantra River, whose meanderings form 3 peninsulas (Tsarevets, Trapezitsa and Sveta Gora), forming an improbable and atypical area.

The town is remained in the Bulgarian History and collective memory as the majestic and flourishing capital of the Second Bulgarian Empire.  In fact, in 1185, the city became the capital of the Bulgaria State restored by the brothers – boyars Assen & Petar. Those announced the end of Byzantine rule in Bulgaria, which lasted 167 years. For centuries, it was the political, administrative, cultural and spiritual centre of Bulgaria, while the city developed very quickly. Remarkable architectural monuments – as an impregnable fortress -, literature, arts, crafts and painting were created there. Veliko Tarnovo houses are arranged on the heights of the Pre-Balkan, stacked one above the other, situated on the slopy hills of the town show a remarkable, unique architectural style, an imaginary amphitheater.

Today, Veliko Turnovo is an administrative, cultural, historical, tourist and a student centre of Bulgaria.

The city is a geographical and communication center of the Northern Bulgaria. It is an important landmark for Bulgaria, and the statistics show that the city and its region are in the top ten of the most visited tourist destinations in Eastern Europe (with 1,5 million of visitors in 2013 –>> yes, it’s true, written in this article). In 2009, Veliko Turnovo was awarded the title « Balkan capital of cultural tourism« . Then, it is also the site of Bulgaria’s most prestigious universities with the “Saint Cyril and Methodius” University and the “Vasil Levski” National Military University of Bulgaria. Its population numbers approximately 89 000 inhabitants. The craft seems to be very present on the town, street art as traditional crafts.

The city seems very committed to promote its heritage and we feel it, to our delight. Also, many shows are held throughout the year highlighting the local culture and the beauty of the buildings.

There are lot of nice places in Veliko Tarnovo and we would need 3 days to visit every interesting places there. We selected some of them to visit in priority.

The Old Town of Veliko Tarnovo

It’s definitely the nicer place of the all town and a real pleasure to discover it, looking at the traditional flowered houses and its unique architectural style and walking on two main streets, the Rakovski and Gurko Streets.

The Rakovski Street is probably the most frequented by visitors. This pedestrian path is lined with old architectural houses, taverns, painting craft shops, wood carvers, goldsmiths, jewelers and art galleries. All this atmosphere made me very relaxed and happy to be there (again, again !)

Many artisans offer to sell items made sometimes on site as this craftsman who made for me a beautiful silver ring that I had spotted in his shop.

After walking in old town few hours, you have to walk along the Stefan Stambolov Street and then Ivan Vazov Street to arrive at the Tsaravets Hill, one of the most frequented tourist sites in Bulgaria. It is located on Tsarevets Hill in the old town of Veliko Tarnovo.Opening time 8:00am – 7:00pm / Entrance 6 levas / Parking : 2 levas/hour.

During the period of the Second Bulgarian Kingdom, from the year 1185 to 1395, Bulgaria was the largest and the most powerful state in Southeastern Europe, and Tsarevets Hill was the main fortress of the medieval capital, Veliko Turnovo.

There, the Fortress, the Walls, the Baudouin Tower, the Royal Palace, the Boyard House or the Execution Rocks are some attractions to visit.

It is one of the oldest and richest galleries in the Bulgarian country, opened since 1934. It collects and keeps the works or Bulgarian artists and shows the development Art over the years. There is 3 sections : painting, drawing and sculpture. Opening time : Tue – Sun : 10:00am – 6:00pm /2 BGN (Free of charges on Tuesday) /Located Asenevtsi Park /Phone : 062638961.

Located in a garden overlooking the street, this church was raised in 1861 by master builder Kolju Ficeto. An arcaded narthex leads to the sanctuary whose aisles are topped with vaults overturned boat hull. The interior contains a Baroque gallery and a richly decorated iconostasis.

On the Arbanassi road – Arbanassi village is situated 4 km north east of Veliko Tarnovo, on a high plateau which reveals beautiful view to Tsarevets and Trapezitsa hills. The village is very popular tourist destination with its remarkable old houses and churches with detailed wooden ornaments and wall – paintings.

This old town has preserved monuments of the beautiful architecture of the time of the Bulgarian Revival, ancient churches and picturesque courses plains of flowers and greenery. Arbanassi is a museum town registered the UNESCO World Heritage.

Monastery of the Transfiguration

On the Ruse road – It is the biggest of the monasteries around Veliko Turnovo and the fourth largest in the Bulgarian country. It lies at a distance of 7 km from Veliko Turnovo in the wooded gorge of Derventa, below the caves in the cliffs which surround the Belyakovo Plateau (Opening time : 9:00am – 6:00pm).

Localization : In Center Northern Bulgaria, at 221 km from Sofia and 226 km from the Varna, Burgas and Ruse / When to visit : Every year, but mainly in the nice period, from May to October / How many time : 2 days (surroundings included) / Walking tour : Free Veliko Tarnovo Walking Tours – Facebook / Where to sleep : Hotel Studio / Restaurants :  Han Hadji Nikoli 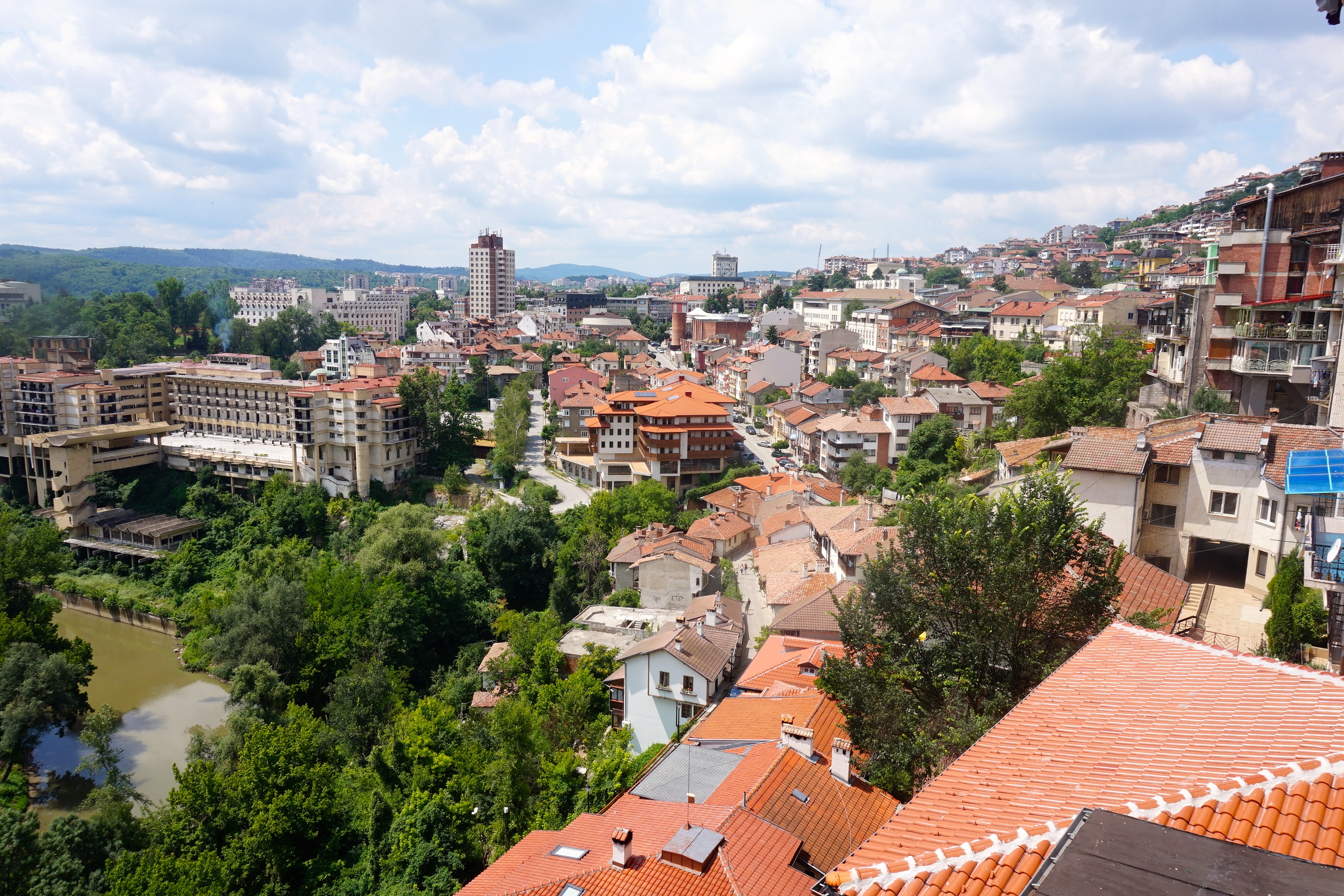 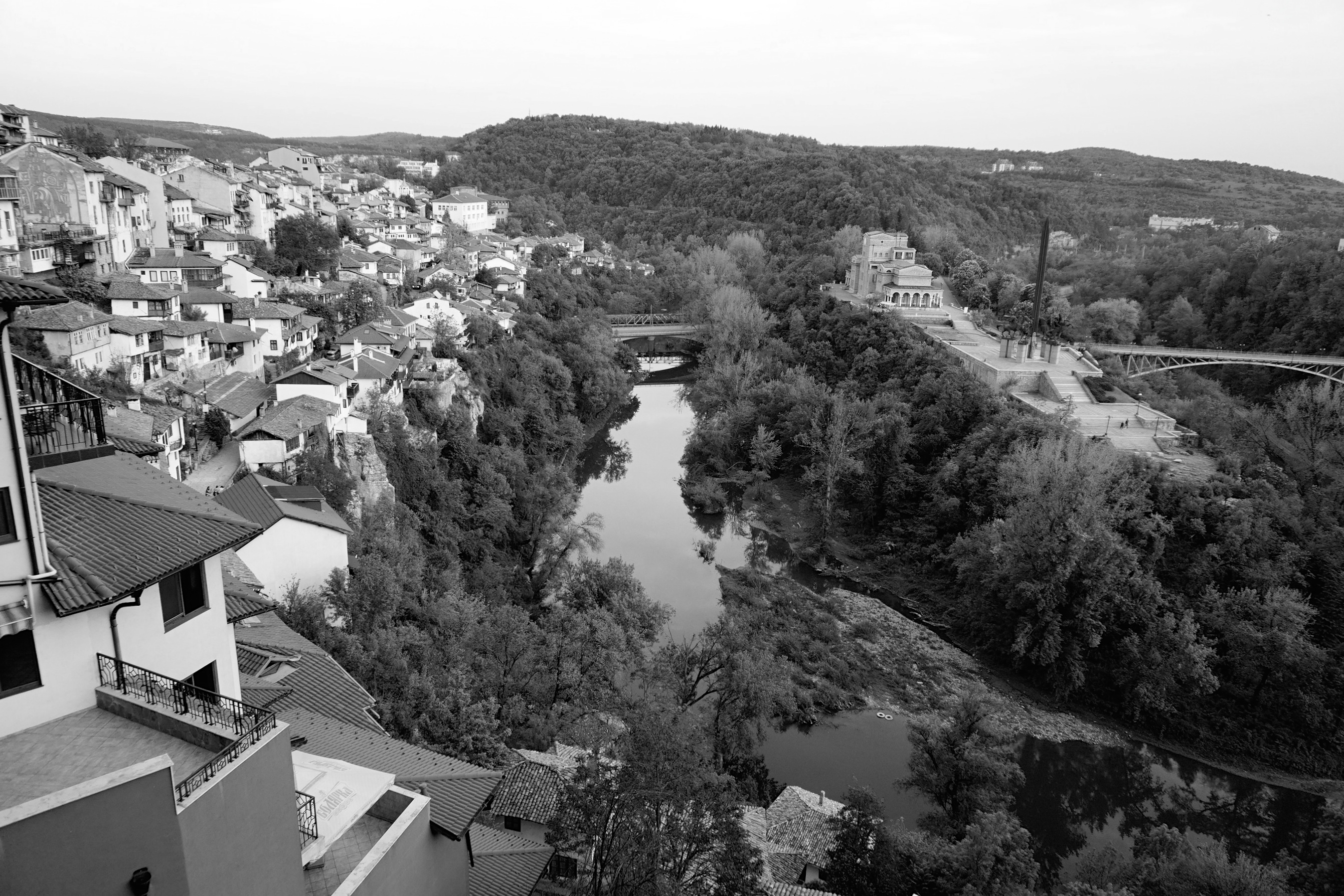 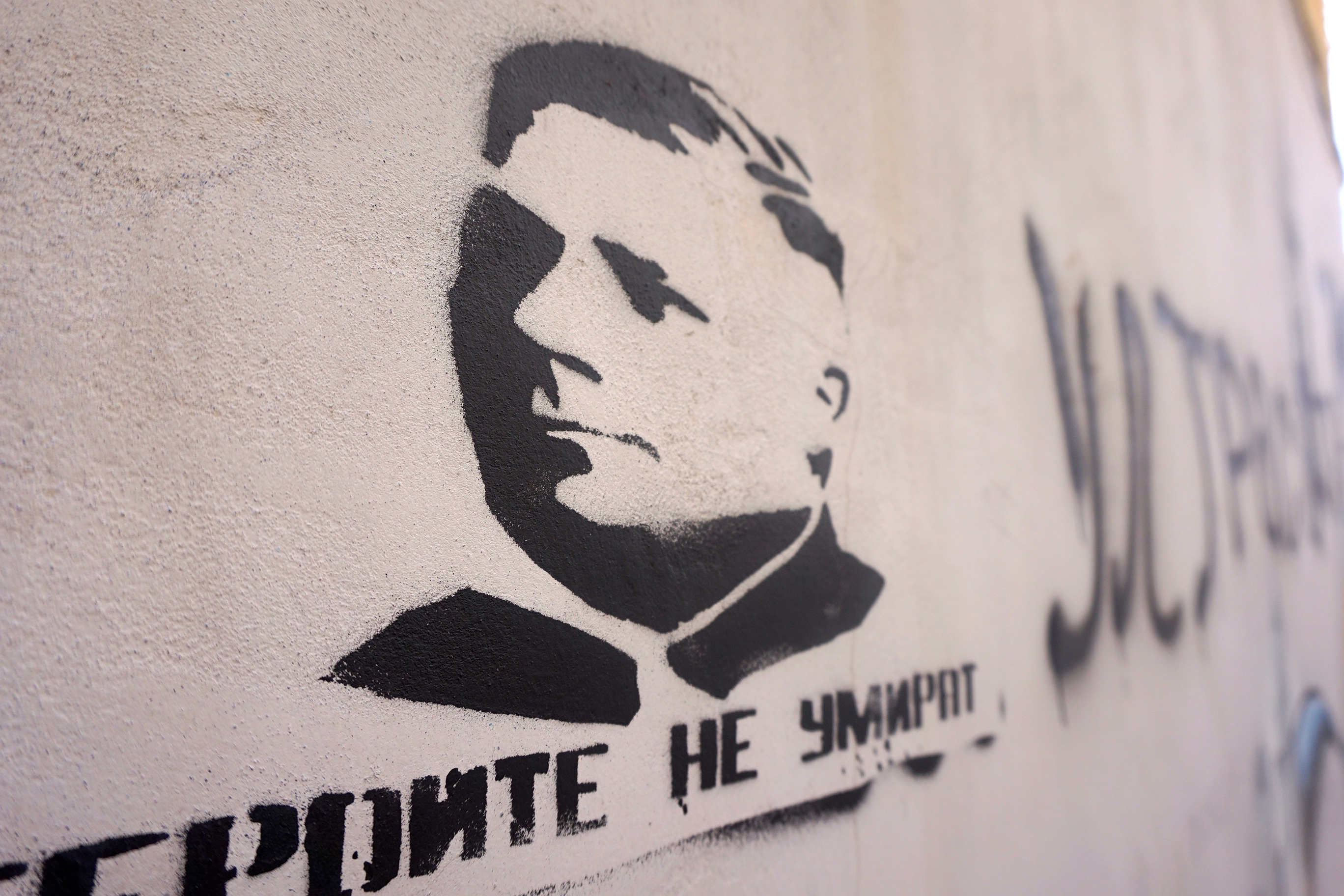 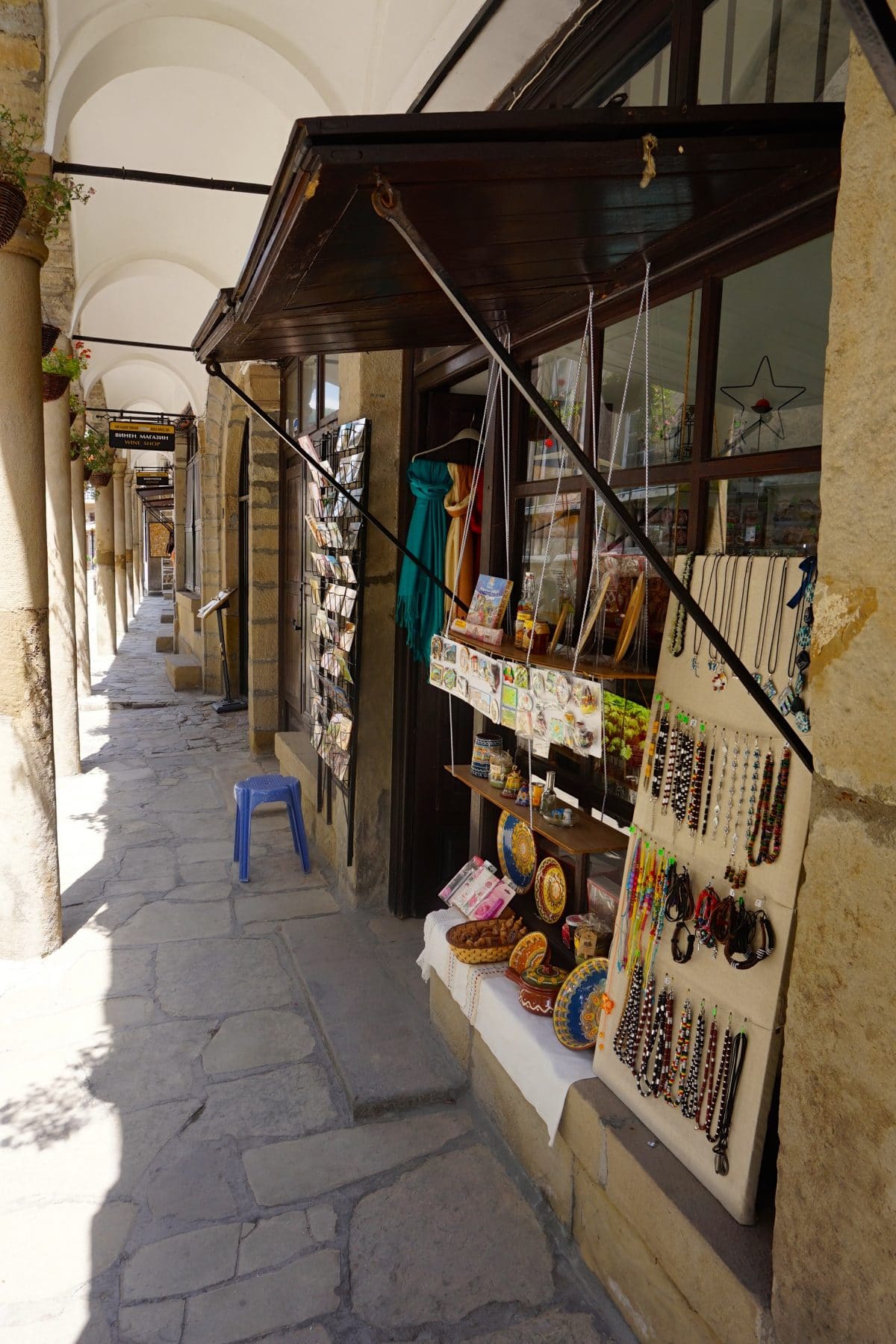 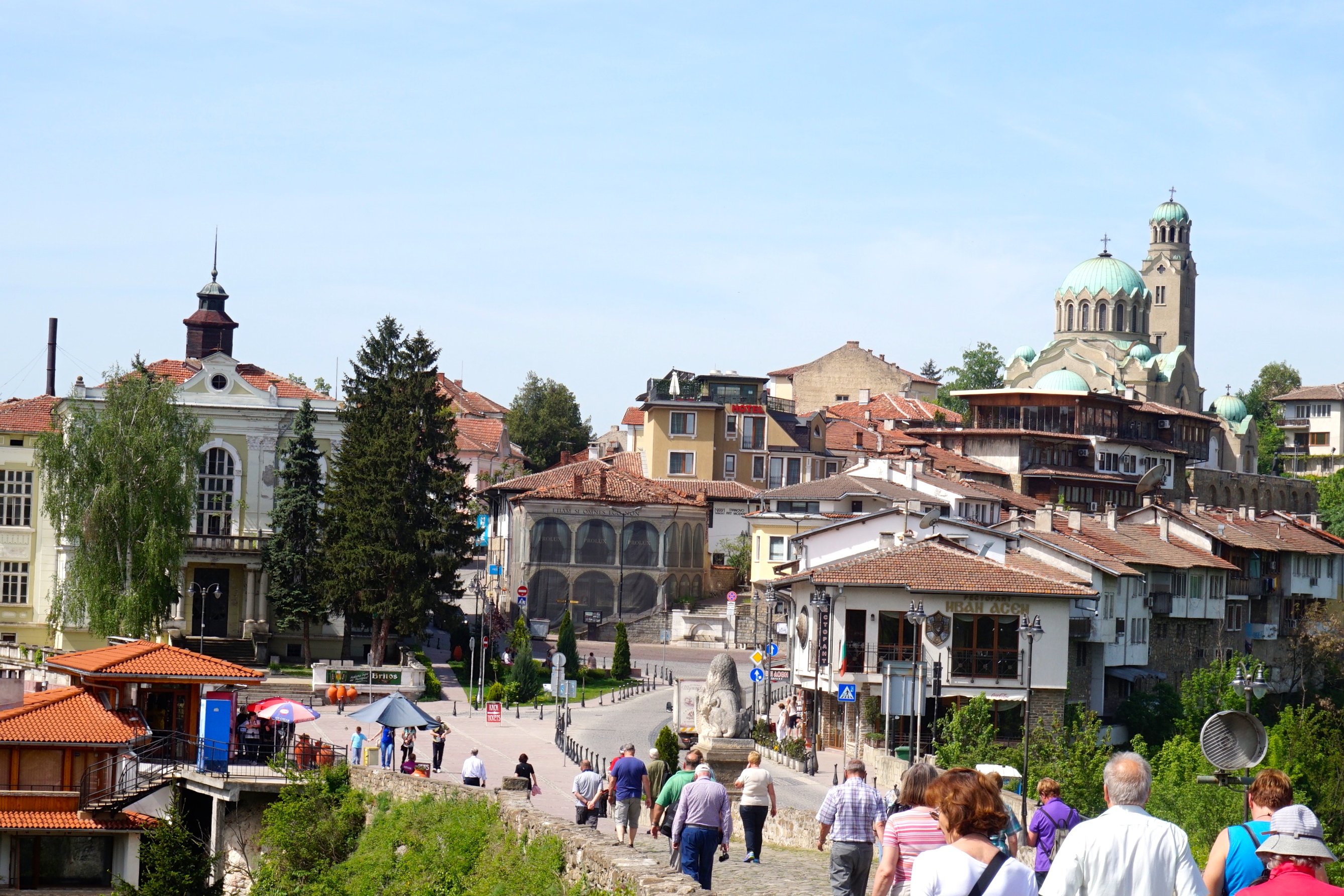 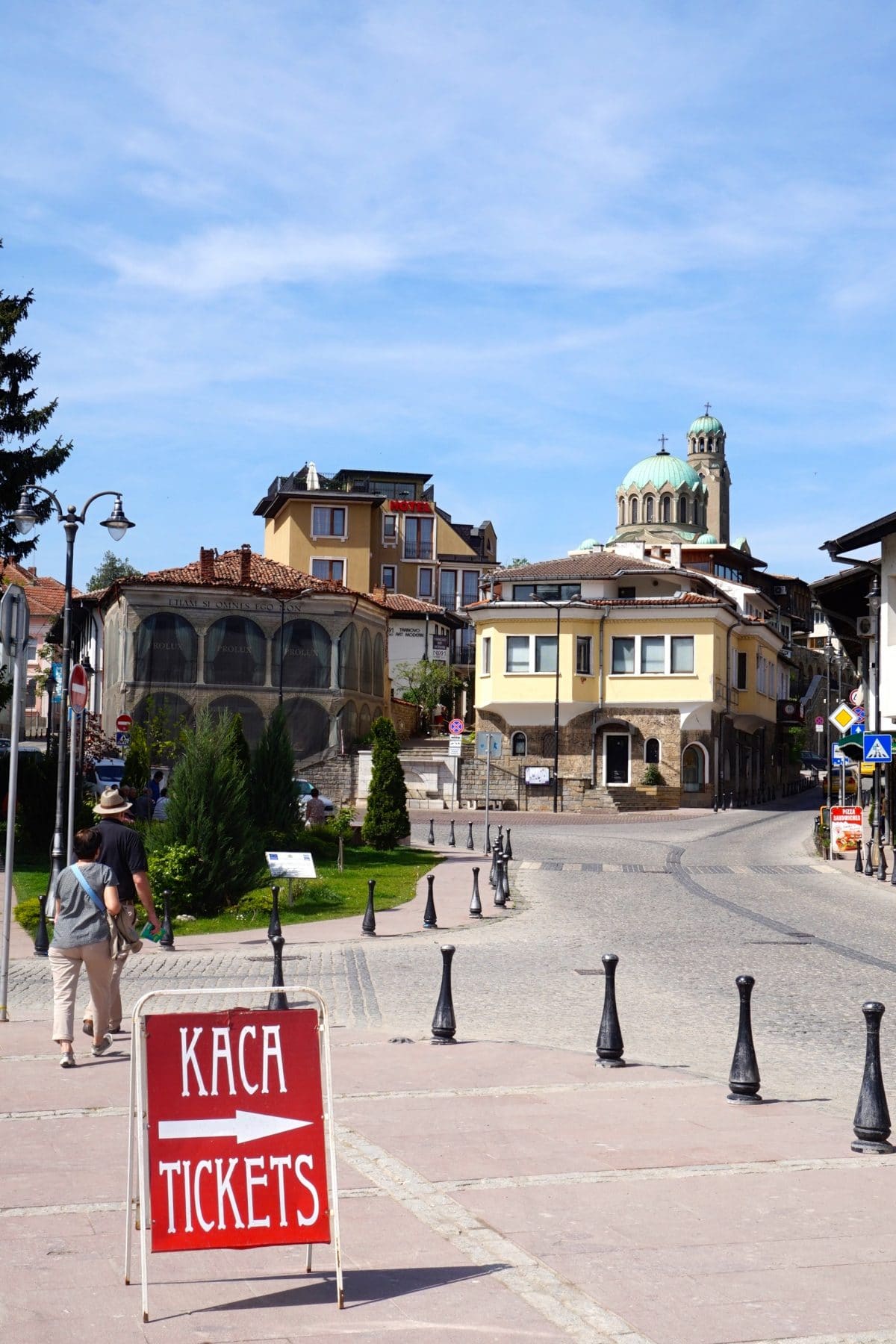 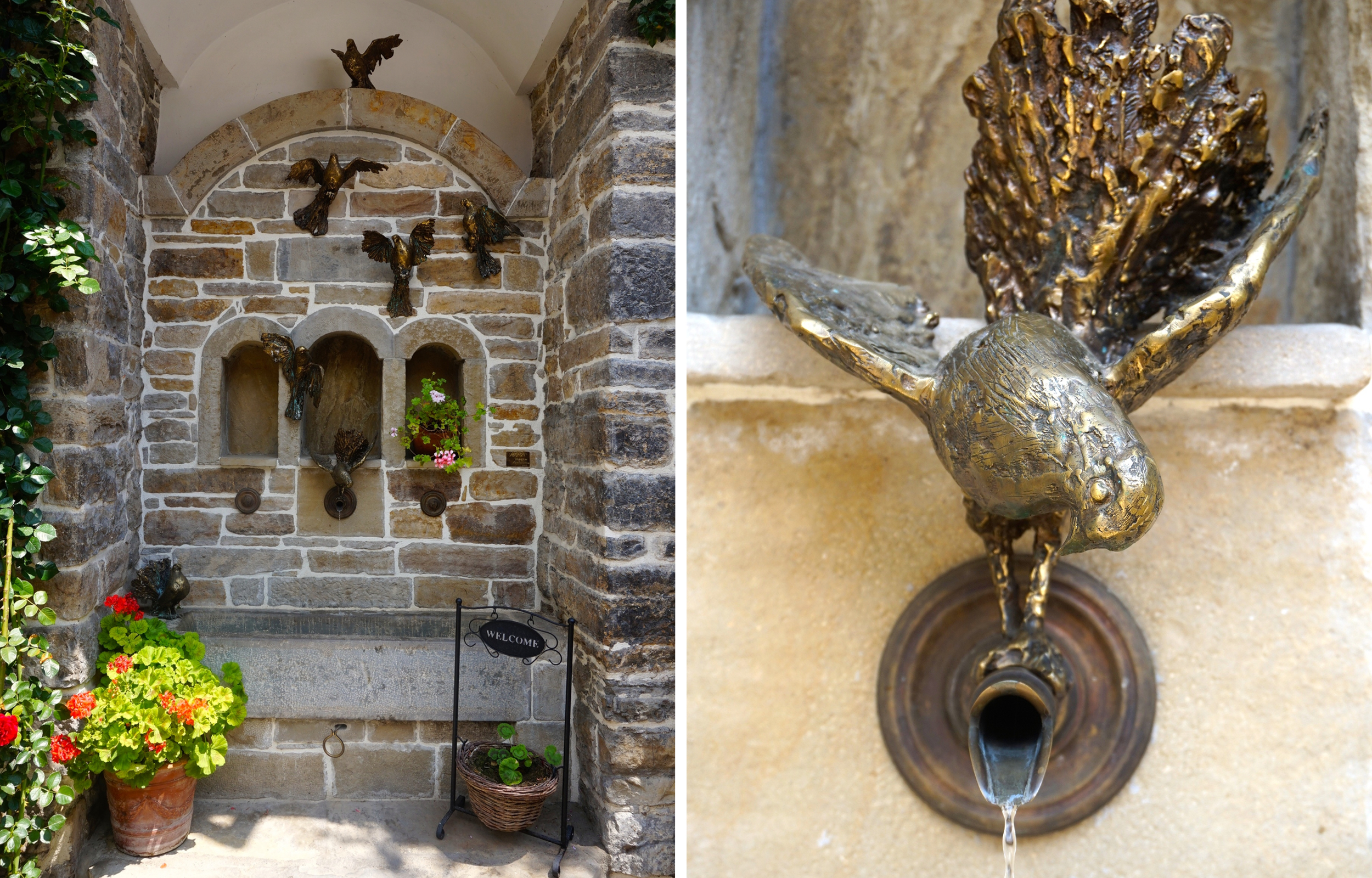 Romantic Escape In Bulgaria : 6 Small Towns To Fall In Love

5 Of The Best Places To Have Brunch In Sofia (Miam!)

Airbnb In Sofia : 7 Coolest Where You Should Stay