The Sea garden is the Varna’s largest, oldest and best known public park, also said to be the « largest landscaped park in the Balkans ». We went to discover this historical place, an emblem of Varna town.

Located on 850 decares along the seaside line, the Sea garden is an important tourist attraction and a national monument of landscape architecture. To provide some background for the Sea garden, until the middle of the 19th century, the site was a bare field outside the city walls. In 1862, a small garden was arranged on the orders of the city’s Ottoman mayor. After the Liberation of Bulgaria in 1878, mayor Mihail Koloni suggested the arrangement of a city garden and a seaside park in 1881. As a result the Sea garden was expanded to 26,000 m² and further developed according to the plan of French engineer Martinice. 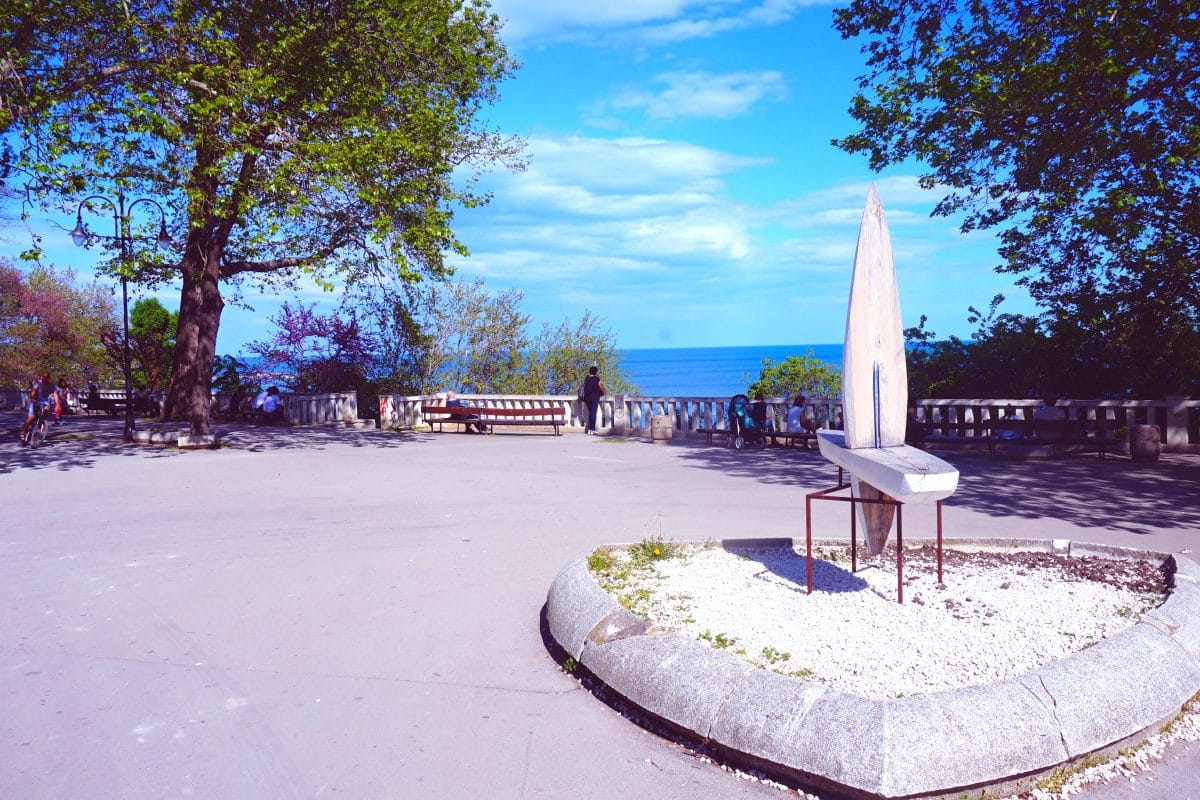 The Sea garden is actually the favourite place for recreation and fun of the citizens of Varna, old and younger. Apart from the long alleys for promenades, the sea coast with the beach and numerous nice restaurants, as Marché restaurant, bars and clubs, one could also enjoy a swimming pool complex with an amazing view on the sea, and lot of children’s playing grounds. For sure, mainly when it’s sunny, it’s a real pleasure to stroll in the park, also to make sport, to walk, to run, play tennis (check the club), meditate, bike ride or just draw on the ground (for children of course !). Besides, the children who draw there are real little artists. Bravo ! 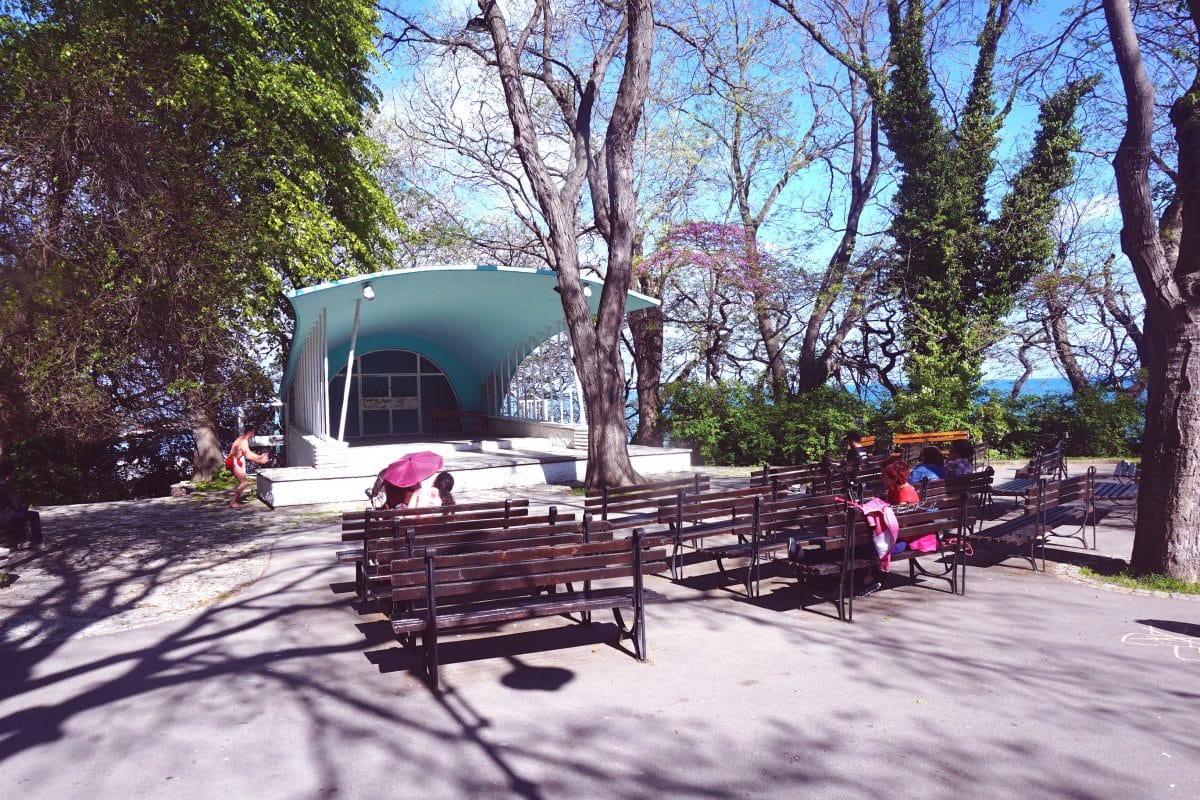 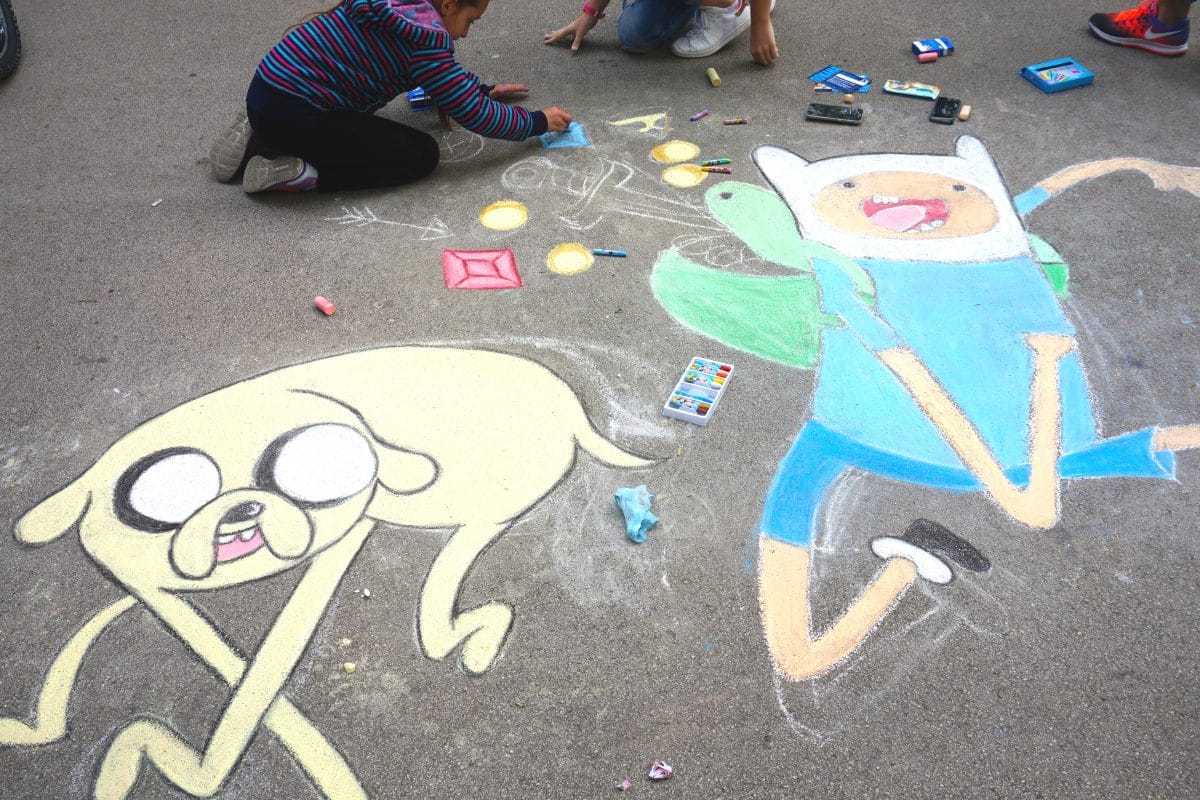 Just before the main alley of the Sea garden is situated the called « Bridge of Wishes », a small bridge which is believed to fulfil wishes if you cross it walking backwards and with your eyes closed (we made a lot of wishes for you !). 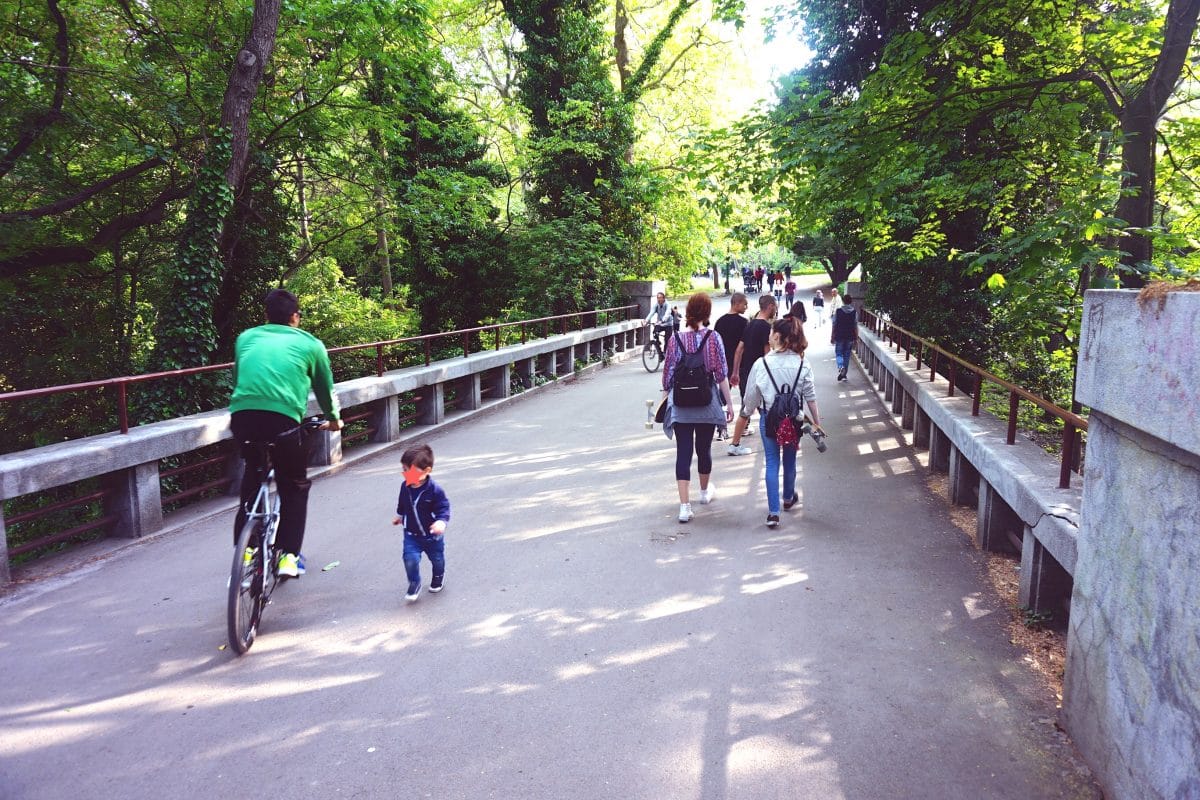 On the Sea garden, there are also lot of things to visit : an Alley of Cosmonauts (1960s), where the first cosmonaut Yuri Gagarin planting the first plant, a silver fir, on 26 May 1961 before a large crowd; the Pantheon of the Perished in the Fight Against Fascism; the Observatory and Planetarium (1968), known as the “Nicolaus Copernicus” taking place on the site of the old open-air theatre, also the first astronomical complex in Bulgaria and the biggest and most modern planetarium in the Balkans; the old open-air theatre, the venue of the Varna International Ballet Competition since 1964; the Varna Zoo opened in 1956; a Dolphinarium; a Museum of Natural History. There is a sun-dial representing a flying swan at the entrance of the Sea garden. The Exotic Zoo Terrarium opened in 1998 offers the most varied and unique exposing collection of terrarium animals in Bulgaria with a permanent exhibition of exotic animals – invertebrates, fish, amphibians, reptiles, birds and small mammals with more than 70 species of animals. Then, the Naval Museum offers an interesting display of historic naval objects such as the famous bulgarian Drazki torpedo boat.

At the end of the park, follow the walk-bike path and discover beautiful views of the sea. 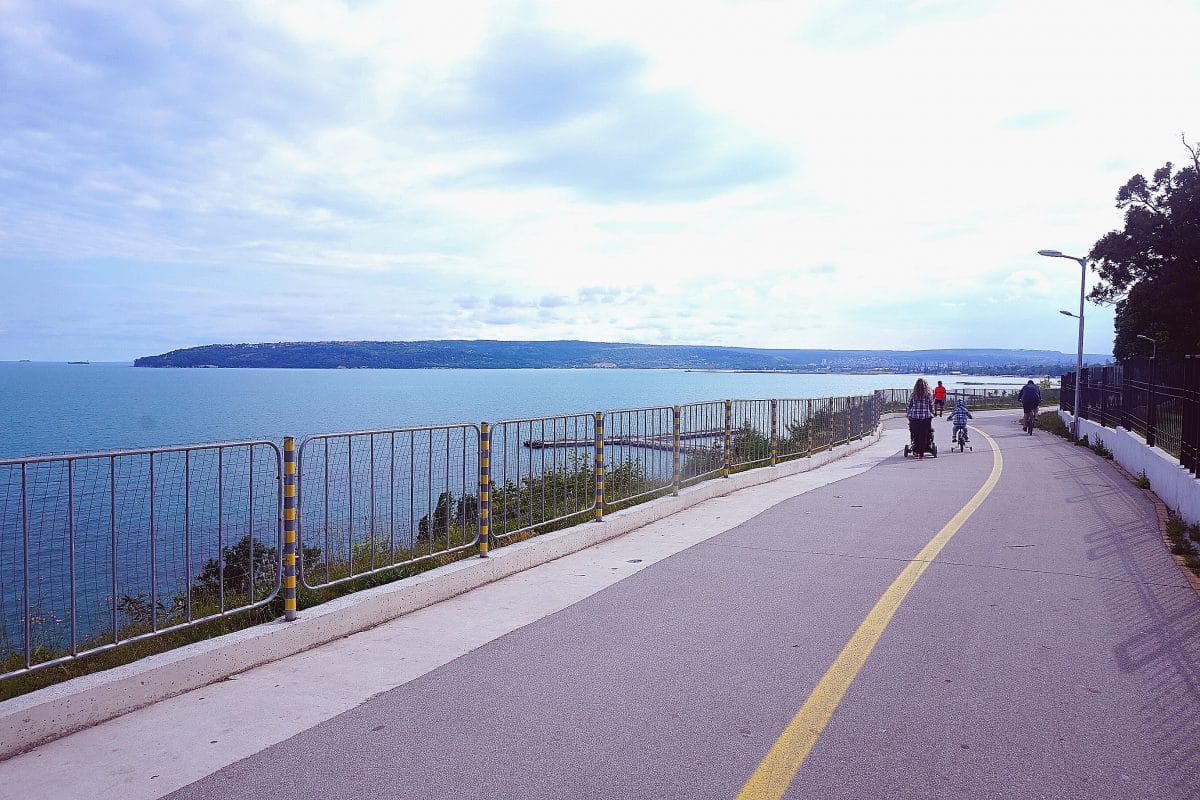 This Sea garden is a real museum in the open air, in a magnificent natural setting. Nice discovering. 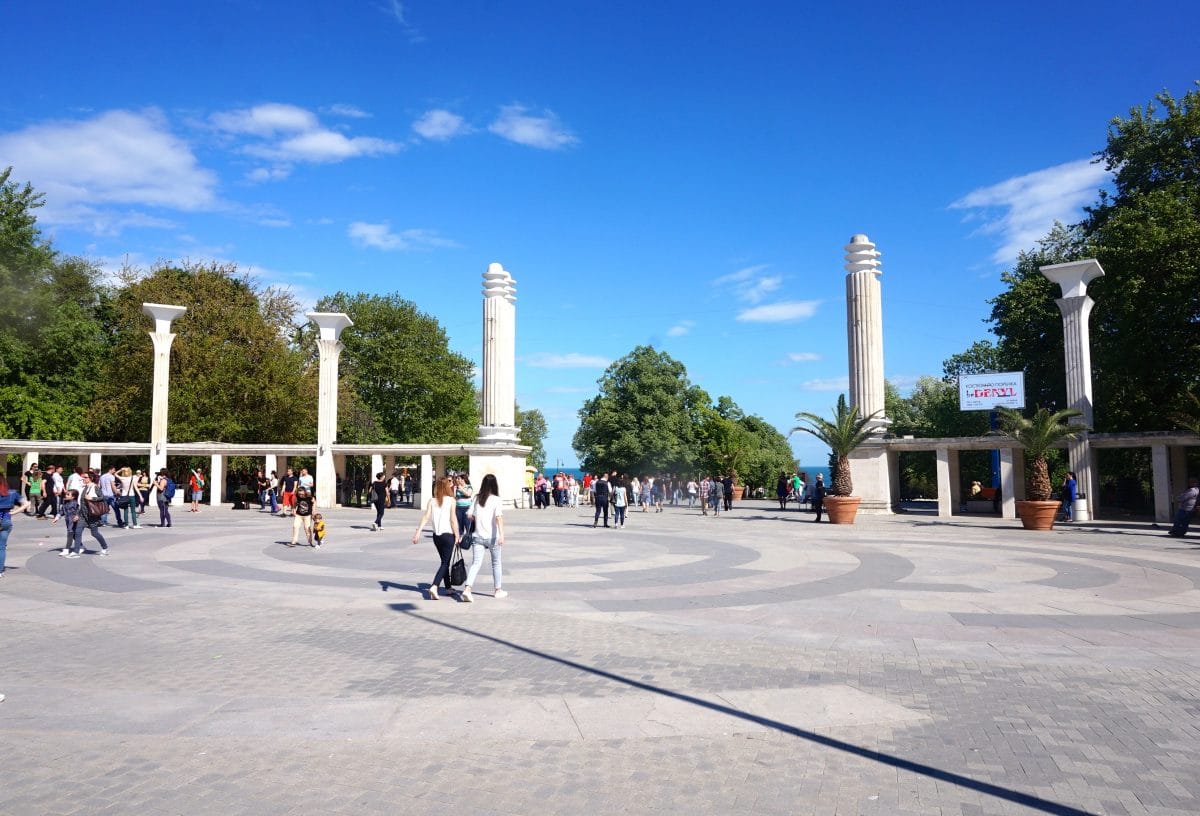 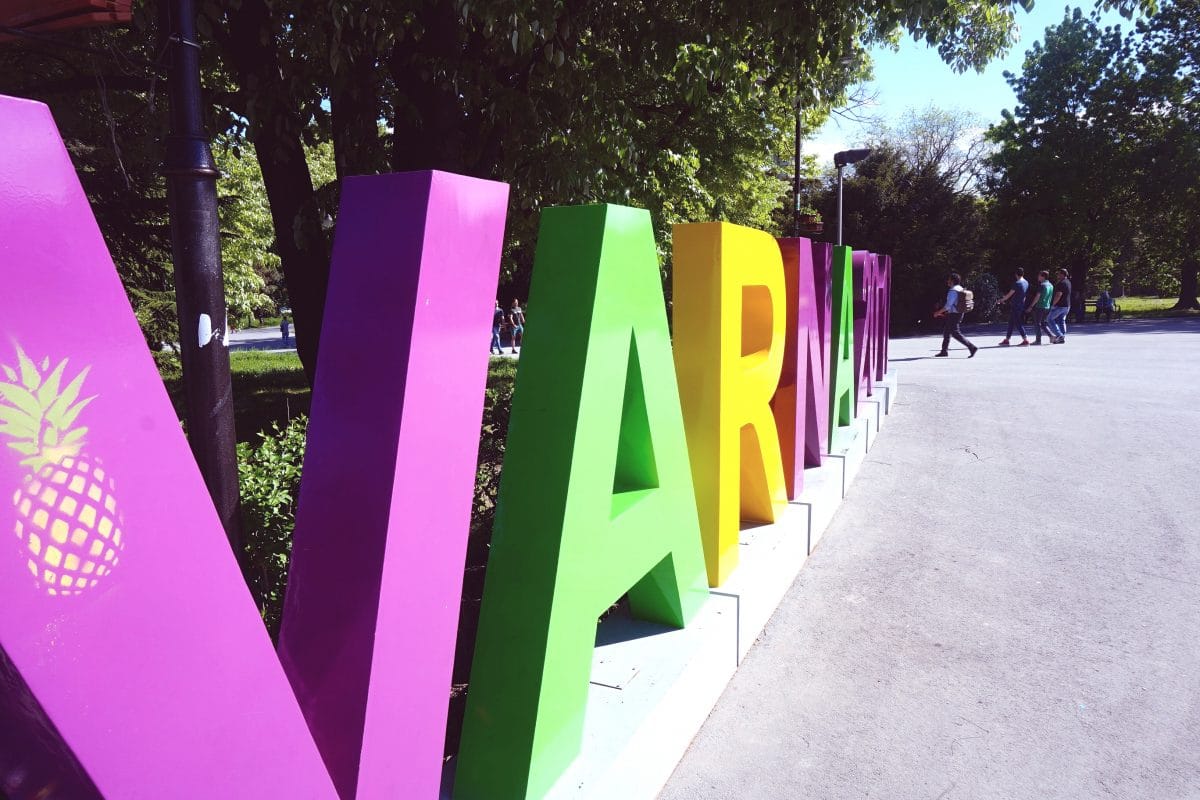 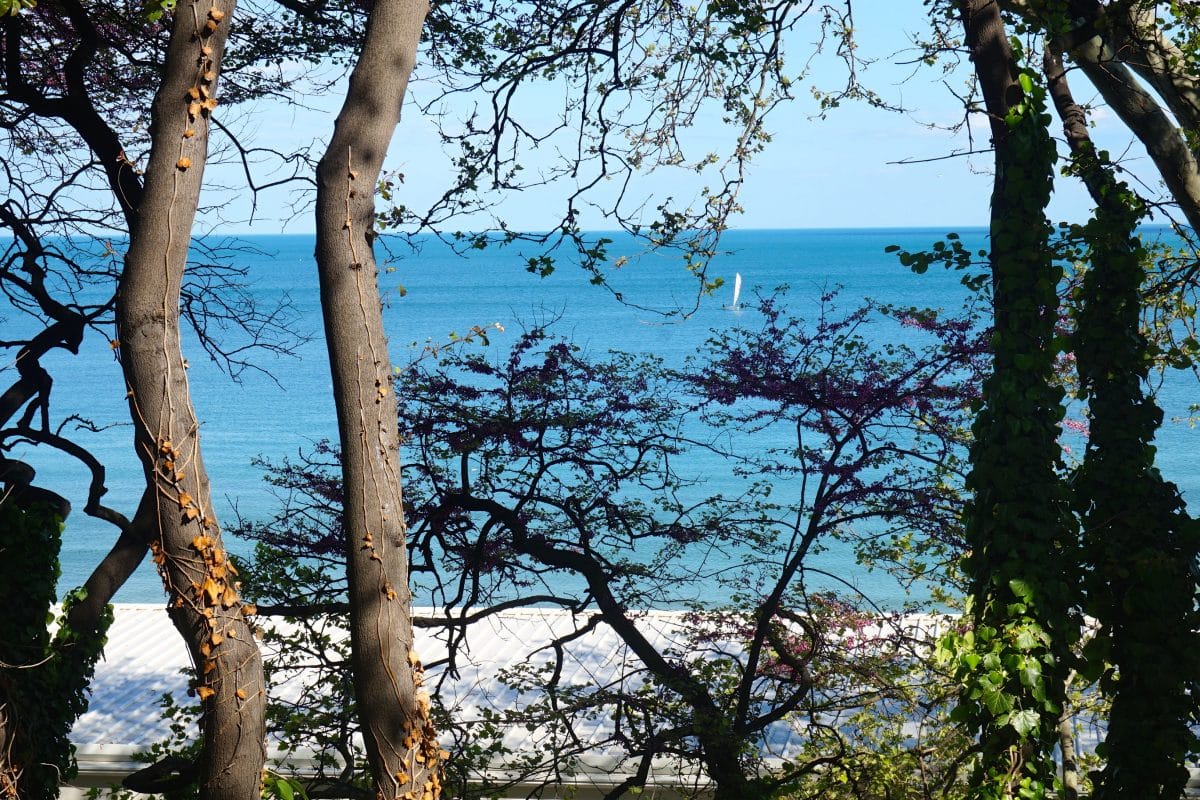 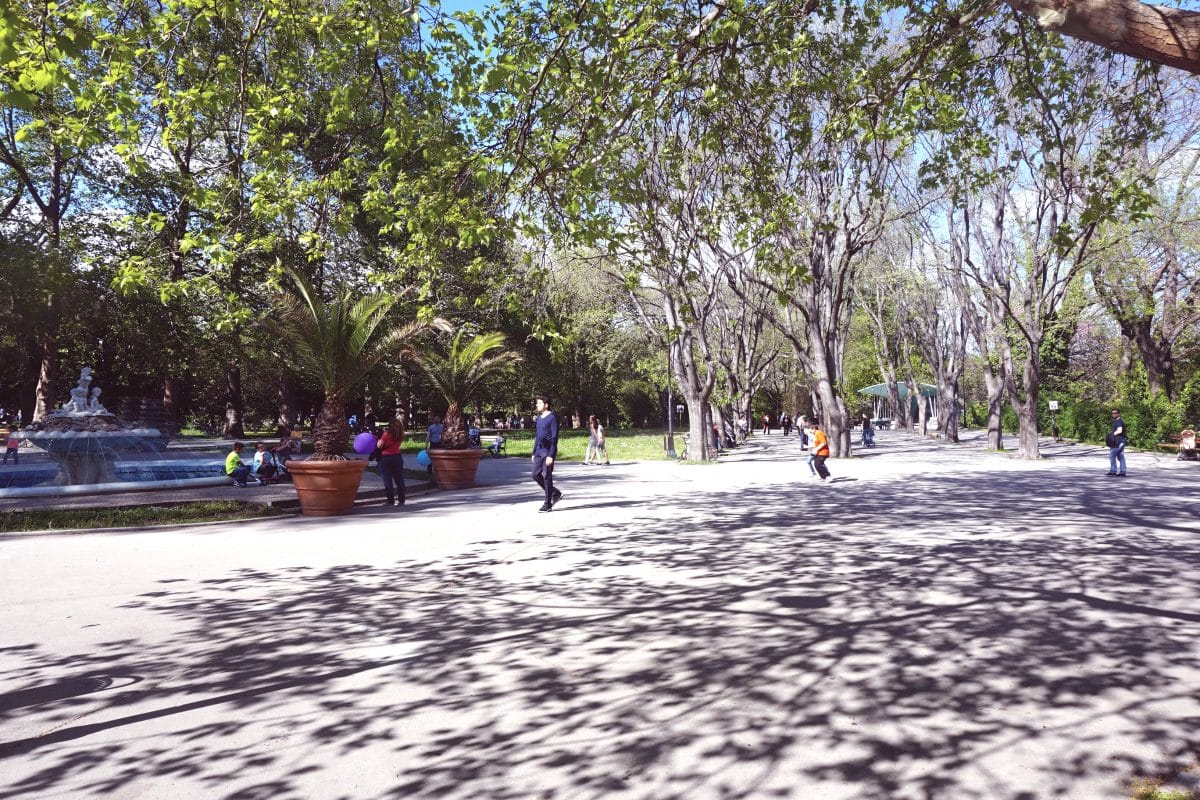 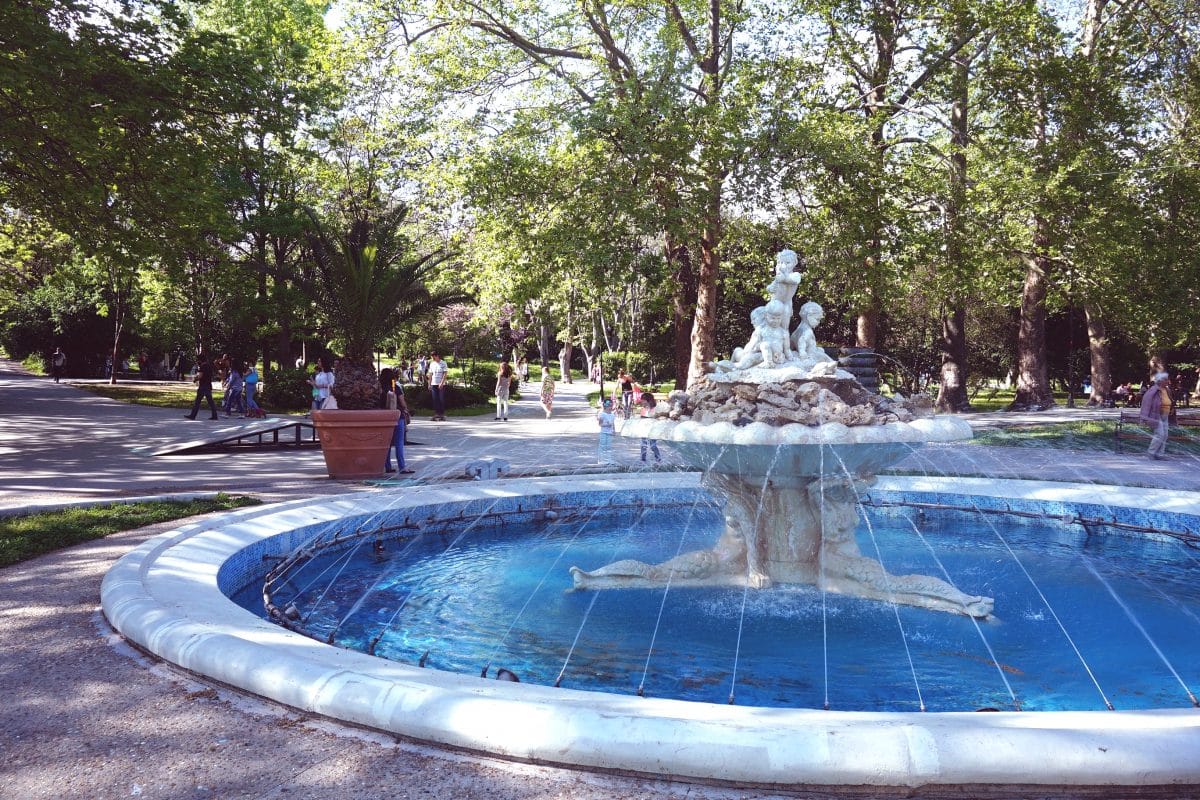 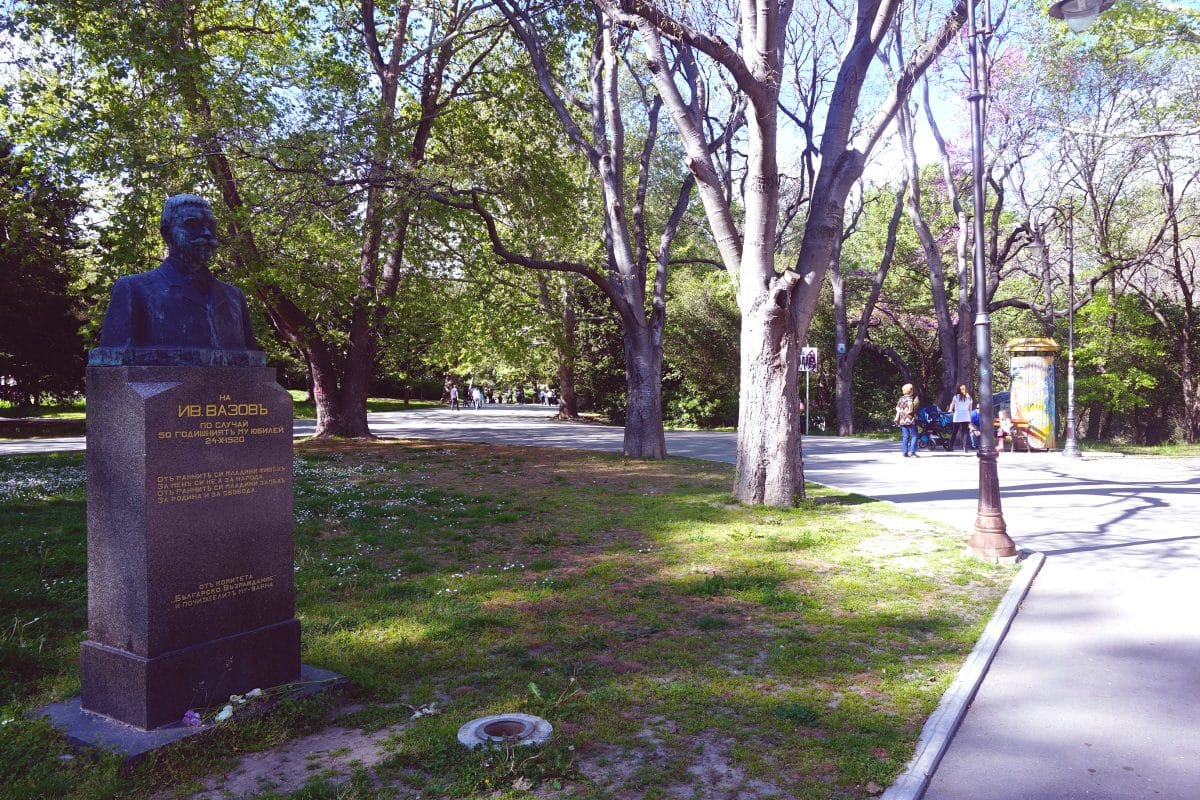 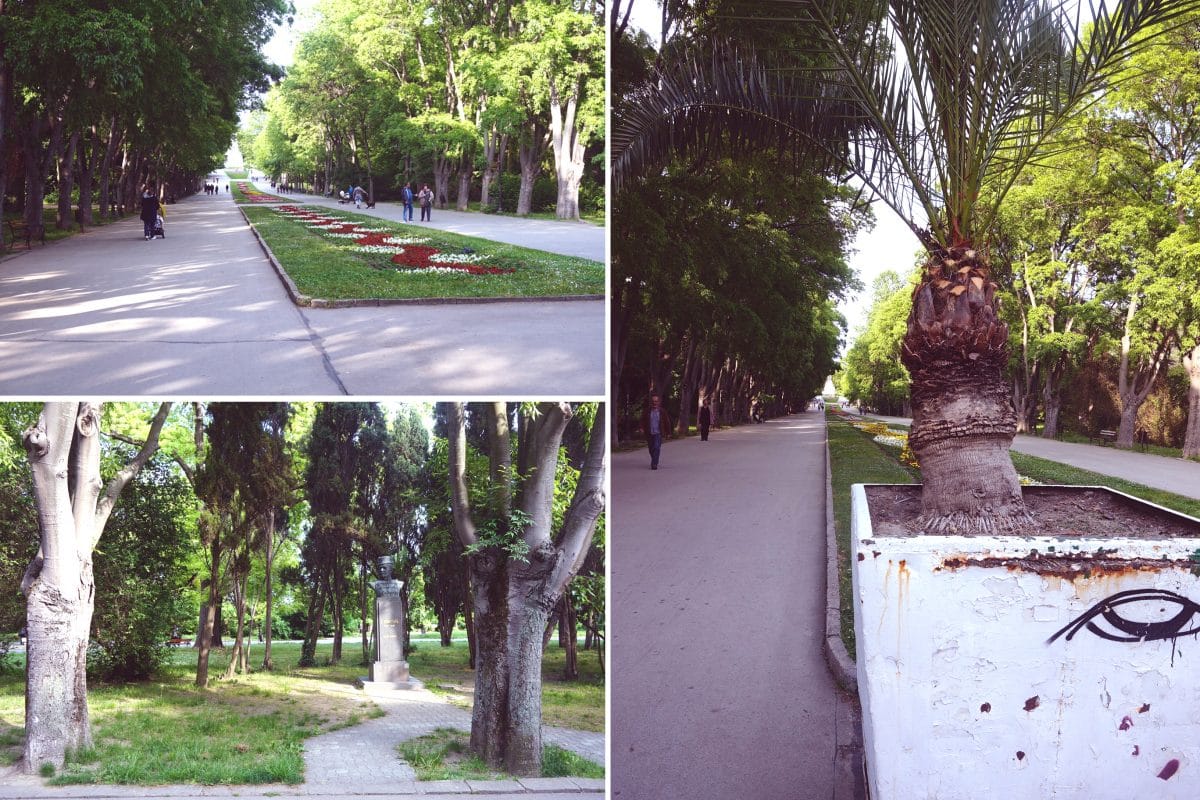 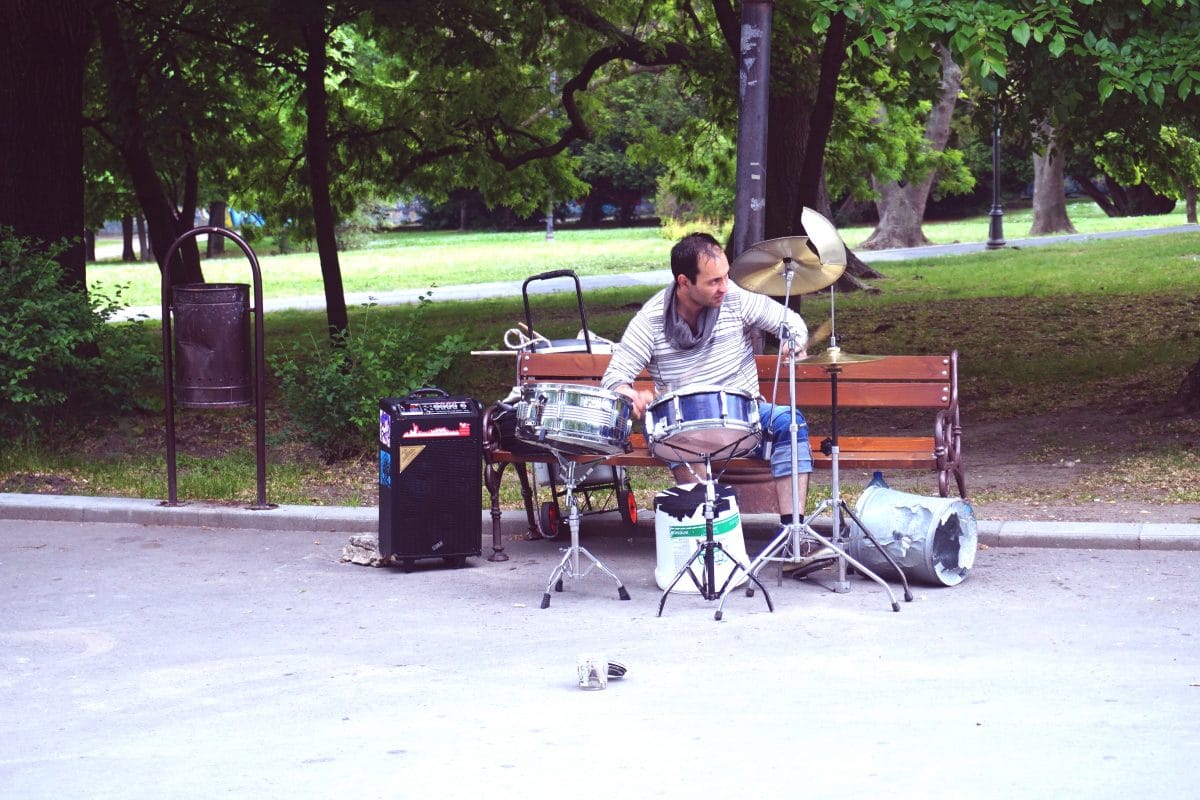 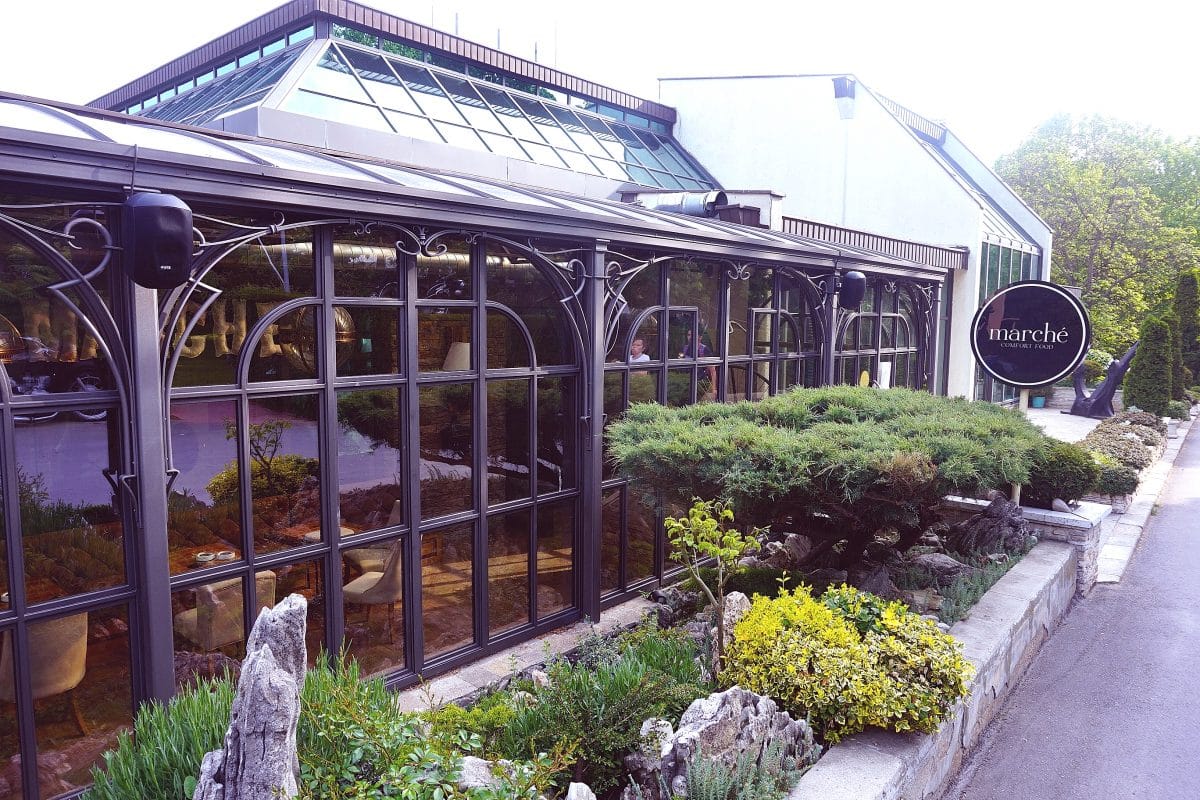 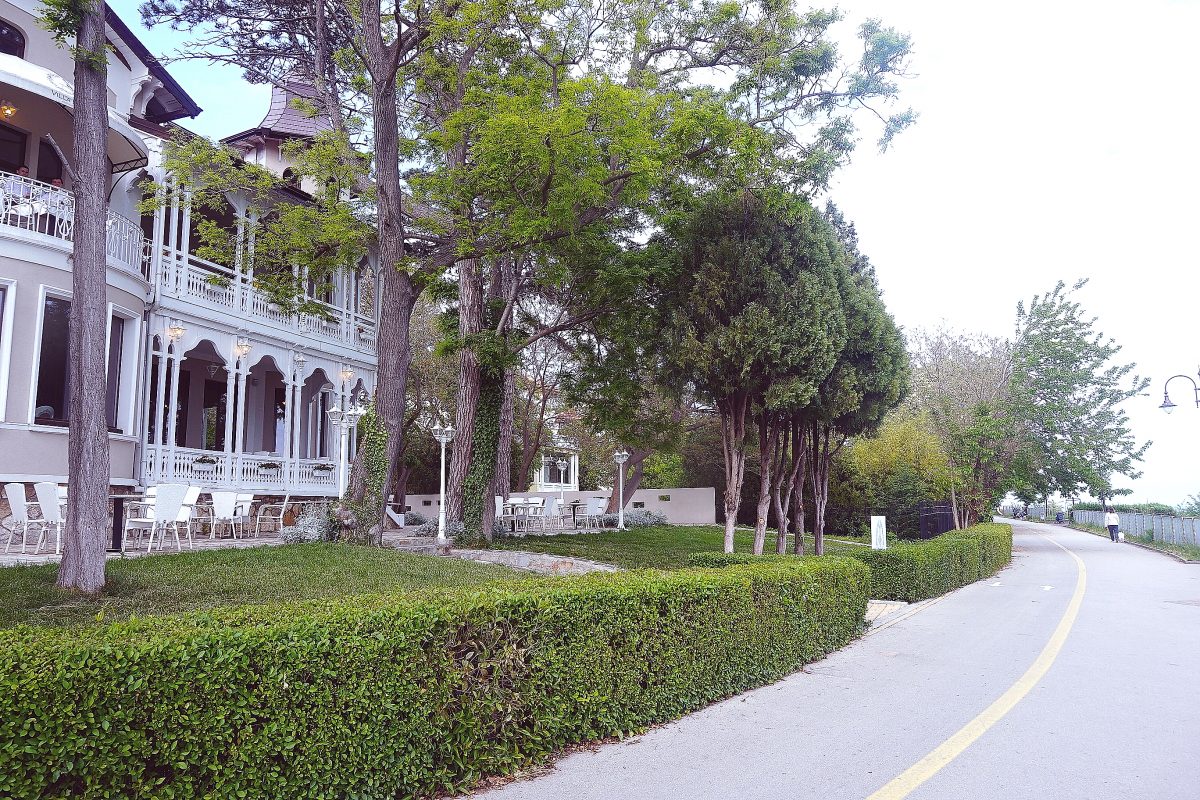 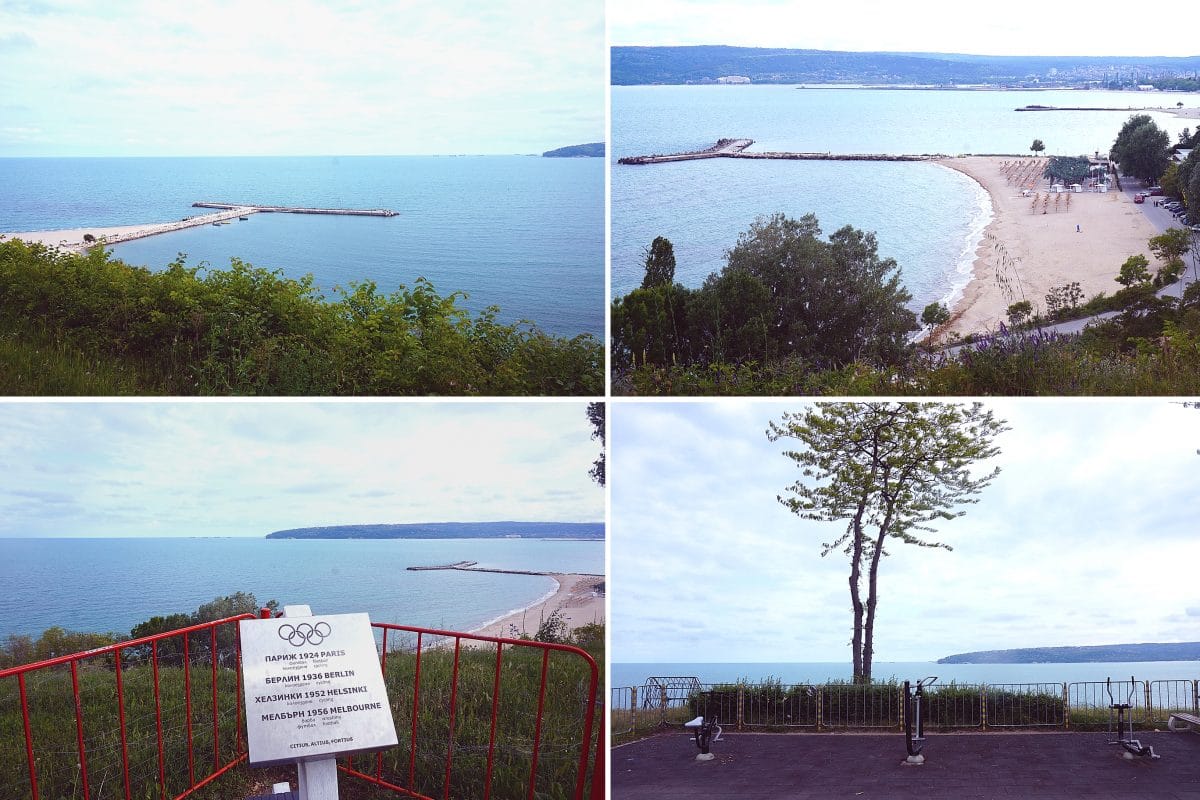 The « Must Do » on a short break to Sofia

Varna In Winter : The 13 Best Things To See And Do

We Tested the Sleeper Train From Varna To Sofia