From April 20th to April 30th the 11th edition of the International Festival for Contemporary Dance and Performance Antistatic will take place in Sofia. 10 days, 18 performances – keep calm and dance on !

After more than 10 years of existence and having invited 100+ performances of artists from 5 different continents, Antistatic – one of the most sustainable and renowned contemporary performing art initiative in the capital and in Bulgaria – is declaring an artistic “state of emergency”. The festival’s founders, the artists Iva Sveshtarova, Willy Prager and Stephan A. Shtereff, describe it this way :

“Our contemporary world insists that “a state of emergency” relates to threat, fear, terrorism and control. However, in Antistatic’s own dimension the norms imposed from outside automatically cease to be valid. So for us “a state of emergency” now means that we are claiming a territory, where we shuffle the rules and open up more space for contemporary art. Furthermore, we reserve the space we need for the first “Bulgarian dance platform” of Antistatic to happen.  So – keep calm and dance on! It will be WOW, we will speak dance, it will be romantic and most importantly – it will be demilitarizing.”

On April 20th Antistatic’s international program kicks off pompously with the 4 solos, constituting “HOMMAGES” of the legendary dancer, choreographer, singer and teacher Mark Tompkins (USA/France), who has been awarded with Society of Dramatic Authors Composers (SACD) Choreography Prize for all his work and is coming to Bulgaria for a very first time. Driven by his endless curiosity towards the exaggerated theatricality and eroticism of cabaret and music hall, he puts himself in the position of four artists with great significance to modern dance history – Vaslav Nijinski, Valeska Gert, Josephine Baker, Harry Sheppard – and pays them his memorable tribute. 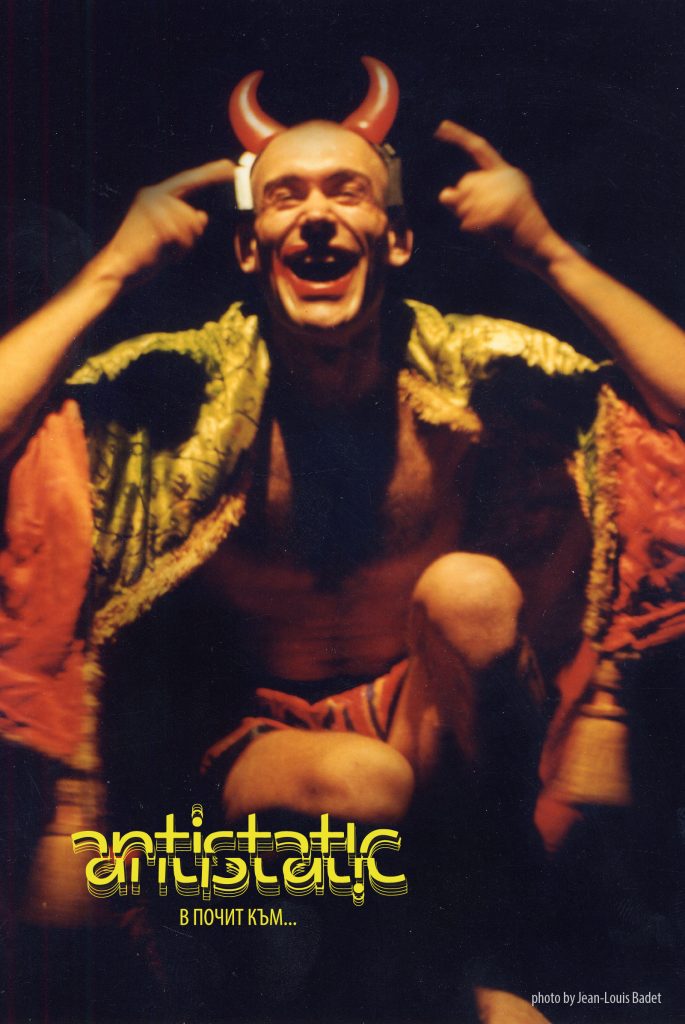 Next in the program on April 21st  comes the exiting encounter with the work of the very promising choreographer Uri Shafir (Israel), who until recently was a dancer in the world-famous Ensemble Batsheva Dance Company with artistic director Ohad Naharin, the inventor of Gaga movement language. Shafir’s performance “HABITAT” embarks from the American conceptual artist Robert Barry’s words “nothing seems to me the most potent thing in the world” and tries to capture and express what is really alive in live performance. 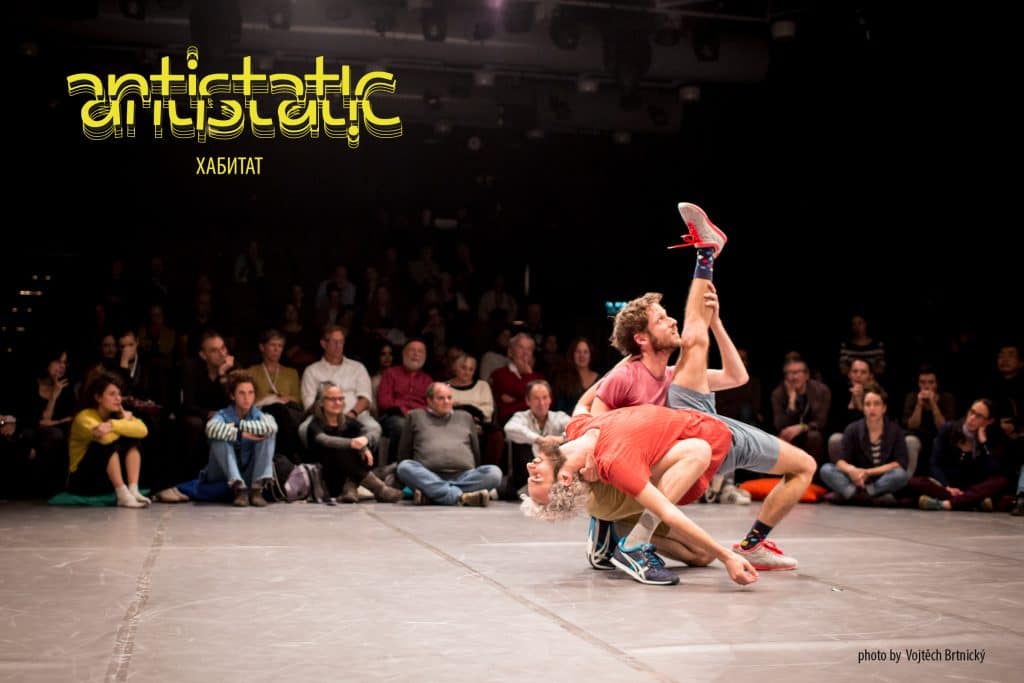 On April 24th Benjamin Bertrand (France), another choreographer who is quickly gaining international recognition, will gracefully carry over the stage the movement of wind with his “RAFALES”. All that is needed is a man, a woman, a ventilator and a gust of wind which connects them. The rest is fluidity and never-ending wavelike movement. 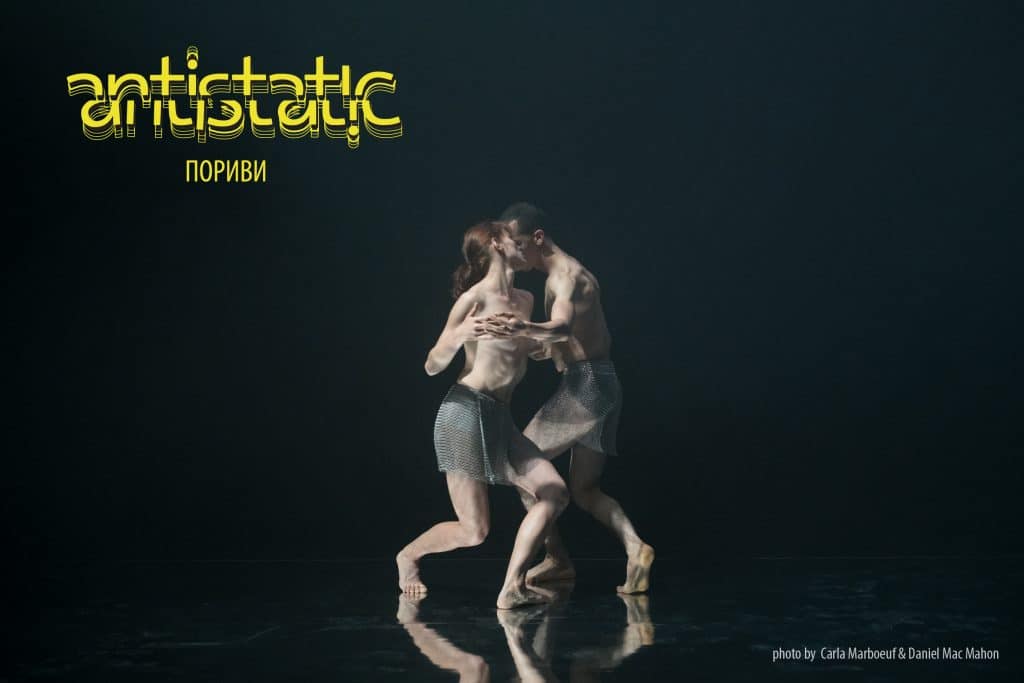 On the next day, April 25th the program vigorously throws us back in our time with the studies of the authoritarian character “RAPTURE AND RAGE” of the media and performance collective LIGNA (Germany). For the creation of this work, which kicked off the theatre season in Frankfurt and received significant attention, Ole Frahm, Michael Hueners, Torsten Michaelsen are joined by the Bulgarian artists Stephan A. Shtereff and Emilian Gatsov. Together they explore the rising attractiveness of fundamentalism in Europe and turn the audience into the main character of their impressive, interactive performance.

The powerful ending of Antistatic’s international program comes on April 26th with “WONDERWOMEN” of the choreographer Melanie Lane (Australia/Germany). She has invited two female professional bodybuilders and positions them into the context of a performance, in order to offer a new perspective towards this highly demanding sport, which alters the body completely. And inevitably triggers a dialogue with our senses about categories such as strength and vulnerability, athleticism and femininity. 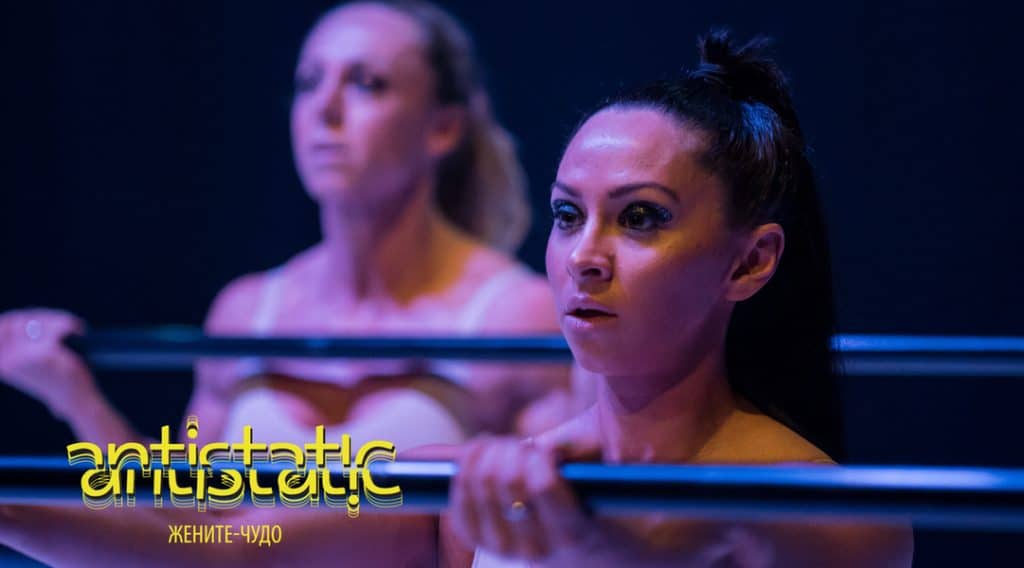 Tickets for all performances are already in sale and can be purchased from EASY PAY’s cashiers across the country, National Palace of Culture’s tickets center or online at EPAYGO.BG. All tickets are sold in preferential prices in advance and will be more expensive on the day of each performance. So, do not postpone but arm yourself with a ticket today, as this is the only weapon allowed during Antistatic’s “state of emergency”.

For more information and interviews, please get in touch with Ina Doublekova and Kremena Hristova (A25 Cultural Foundation) at m:00359/889 61 61 43 or via  e-mail: info@a25cultfound.org.

Next Stop Of Gelato Festival Challenge In Sofia