When you visit the town of Veliko Tarnovo, the Monastery of the Transfiguration is an undeniable stop. Located at 6 km from the older Bulgarian Capital, it is the fourth largest monastery in Bulgaria and one of my best ones.

I visited the Monastery of the Transfiguration during my 2-day short week-end in Veliko Tarnovo, last April. When I organized my trip, I discovered that this monastery was very close and impossible for me to not visit it at the same time. It wasn’t very difficult to find it but (because there is a « but ») the attraction indications are not evident. Have a GPS ? yes, of course, but sometimes also, it’s not very easy for the GPS to find the place, without a specific address – only the name of the monastery – or because it isn’t referenced.

At 6 km from Veliko Tarnovo, you have to take the Ruse Road (Pyce) and, after 4.5 km out of town, take the deviation discreetly shown on the left. It is not visible from the main road. You get to the monastery by a steep and rustic road rising into the forest.

So, it may happen that you abandon to visit the place failing to find it. The few Bulgarian people met will speak Bulgarian (in Bulgaria, it’s normal !) and they will not be able to help you fault for you to speak Bulgarian. My message : I LOVE BULGARIA but please more evident indications about the places and attractions to visit would be a very good idea, thank you !

The Monastery of the Transfiguration or Preobrazhenski Monastery is the largest monastery of Veliko Tarnovo area and the fourth largest monastery in Bulgaria after the Rila, Batchkovo and Troyan Monasteries. It is also one of the oldest. It is a very cute monastery, on a slightly sloping terrain at the foot of a cliff. It has a beautiful view on an other monastery, the Patriarchal Holy Trinity Monastery, located on the other side of the canyon.

It was founded during the period of the Second Bulgarian Empire between the 13th and 14th century. At first, he worked as a monastery for nuns, attached to Vatopède Monastery on Mount Athos. In 1360, it gained its autonomy and the right to manage its affairs independently. He played an important role in the spiritual life of Veliko Tarnovo the medieval Bulgarian capital in the 14th century (read my article about it, here). Originally, the Monastery of the Transfiguration was located about 500 meters south of its current location. Burned several times, it comes back to life in 1825, rebuilt on other more adapted ground through the initiative of a monk of Rila, Father Zotik, who was its first intendant. The construction of the entire monastic complex lasted until 1863. Outside and inside of the church, there are many murals from the painter Zacharie Zographe. The exterior frescoes of the Monastery of the Transfiguration depict scenes of life, very colored and meticulous; Inside, it was little blackened by the smoke of candles.

The monastery became one of the cultural and revolutionary centers in the region of Veliko Tarnovo. During the Russo – Turkish War (1876-1878), the monastery was transformed into a military hospital. In gratitude, the Russian army gave bells, chandeliers, and books necessary for religious services allowing it to have a library and a museum exhibition. The Monastery products a very delicious honey which makes also its reputation (10BGN, 5€).

The tranquility of the place was favorable for strolling and relaxing. According to the time of your visit, it’s possible that you don’t pass tourists, but only a few old villagers sitting under a tree or the monks still living there. Total immersion guaranteed. Take your picnic and lunch in the garden, in the shade offered by some trees. It is just a real pleasure. Lot of charm, essential renovations are still in progress. A place to visit definitely.

How to get : The turnoff for the monastery is about 6 km before reaching the outskirts of Veliko Tarnovo / From Veliko Tarnovo, leave it by the Ruse Road direction and, after 4.5km out of town, take the deviation discreetly shown on the left. You get the monastery by a steep and rustic road rising into the forest

Price : The guides say it’s 2 BGN (1€) but in my case it seems to be free. I didn’t find the place where to pay (maybe for the museum, closed during my visit)

Accommodation : Veliko Tarnovo at 6 km from it, and the Hotel Studio is a very nice option (42€ for a double room, amazing breakfast included and a very beautiful view on the Fortress Hill from its finished rooftop). 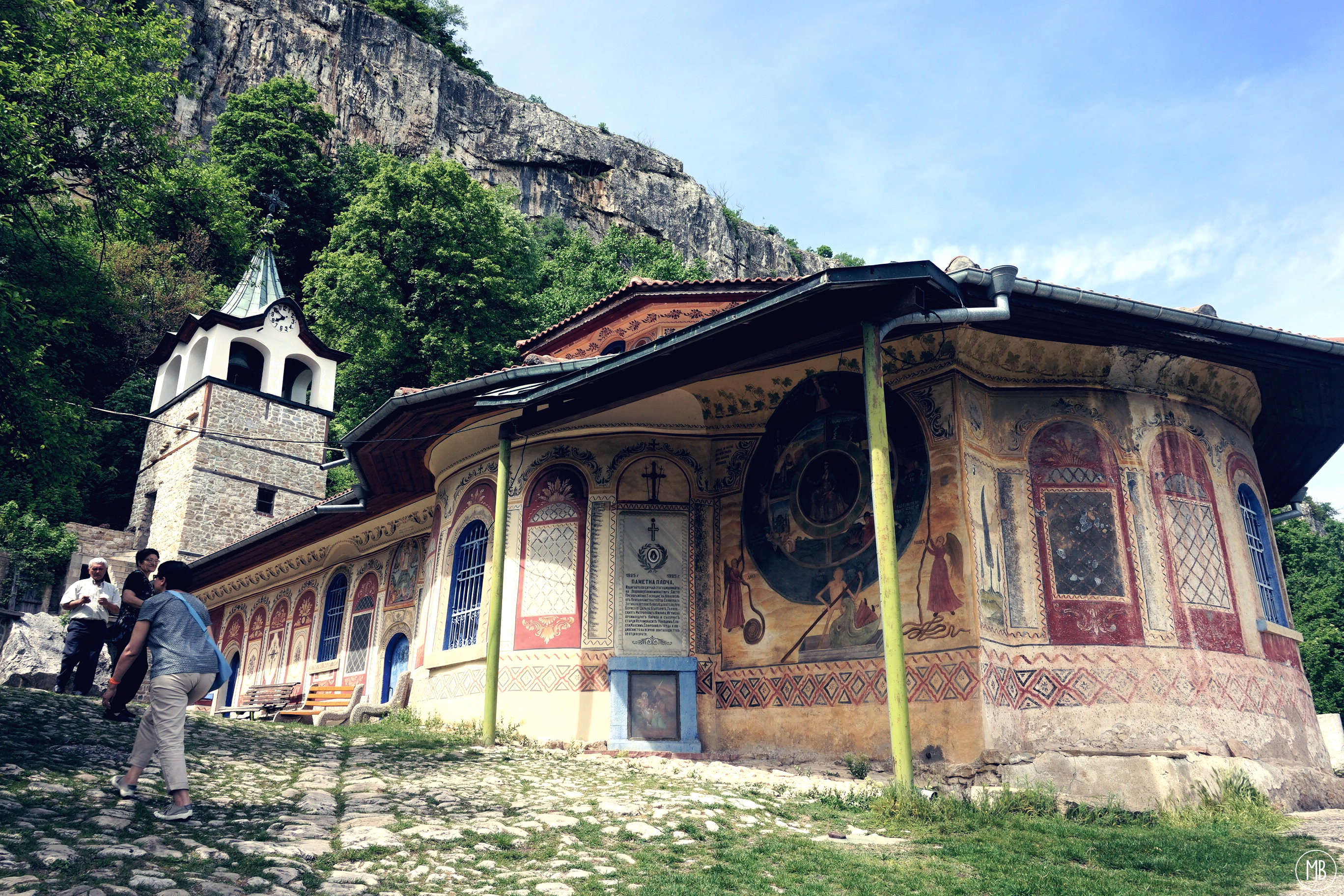 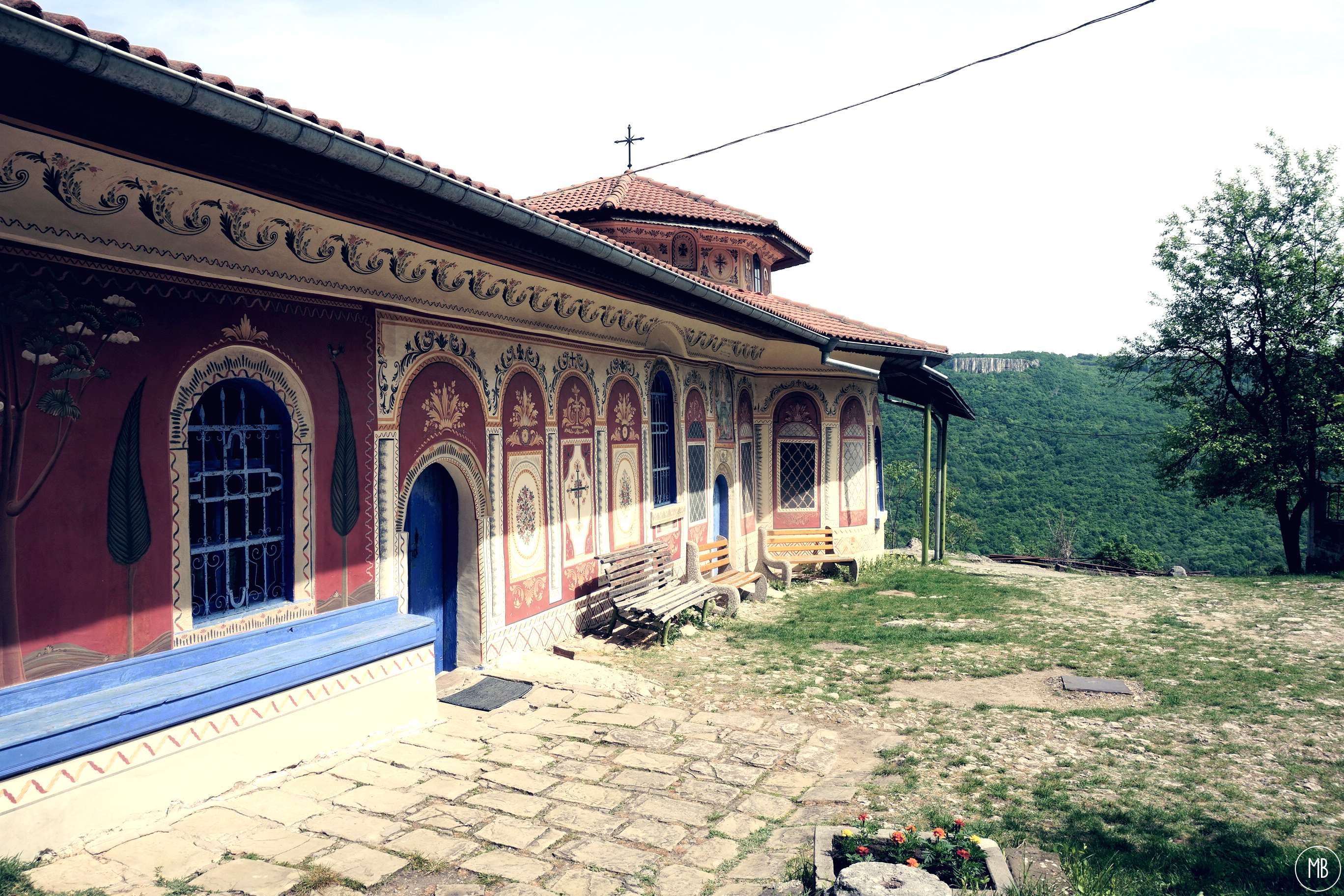 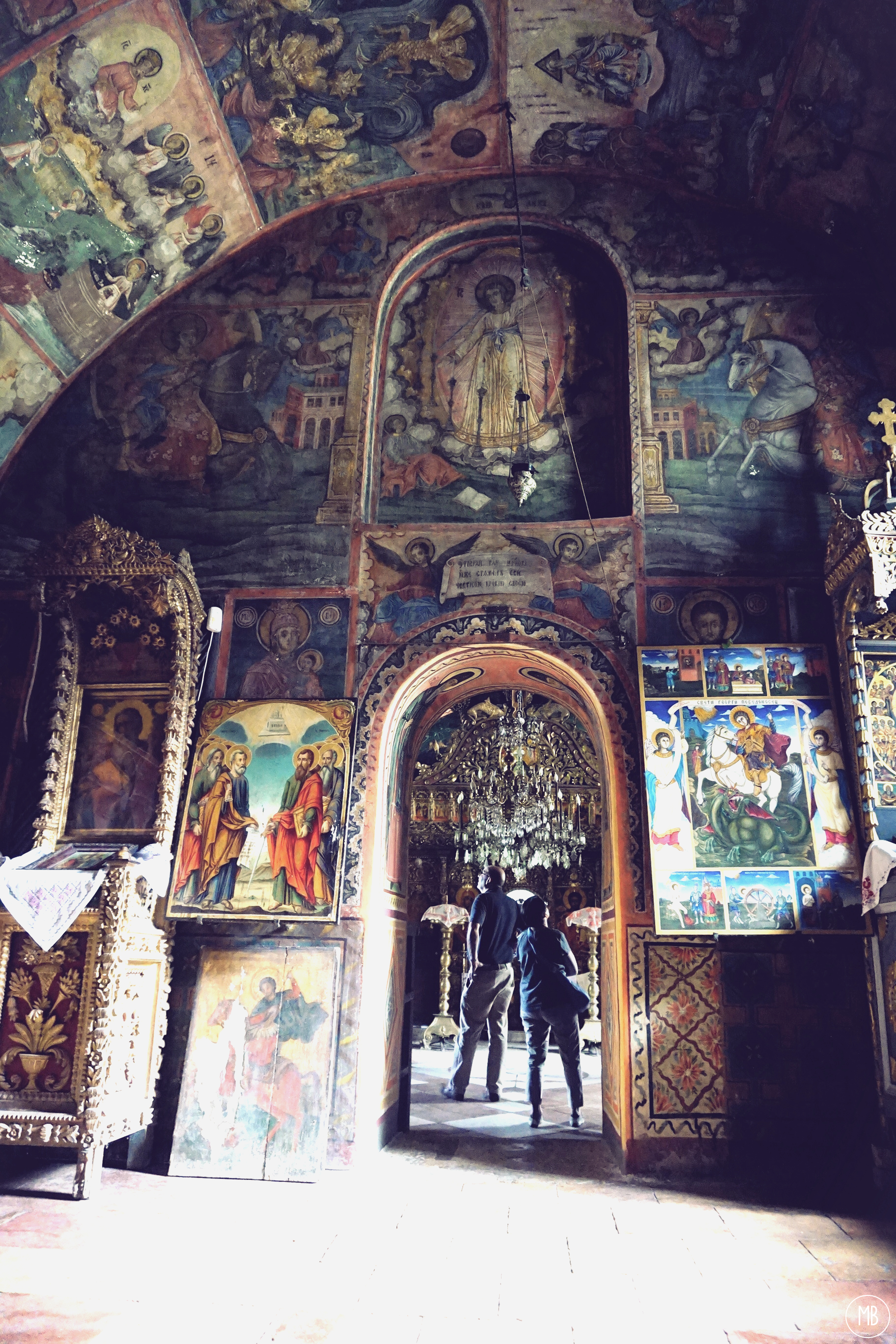 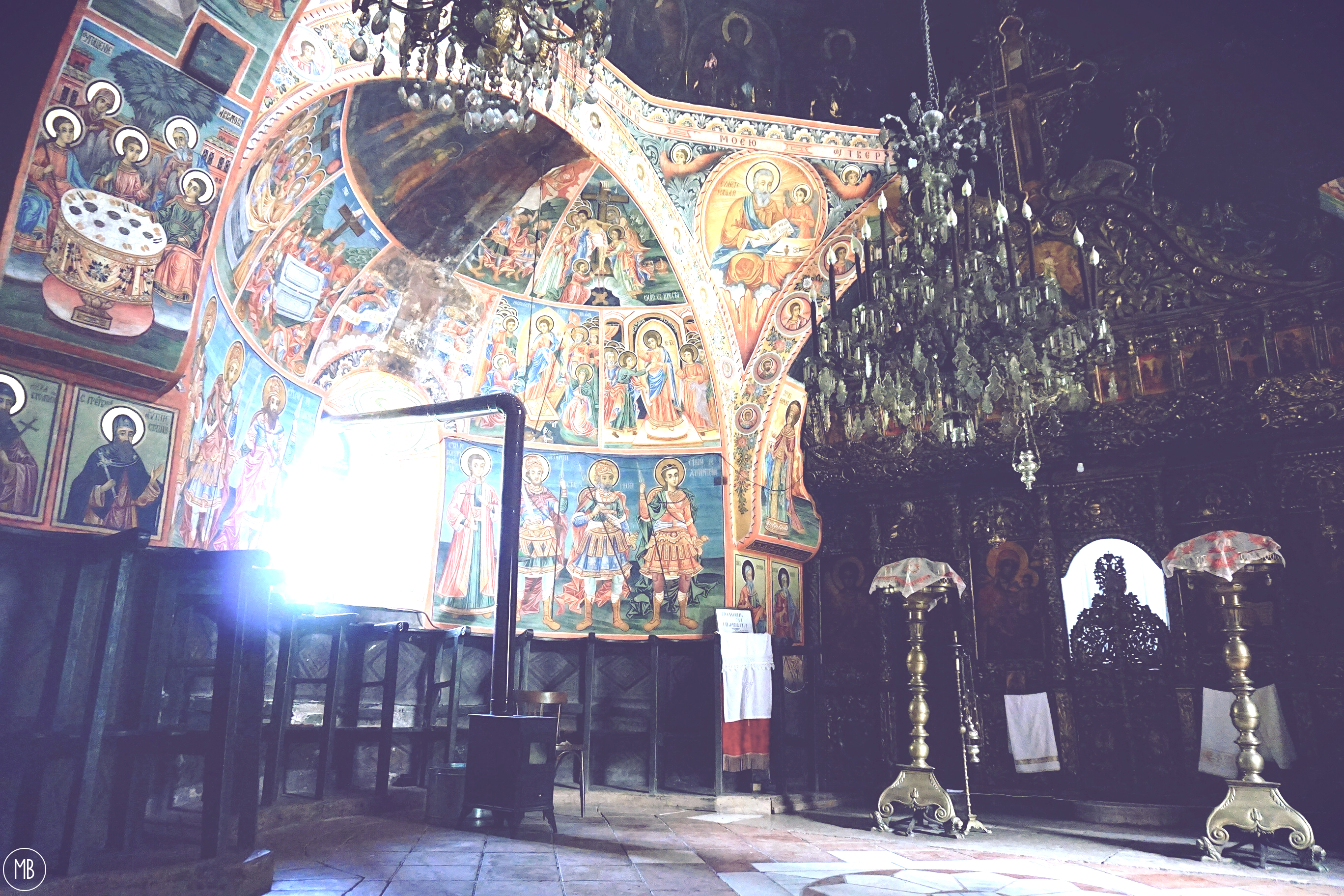 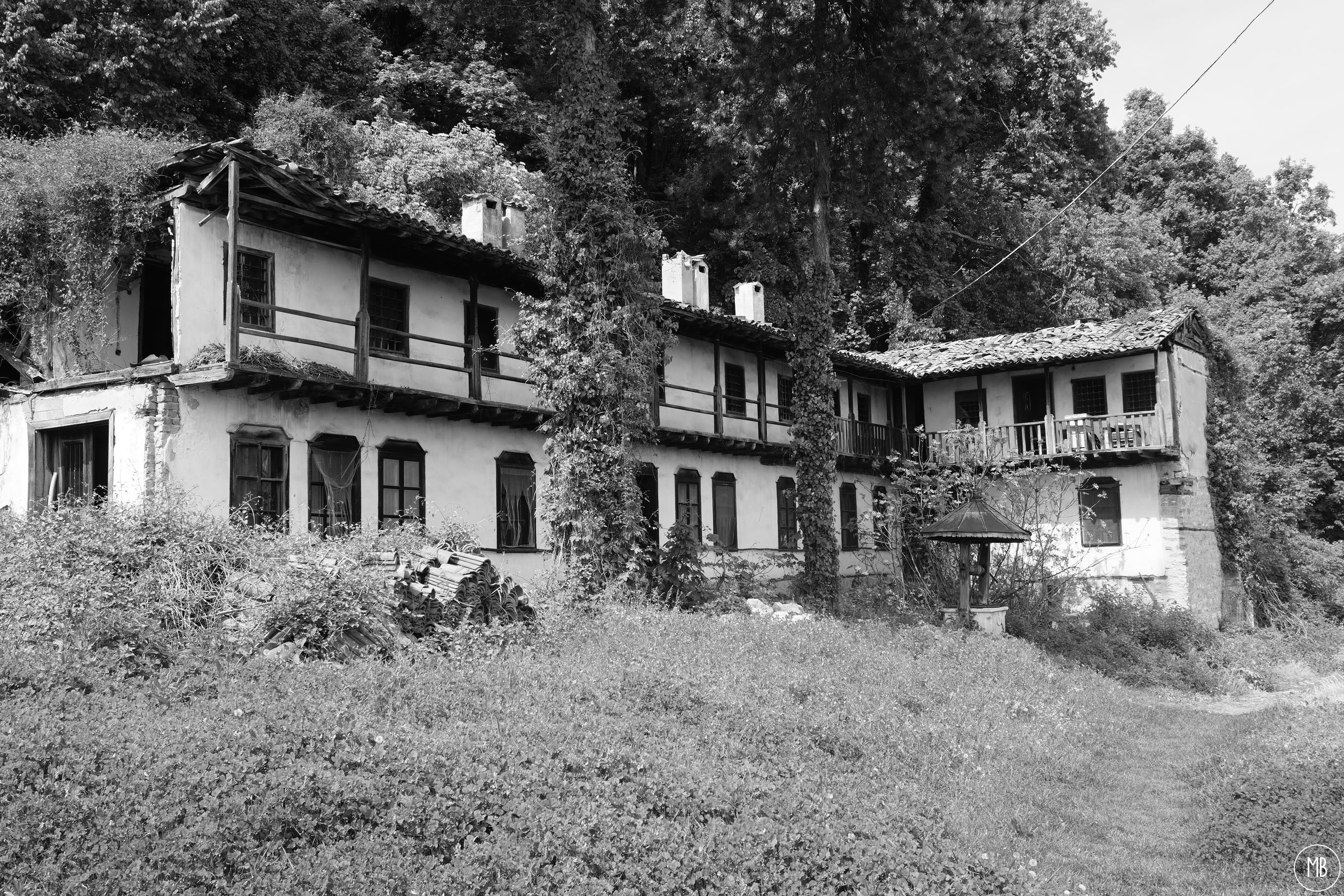 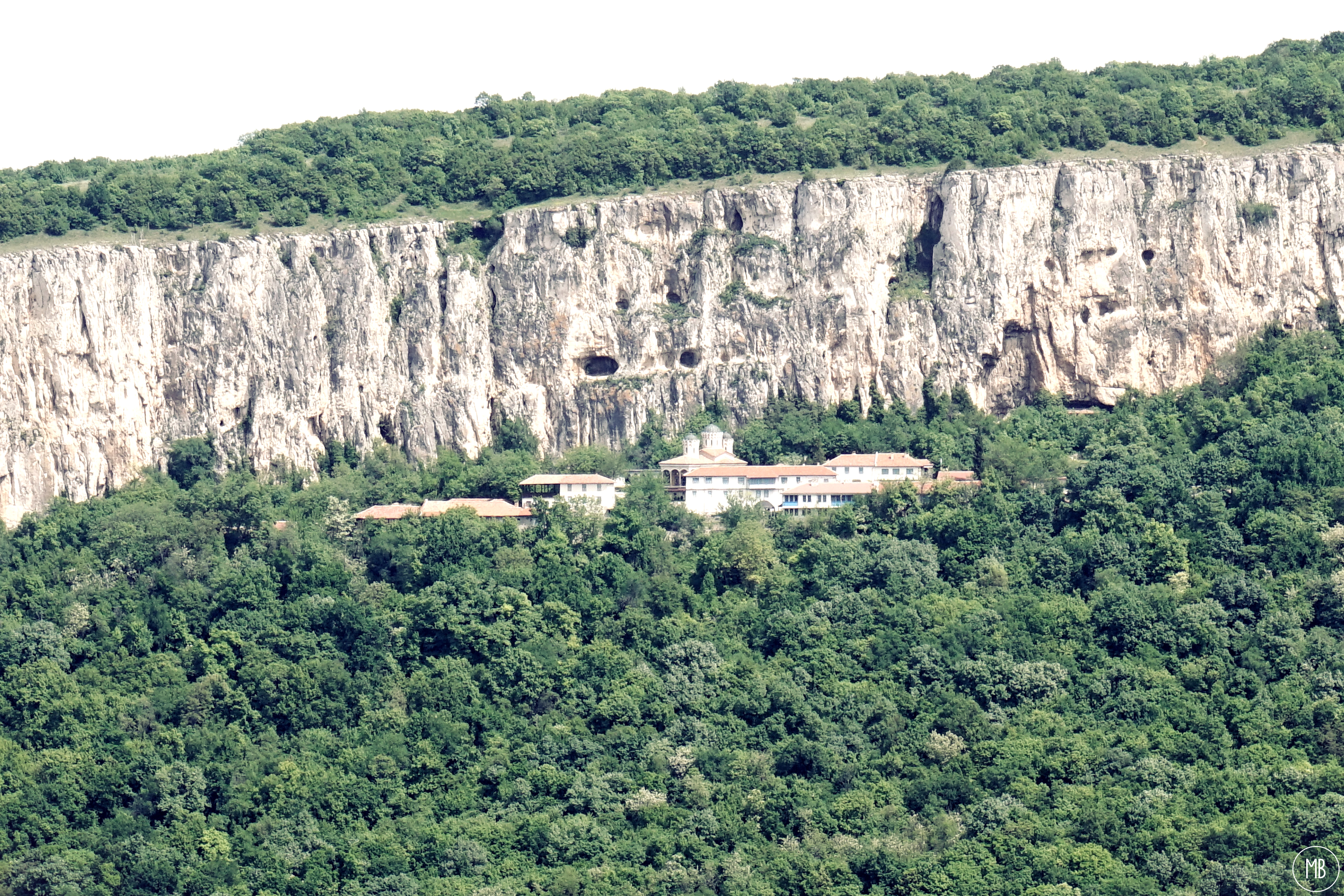