This morning, we had the chance to be at Webit, the leading Digital and Innovation event for Europe, also a global series of events gathering from 1 000 to 15 000 attendees from over 110 countries at different location in the world like Istanbul, Dubai, Singapore, New Delhi and here Sofia. The purpose of this organization is to reinvent Europe’s future.

We have been welcomed by Plamen Russev, the founder of the Webit and Plamen told us during his great and punchy introduction that we were more than 5,100 people today attending the event, coming from more than 90 countries. Many people were from the E.U of course but also, among many others, from India, Brazil, the U.S, the U.A.E, or China. According to Plamen, there is not one single available hotel room left in Sofia and in a very humorous way, he asked Mrs. Jordanka Fandakova, to build more hotels in the city in order, next year, to welcome more attendees. 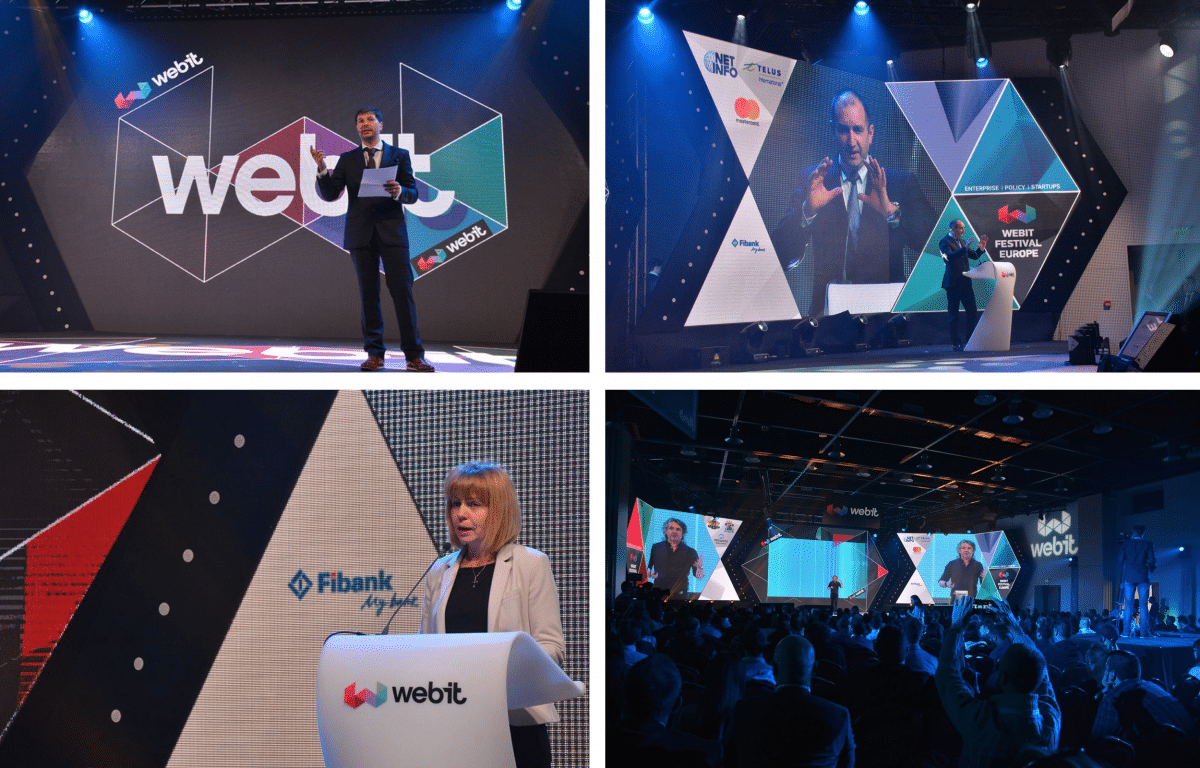 The Webit is also going to allow 100 startups from all over the world to pitch their project. These were selected among more than 2 400 applicants, so, as Plamen highlighted it, being here today is already a success. Among these 100 startups, one will leave the Webit tomorrow night with a cheque of 200 000 euros.

Plamen was able to convince 3 of his friends to donate, among whom, Vassil Terziev, co-founder of Telerik, THE Bulgarian success story. Plamen also highlighted the fact that in this troubled times, Europe must stay united because, if we do so, our future will be bright. And we think he is 100% right ! According to him, there are two key words to remember : united and educated. These are the keys to success. He said that in 12 years, the E.U went from a share of 32% of global GDP to 23%. So, yes, Plamen, we agree with you, it is definitely time to wake up and to act ! Plamen ended his introduction speech by telling the assembly that the Bulgarian dancers who welcomed us at the beginning of the show, were not from art schools or anything like that. No, they were from among the best young Bulgarians in I.T, maths, physics, and biology.

You might not be aware of it but Bulgaria has been producing some of the greatest minds on this planet. Bulgarian kids very often ends international competition in maths and sciences within the top 5 finalists while competing with kids coming from countries like the U.S, China, Russia, France, Germany and many other top ranked nations in the world in those fields.

Plamen left the stage to President Radev, the President of Bulgaria, who told us through a personal story while he was in the airforce, about the importance of technology and the place that Bulgaria has to play in this field on the international scene. 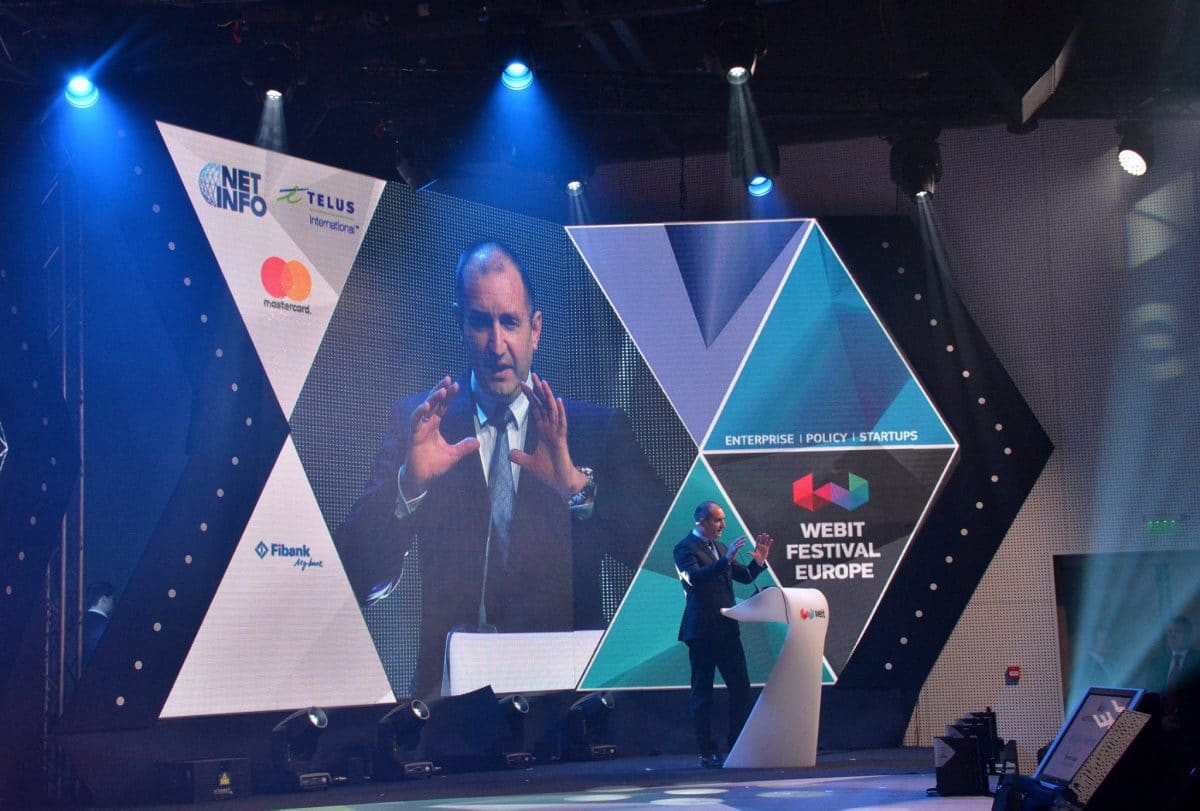 We’ve also got the pleasure to welcome Todor Sedlarski, the Minister of Economy and Dean of the faculty of Economics and Business Administration of the university of Sofia. He told us that Sofia and Bulgaria in general was one of the most dynamic startup environment in Europe. Yes, Todor, that’s why we are here.

We also had the pleasure to welcome the former president of Bulgaria, President Rossen Plevneliev, who reminded us that Bulgaria was one, not to say, the oldest nation in Europe and that many cultures were born here. Let’s not forget, as President Plevneliev mentioned, that Bulgaria produced many I.T geniuses, that during communism, the country was the « Silicon Valley » of the Soviet block and that today, many vice-presidents of top ranked I.T companies in the world are actually Bulgarians. 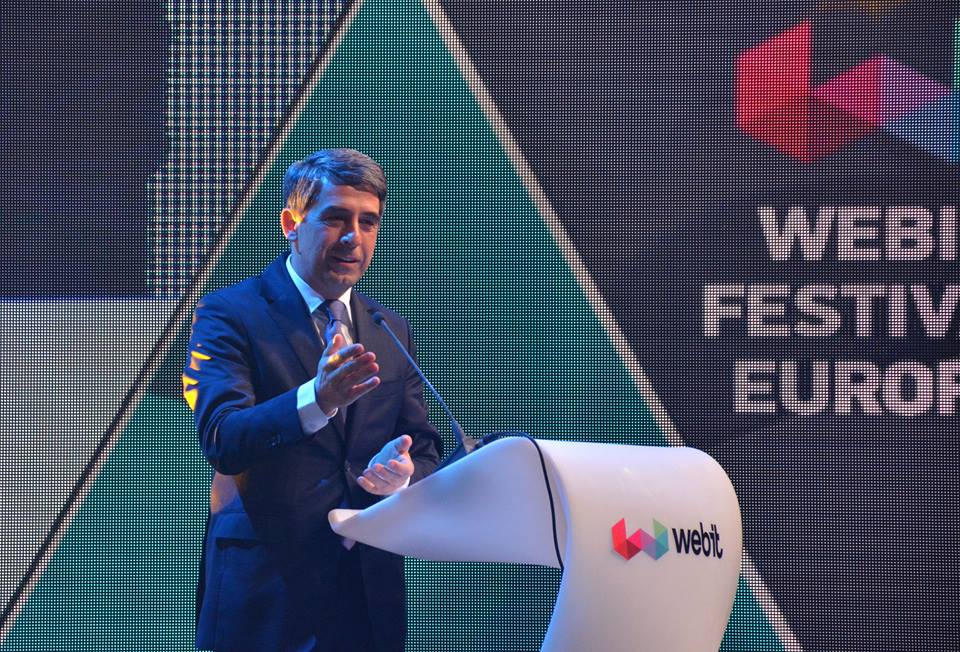 According to him, despite many people fear technology because they believe, like their ancestors during the first and second industrial revolutions, that the third industrial revolution, the digital one, the one we started to enter in the 1980’s, will cause many people to loose their jobs because of robots and algorithms, here, in Bulgaria, we do not fear it. On the contrary, we embrace it and we are part of it !

We speak English and often a third or even a fourth foreign language, we are educated, we are open minded. As President Plevneliev highlighted it in a very straightforward way, one just needs to walk in Sofia city center to realize that here, in Bulgaria, we are leaving in peace, respecting all the religions. There are orthodox churches, a Catholic cathedral, a mosk, and a synagogue, just a few meters from each others. So, yes, Mr. Plevneliev, you are right, in Bulgaria, people are open minded and we believe that this is the key of success for one nation ! 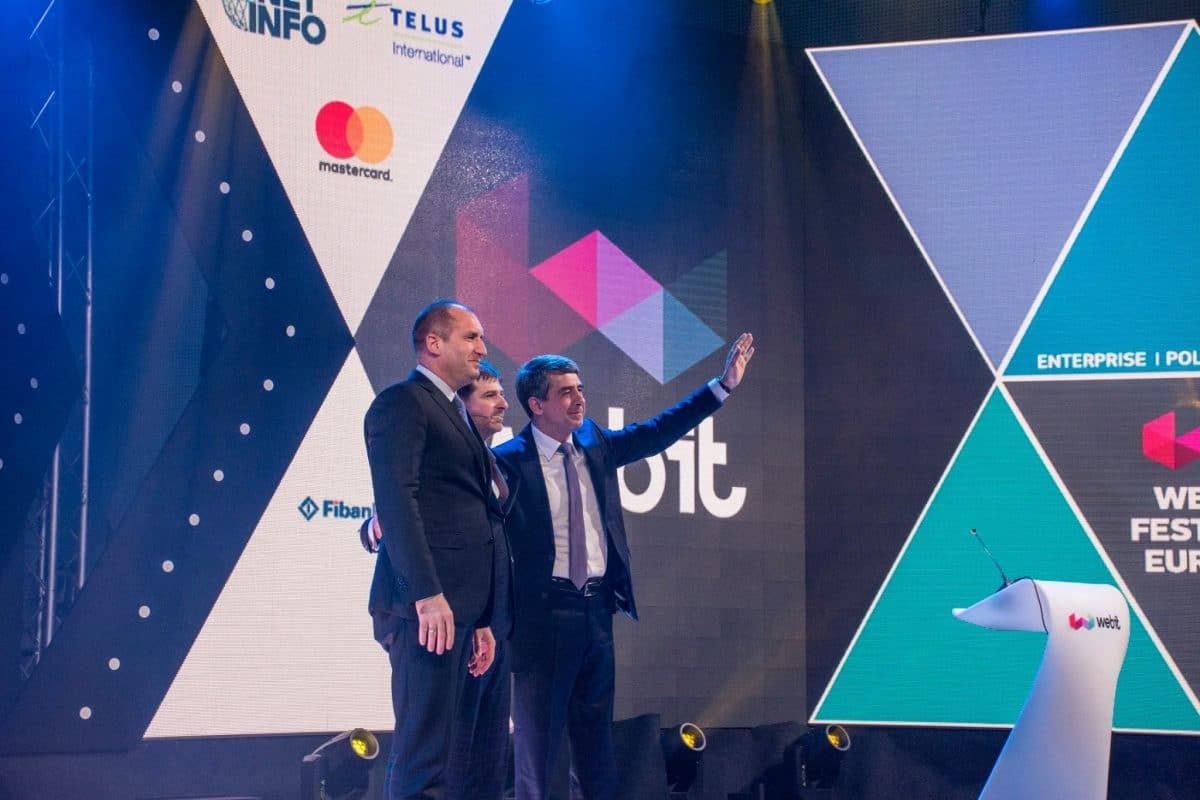 Plamen asked both the current and the former presidents of Bulgaria to join him on the stage for a picture together. This is rare enough to be notified as the purpose is really to have a continuity on the long term projects for the ecosystem for the good of Bulgaria and of Europe.

Last but not least, being in Sofia, it was logical that the Mayor of the city, Mrs Jordanka Fondakova, welcomed us in her town. She highlighted the fact that Sofia is a great place to work and to live, that this is a wonderful city to launch a business and to embrace life.

Definitely, the Webit festival sounds like being THE place to be in Euope during the next two days !

You want to know more about the Webit? Click here. You can also visit their Facebook page.

Spring in Borovets : Our 2 favorite Spa Hotels less than 40 euros