Last Sunday, the channel Bulgaria On Air realized an interview about the blog “Madame Bulgaria”. It was the opportunity to talk about my arrival in Bulgaria and the reasons which brought us here. Bellow, you can see the video which was aired on Wednesday morning at 9:00 at TV. We decided to speak in French because the translation was going to be in Bulgarian so here is a short summary in English of the interview. But, first, I would like to send a warm thank you to the Sense Hotel in Sofia who accepted to welcome us in its lobby bar for this interview and the both journalists who were very professional and friendly.

The video is available in Bulgarian language at the end of the article.

When did I come to Bulgaria for the first time and what was my first impression of the country ?

I came to Bulgaria for the first time in December 2012 for a long week-end and we arrived at the Terminal 1 (the old terminal) of Sofia airport. We then took a shuttle to sofia city center and we passed through the suburb of Sofia. At that point I feel like I was in a movie because I saw carriages with horses, donkeys in the middle of the street, old Russian cars abandoned on the side of the road etc. Then, as we were getting closer to the center, it started to be more familiar to what I was familiar with in France. Overall, my first impression has been very positive. I cannot explain why but I felt very good immediately and I felt an atmosphere that I did not feel anytime before.

When did you decide to move to Bulgaria ?

After several trips to Bulgaria, Alexandre, my husband, and I decided to stay longer periods here as we were launching our own business in the field of recruitment and we were not working for anymore for an employer so we were free as long as we wanted. After 2 years of several long stay periods in Bulgaria, I proposed him to establish here permanently and he told that it was a great idea so we moved here permanently since January 2016. 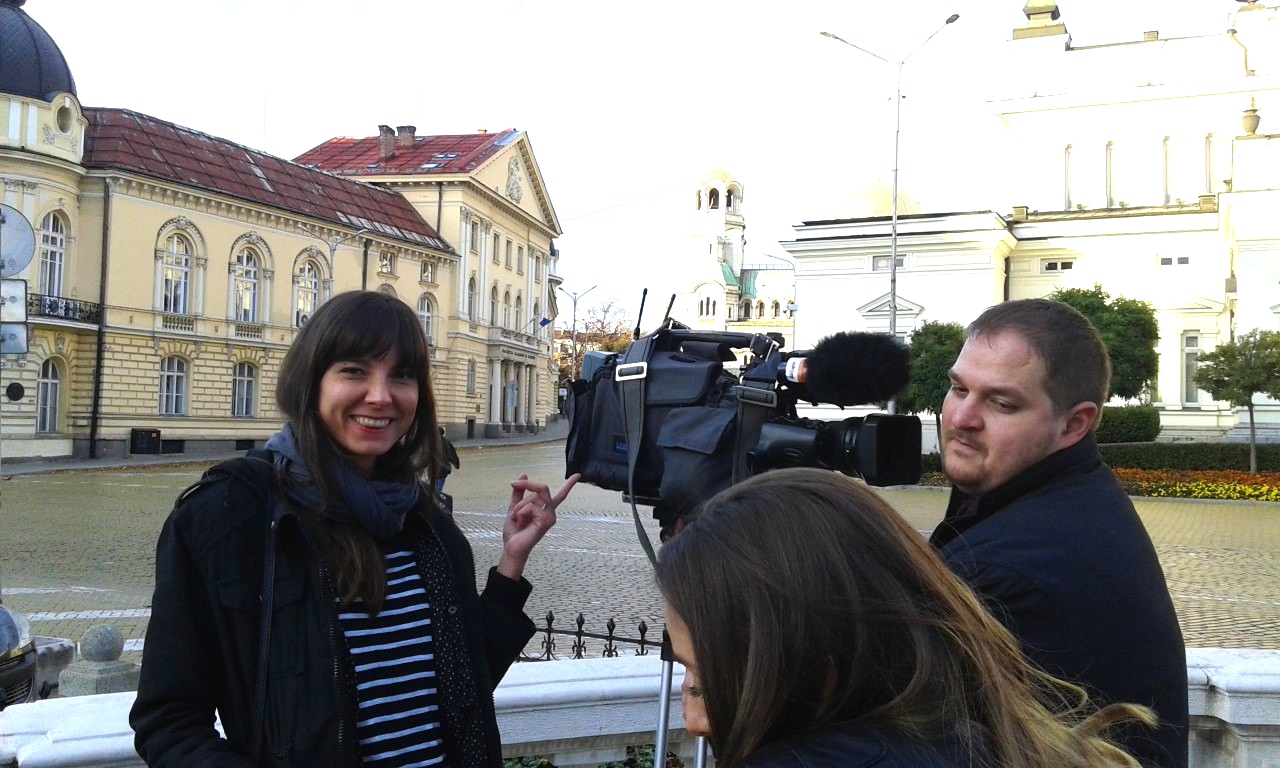 Why did you decide to create ‘’Madame Bulgaria’’ ?

The idea to create Madame Bulgaria popped up in my head in Summer 2014 because every time I was going back to France or I was travelling in Euope, when I was saying that I was a French girl living in Bulgaria, people were looking at me like if I had lost my mind. People did not know if they had to feel sorry for me or be happy ! I always had to face the same questions like :« What are you doing there ?  Why did you move there?  I don’t understand why you decided to move to this “trou à rat” (literally a ‘’rat hole” a typical French expression to describe a nasty place where nobody would want to live), etc., etc. » At one point, I started to get angry to always have to justify my choice because it looked like my perception of Bulgaria was totally different from other people. I noticed, but this is not the only reason I think, that when you do some google research from abroad you don’t always have access to the same choice of websites and pictures than the ones you get from Bulgaria. That might explain a little part of this misunderstanding from people. Anyway, I decided to create a blog about Bulgaria to share all the good things which are to be seen and experimented here. Most people criticize Bulgaria while they are even not able to place it on a map ! I really wanted to show things about Bulgaria that people rarely see and talk about.

Rakia ! Lol.  I love many things about Bulgaria. The food, the wine (which deserves to be well known abroad), but mainly the people. I love people here. Unfortunately, I do not speak Bulgarian yet so I can’t really communicate with people and learn everything I would love to learn from them, their life, their perception of their country, their stories, etc. Even if many people speak English (please note that I come from a country where people speak French, sometimes some rudiment of English and that’s about it while here people speak 2-3 languages fluently…), I think there are still a lot of people in villages who probably have many wondeful sotries to tell about their life with whom I can’t really communicate.

What are the main common points between Bulgaria and France ?

Wahoo. I don’t know. The food maybe which is very different but very excellent in both countries (I love to eat and I’m lucky because I’m not taking weight ;-)). The landscape too ! Both countries are “small” if we compare them to Russia or the U.S for example, but have very diverse landscape at small distances from each other. You can literally be at the mountain in the morning and at the sea in the afternoon. I think that both countries are ideally located from a geographic perspective and have diverse landscape and clement climate.

No. I know, it might sound weird but, no. I love to go back to France once or twice a year to see my parents (they also come to visit us) and my family but I don’t miss living in France. I am well here. I love to spend my time in Bulgaria during the week, for week-ends, and vacations. I feel good here, and this is the place I call “home”. 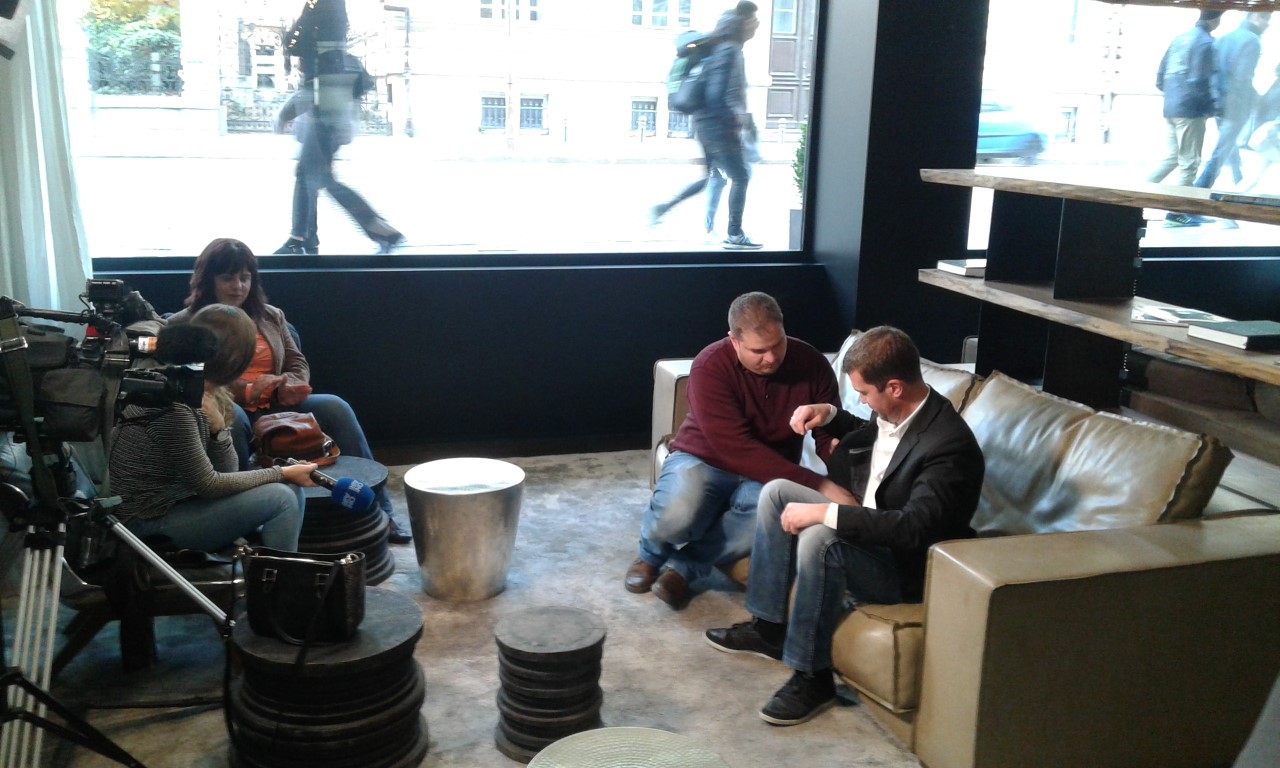 QUESTIONS TO ALEXANDER (MY HUSBAND) :

When did you come to Bulgaria the first time and what was your first impression ?

I came for the first time in 2003. I came to visit some friends that I met in the U.S the previous year. Despite the fact I have a little bit of Bulgarian blood in the veins as my grand-father was originally from here, I never came before and never really heard anything about the country. My first impression was very positive because I was discovering a place which was totally different from the other countries I lived in or visited. I loved it. I started to learn Bulgarian and to be honest, this is a very hard language but my goal is to speak it fluently one day.

What do you do in Bulgaria ?

With Marie, we launched a recruitment company 3 years ago and our new web platform is going to be online very soon. The purpose is to propose only jobs with quick career development perspectives in Bulgaria and in Europe. We want to help foreigners willing to come to work in Bulgaria (because there are many opportunities here) and Bulgarians willing to go abroad and gain some experience there.

Sure ! There is no other place in the world where I would like to live right now. I had the chance to live in France, the UK, and the U.S and believe it or not, Bulgaria is the only place where I really feel free. There is something here in the air which makes me feel good every morning when I wake up. People are cool and relaxed (except when they are in their car), accessible, and do not have an arrogant behavior like in some other countries. I feel that nothing is impossible here. Usually people say that from Silicon Valley, but honestly, Bulgaria, for me,  is without any doubt the place where I feel good and where I want to live.

THE VIDEO : Interview with the Channel Bulgaria On Air about Madame Bulgaria Blog (in Bulgarian).