What we would not do for good baked apples or Pecheni Yabalki ? Like braving snow and cold for example. When we began to have an interest in Bulgarian cuisine, we realized that the baked Apple was a traditional recipe in Bulgaria too. With the snow falling out and the cold outside, it is the perfect dessert.

My first memory of baked Apple or Pecheni Yabalki was at my mother’s when sometimes on Wednesdays afternoon she cooked it for me with sugar or honey according to wishes. Pecheni Yabalki is probably the most easy Bulgarian dessert to cook with only apples, butter and sugar or honey for the main ingredients and few minutes only to prepare it.

The addition of nuts in the traditional Bulgarian recipe makes the Pecheni Yabalki unique. So I decided to face the snow and the slippery ground to buy the few ingredients I miss to realize the recipe exactly (Nuts and cinnamon). In Bulgaria, for fruits, vegetables, dried fruit, etc., I completely trust my usual « small » tradesmen close to home. The service is always top and the quality is there.

Of course, you can adjust this ingredients according to your taste. It’s maybe better not to follow the recipe absolutely. We prepared only 2 apples (but shared the portions for 4), with the skin because it is rich in vitamins and minerals and in Bulgaria there is no lot of pesticide during culture.

The apple is also the best fruit for health, according to researchers. The apple is in the spotlight in Bulgaria and has multiple virtues. It has an anti-stress effect, its vitamin C gives vitality to the body and the vitamin E it contains reduces cellulite (Ahh, finally a strong argument !). The apple is good and it must be eaten in all its forms as hot in this delicious recipe.

Preparation : 5 min / Baking : 50-60 min / Budget : < 6 levas (4 people) / Accompany your dessert with a scoop of vanilla ice cream, for a cold warm effect / For the French version of the Bulgarian Baked Apple, it’s here.

Remove the apple heart with an empty apples (or as me with a knife).

In a bowl, mix butter and sugar, then add walnuts and cinnamon.

Place the cored apples in a gratin dish. Fill the apples with the mixture. If the mixture overflows it will be even better.

Bake for 50 to 60 minutes or until the apples are tender or begin to change color.

Sprinkle the top of the apples with a drizzle of honey.

You can serve your nice baked apples hot with a portion vanilla ice cream (for an amazing cold warm effect). A caramelized smell already escapes from the oven, a delight. 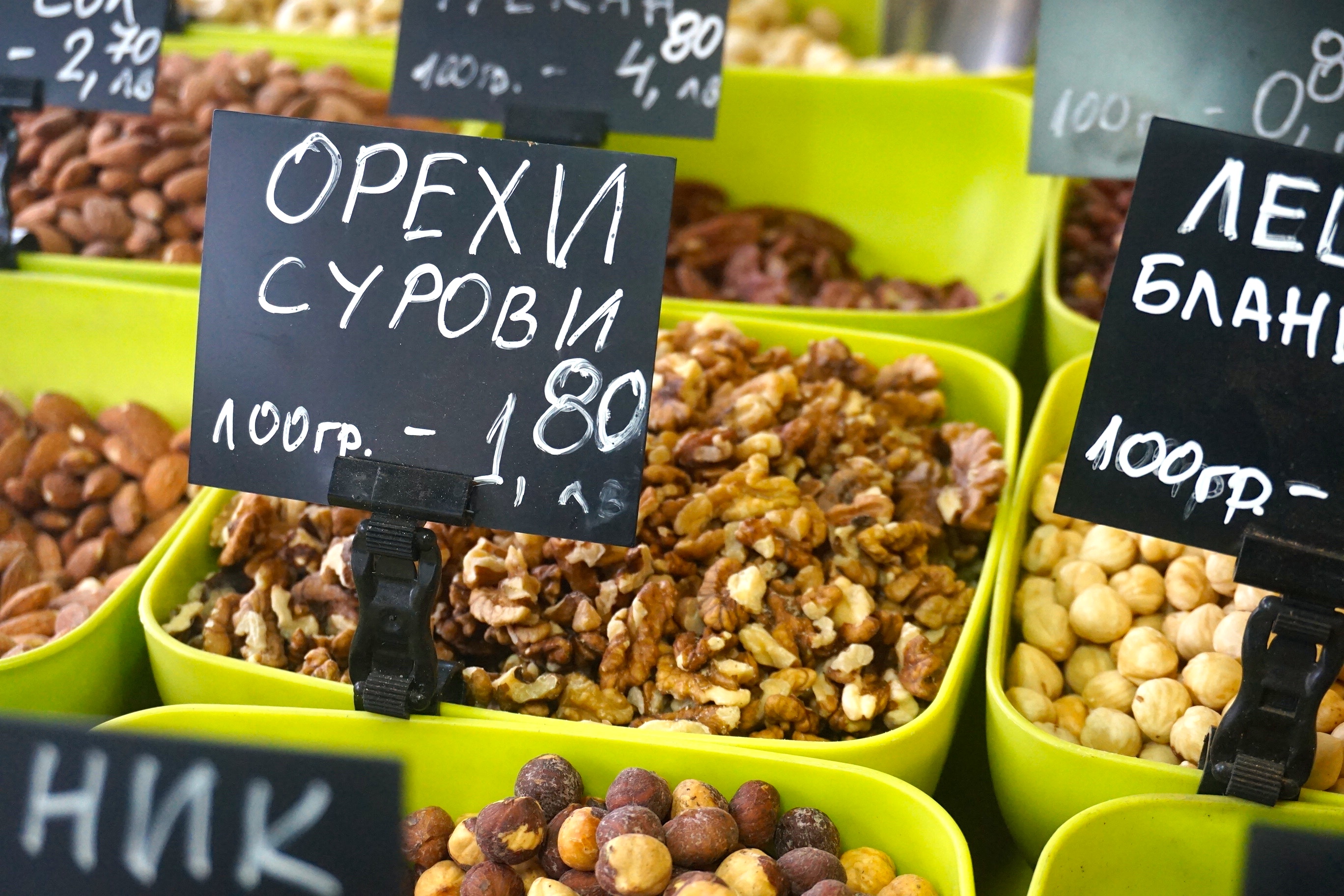 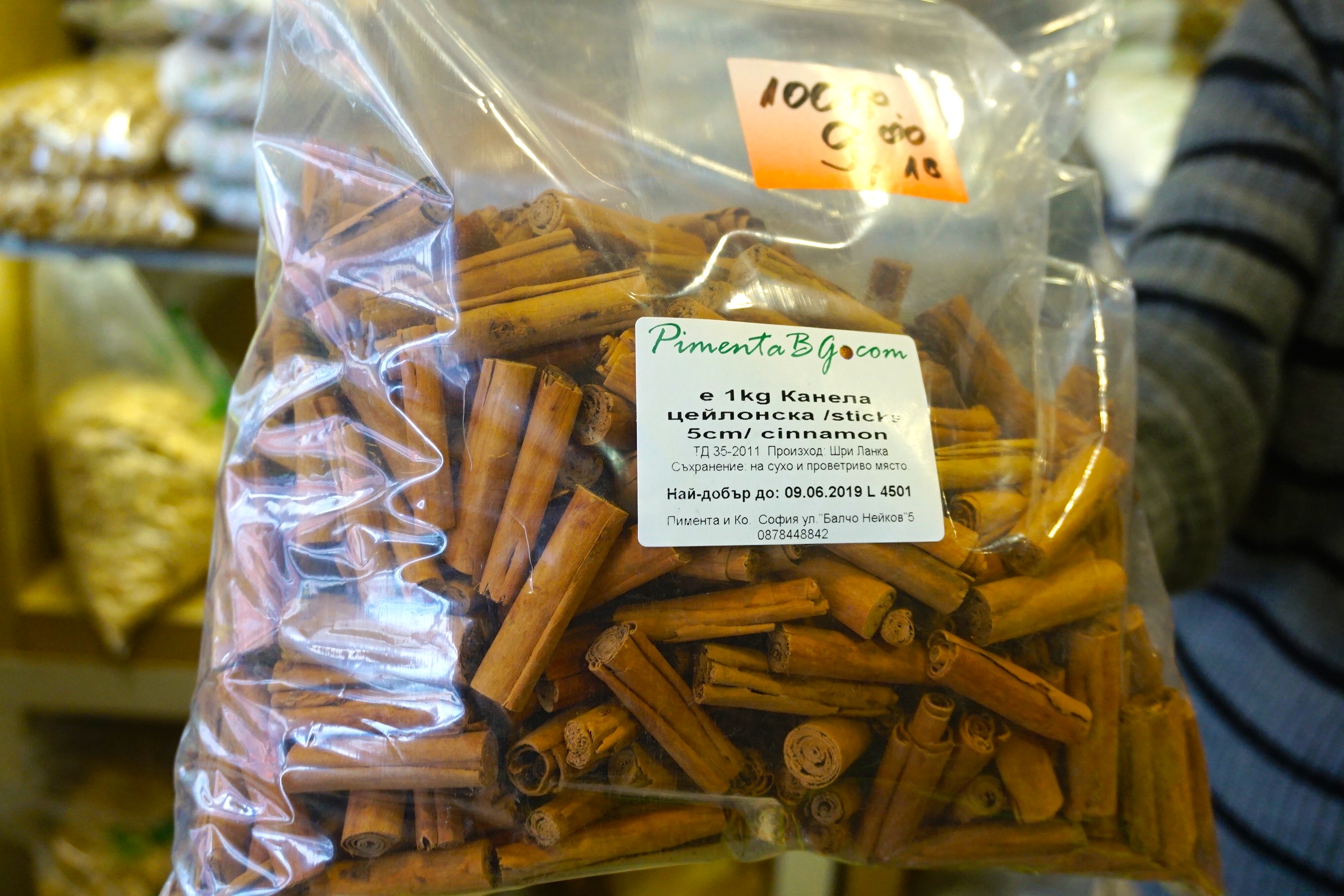 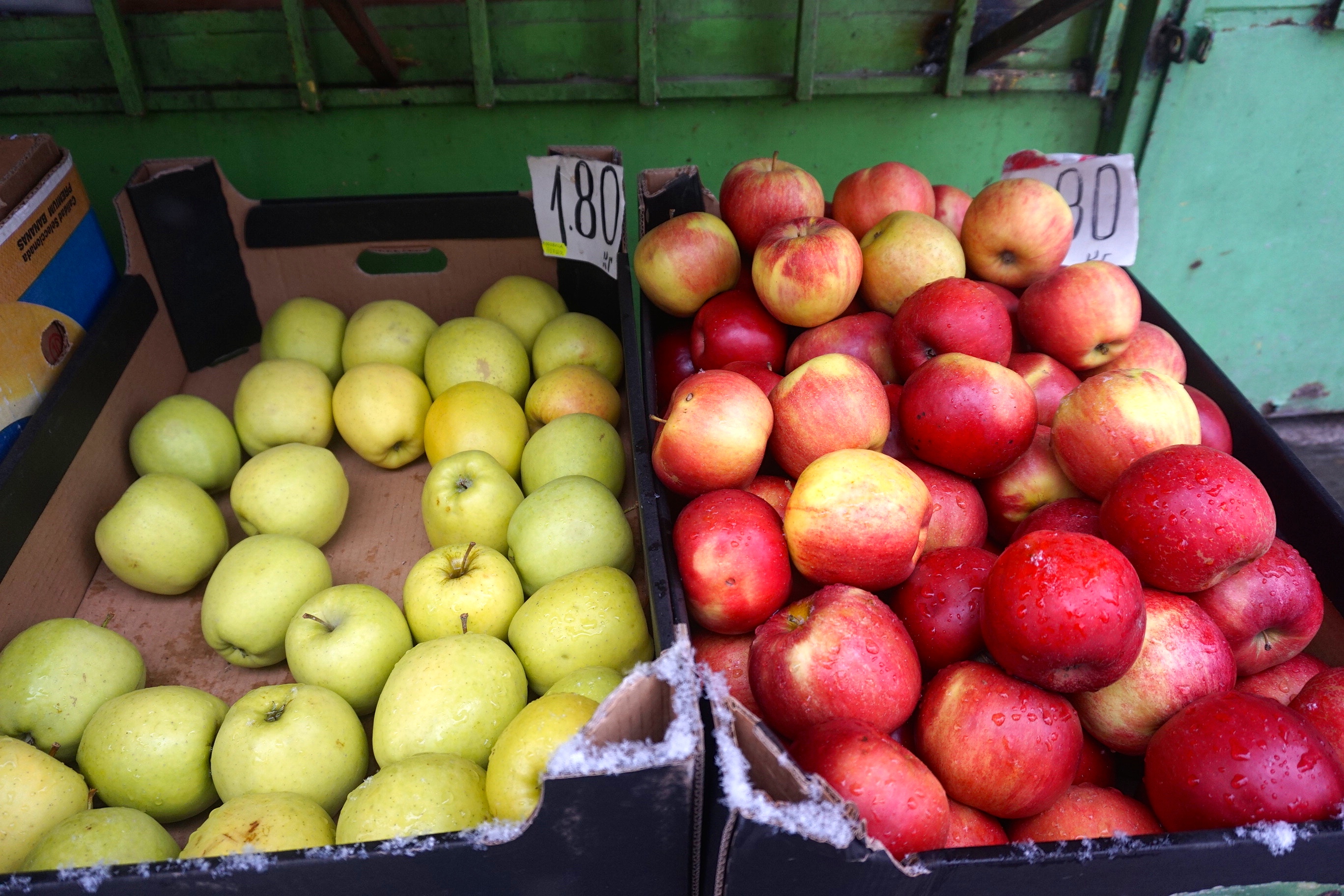 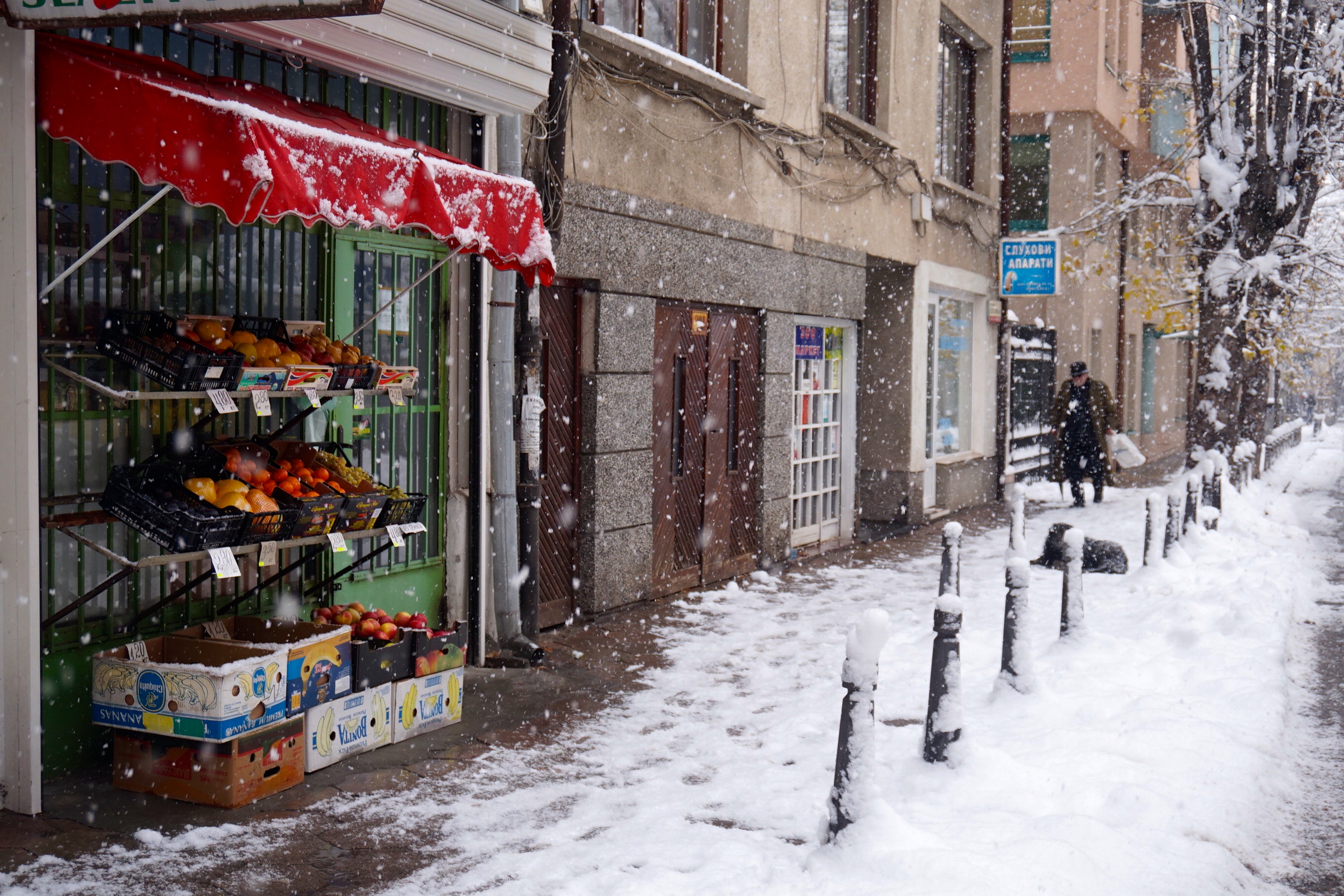 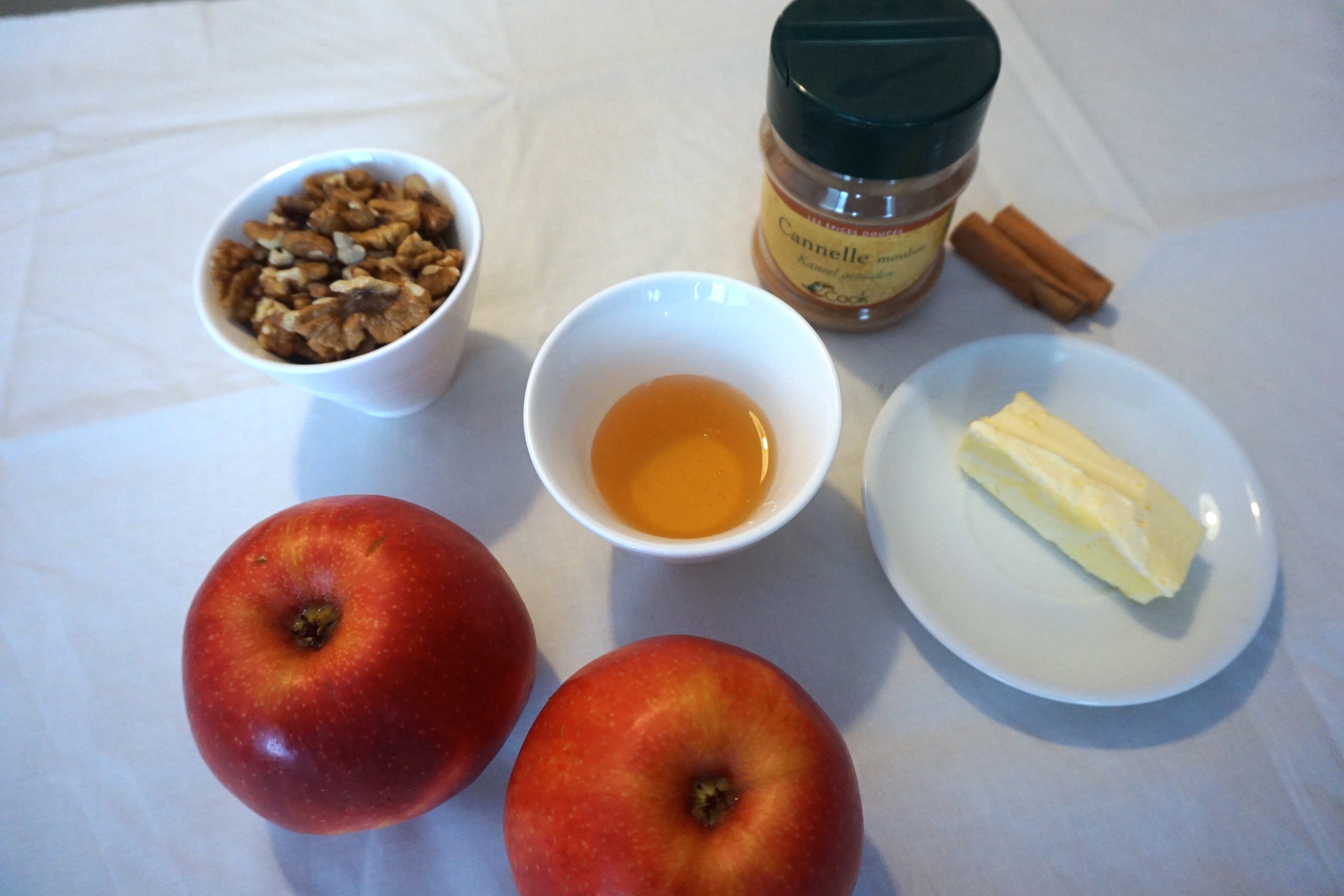 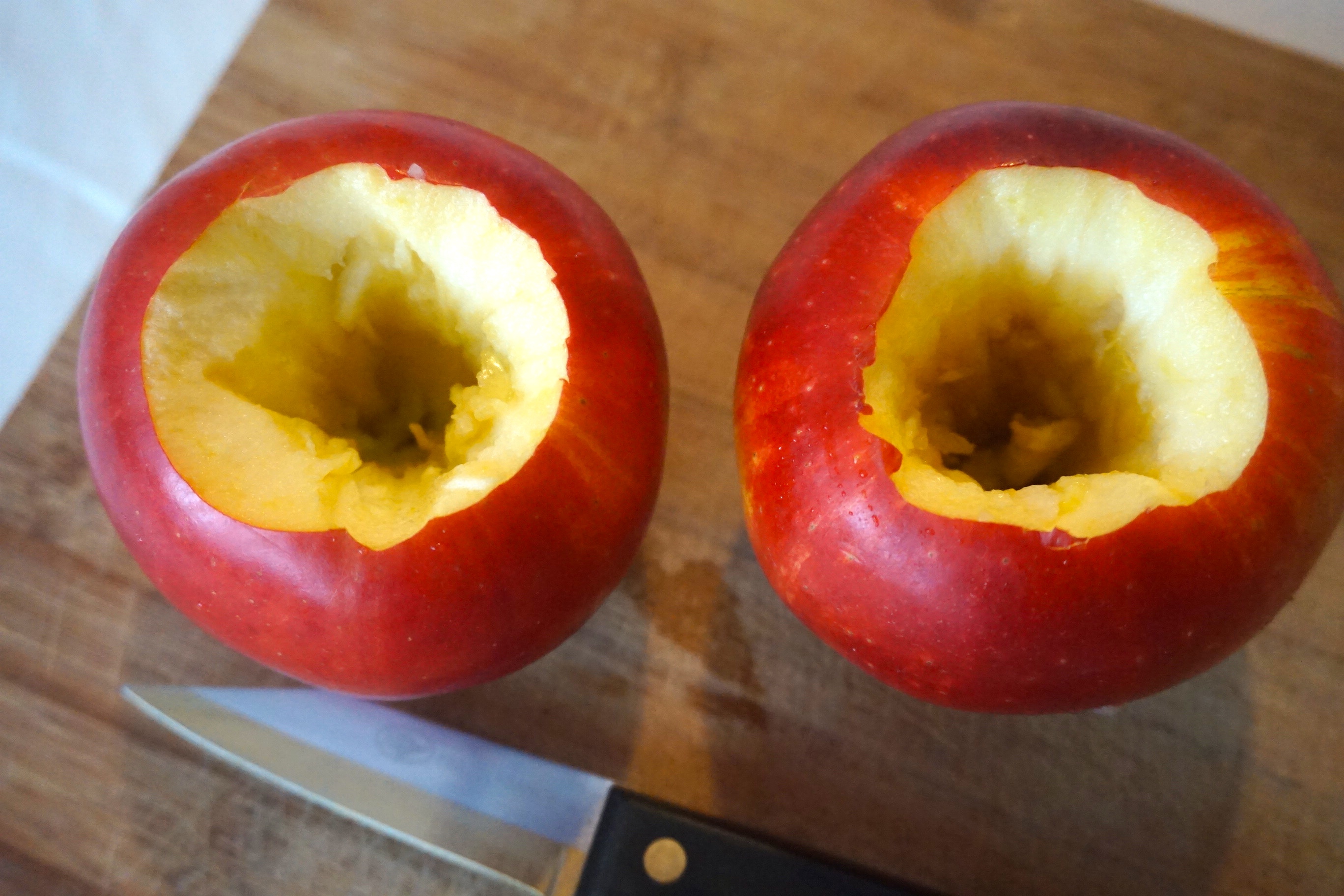 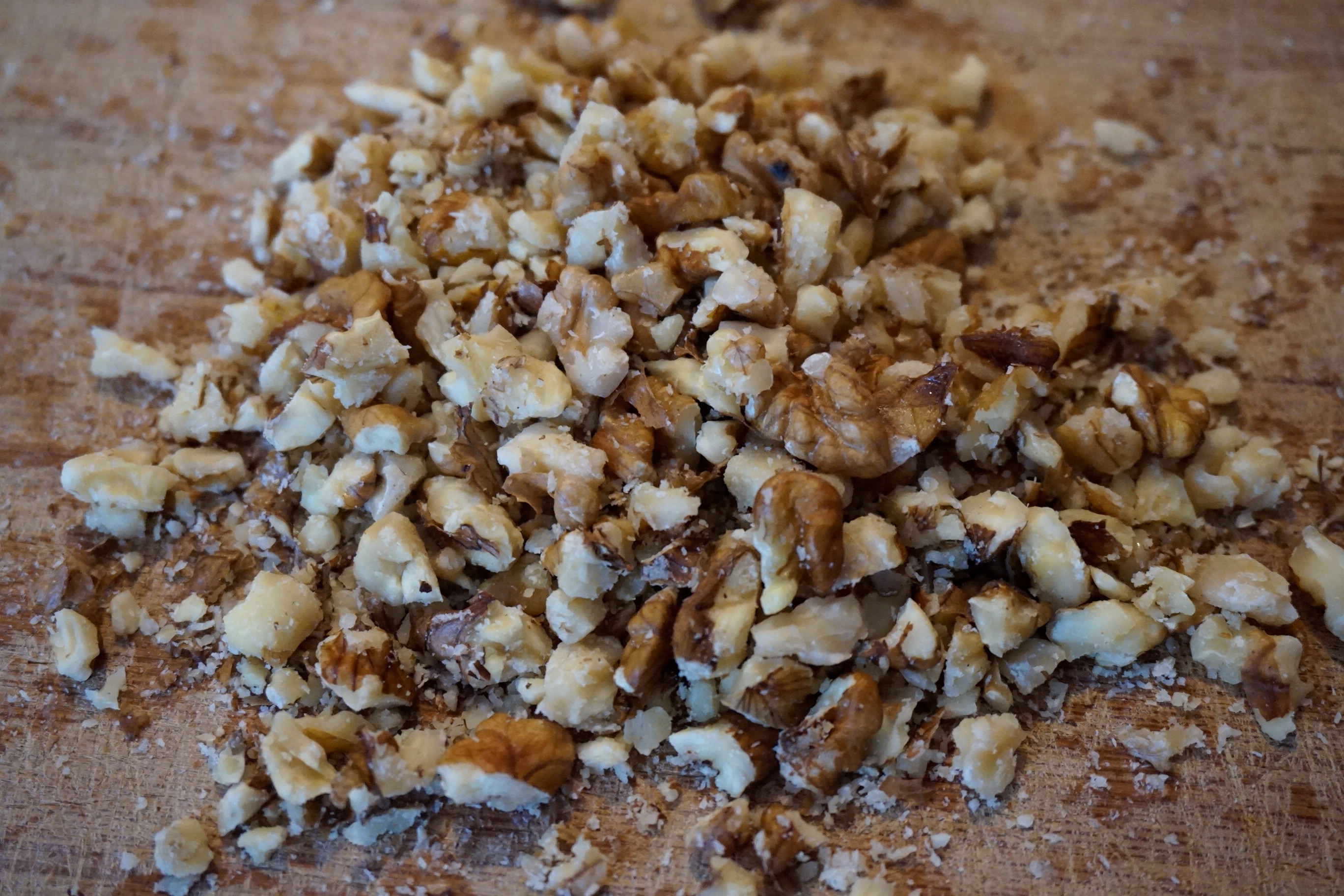 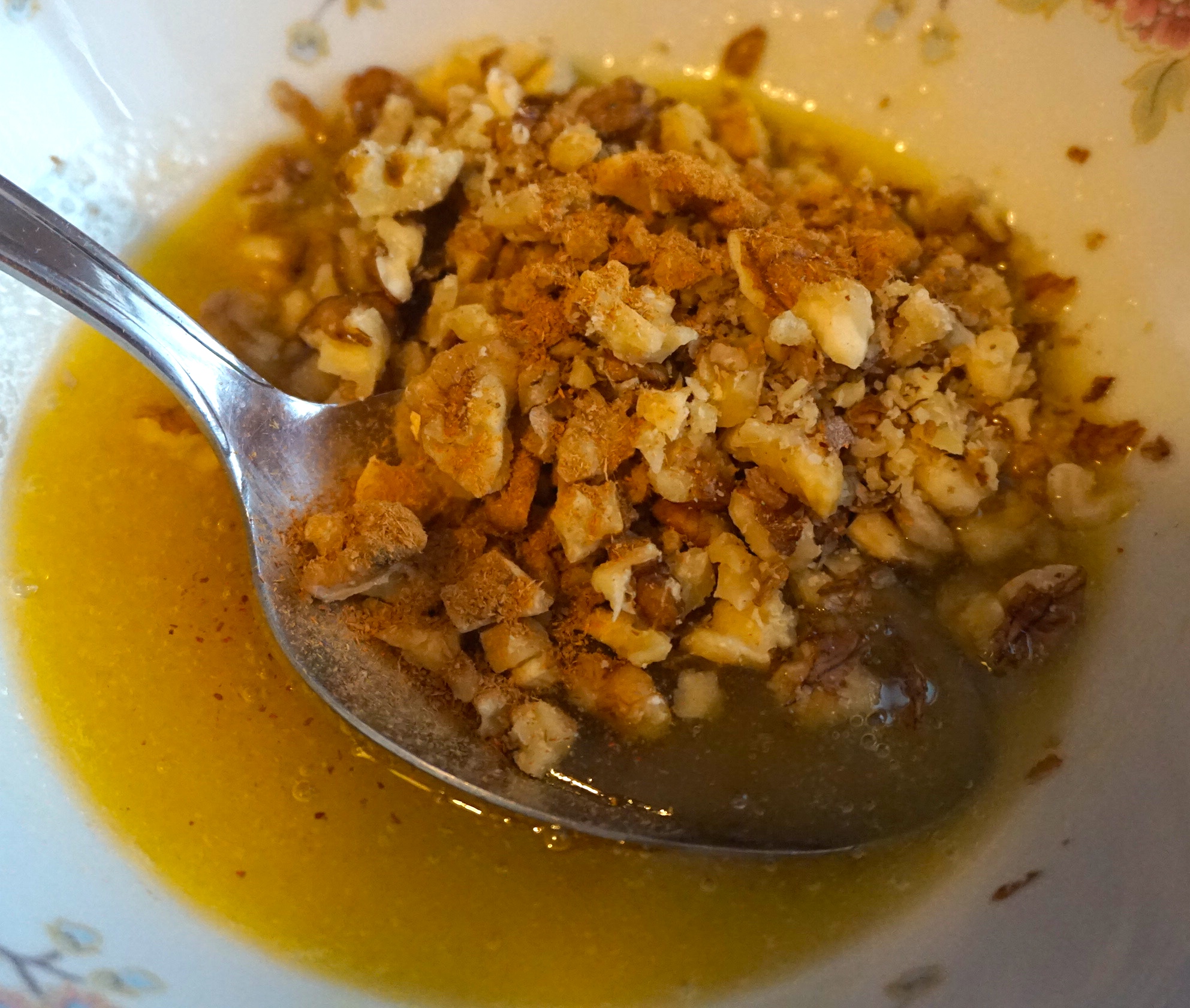 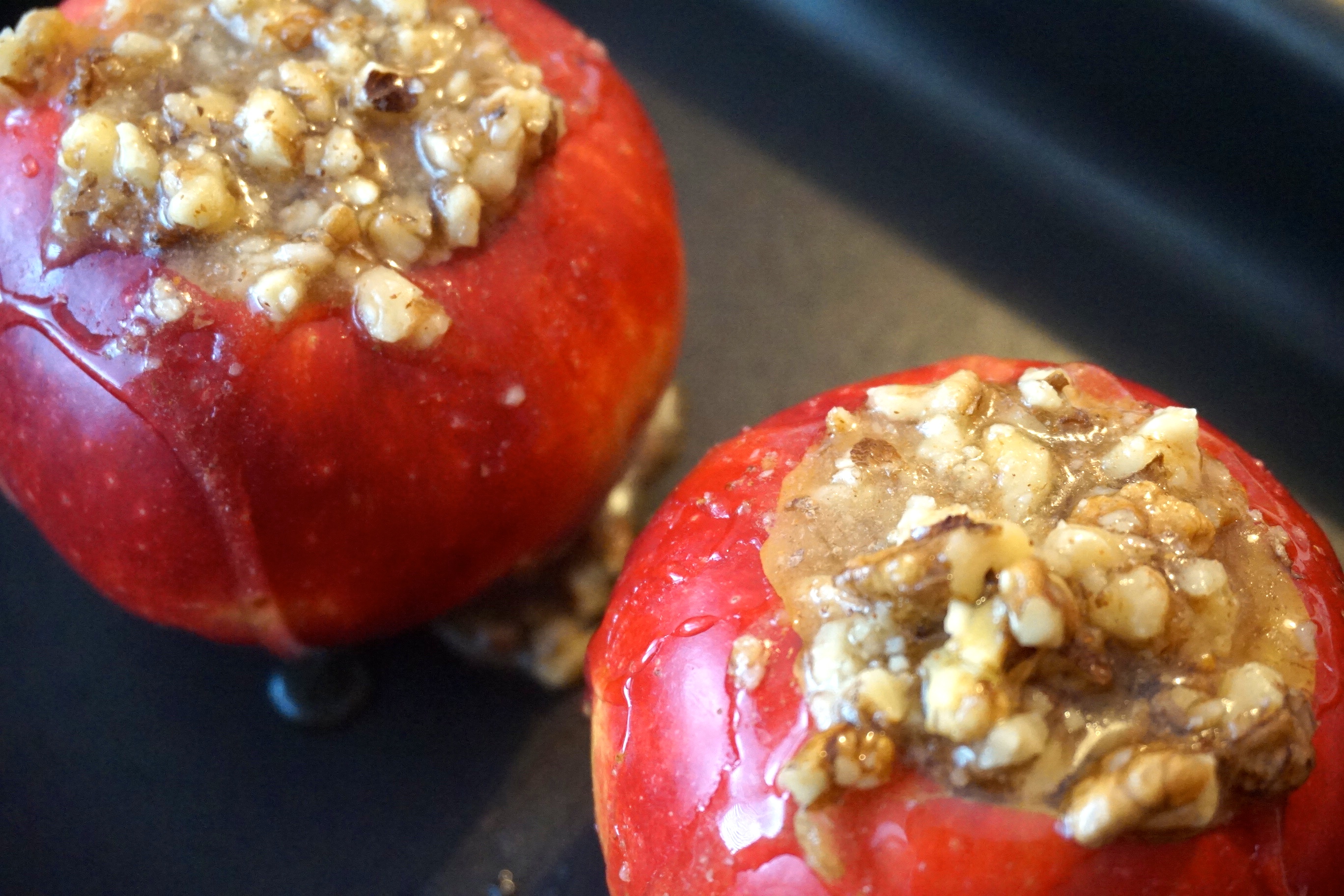 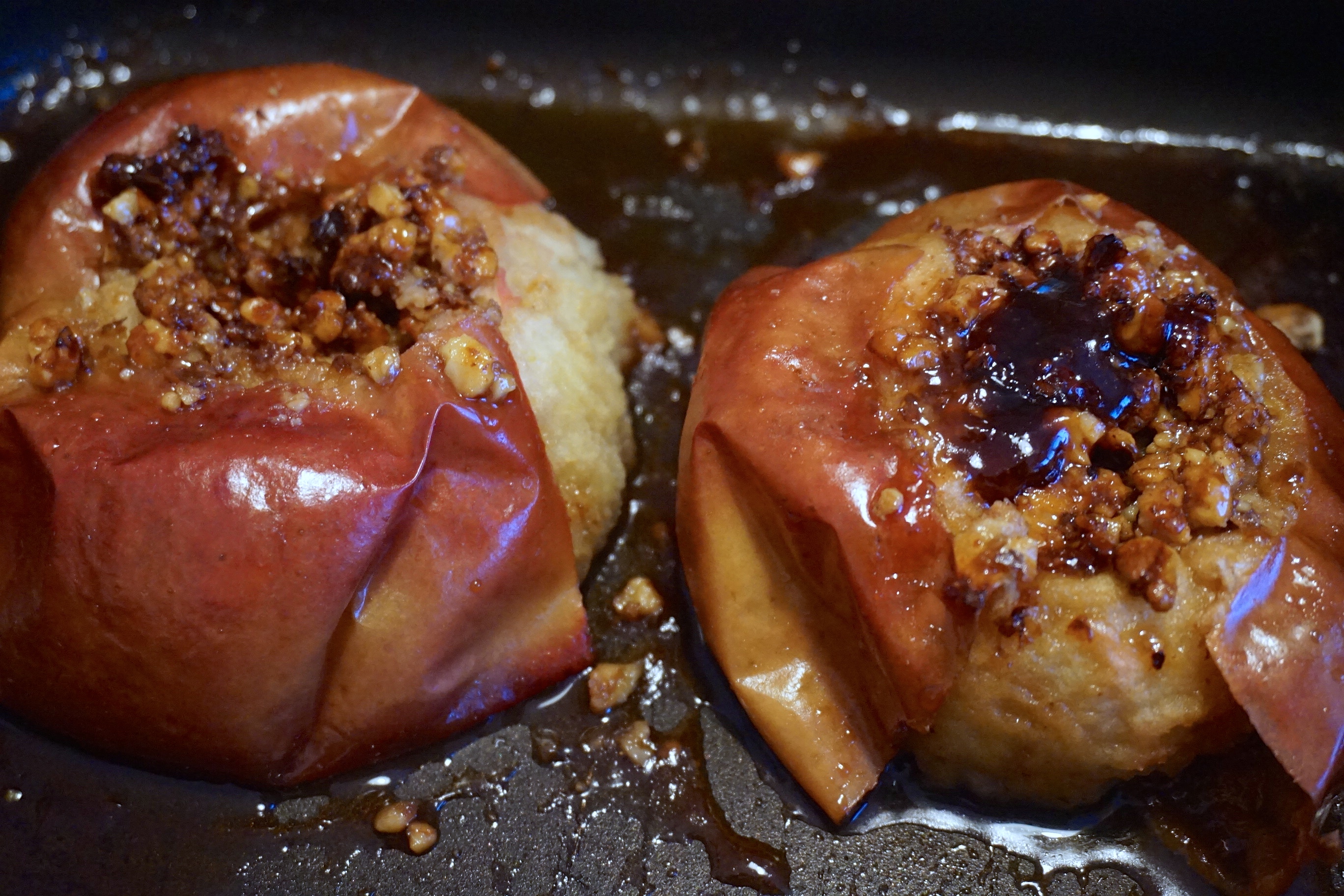 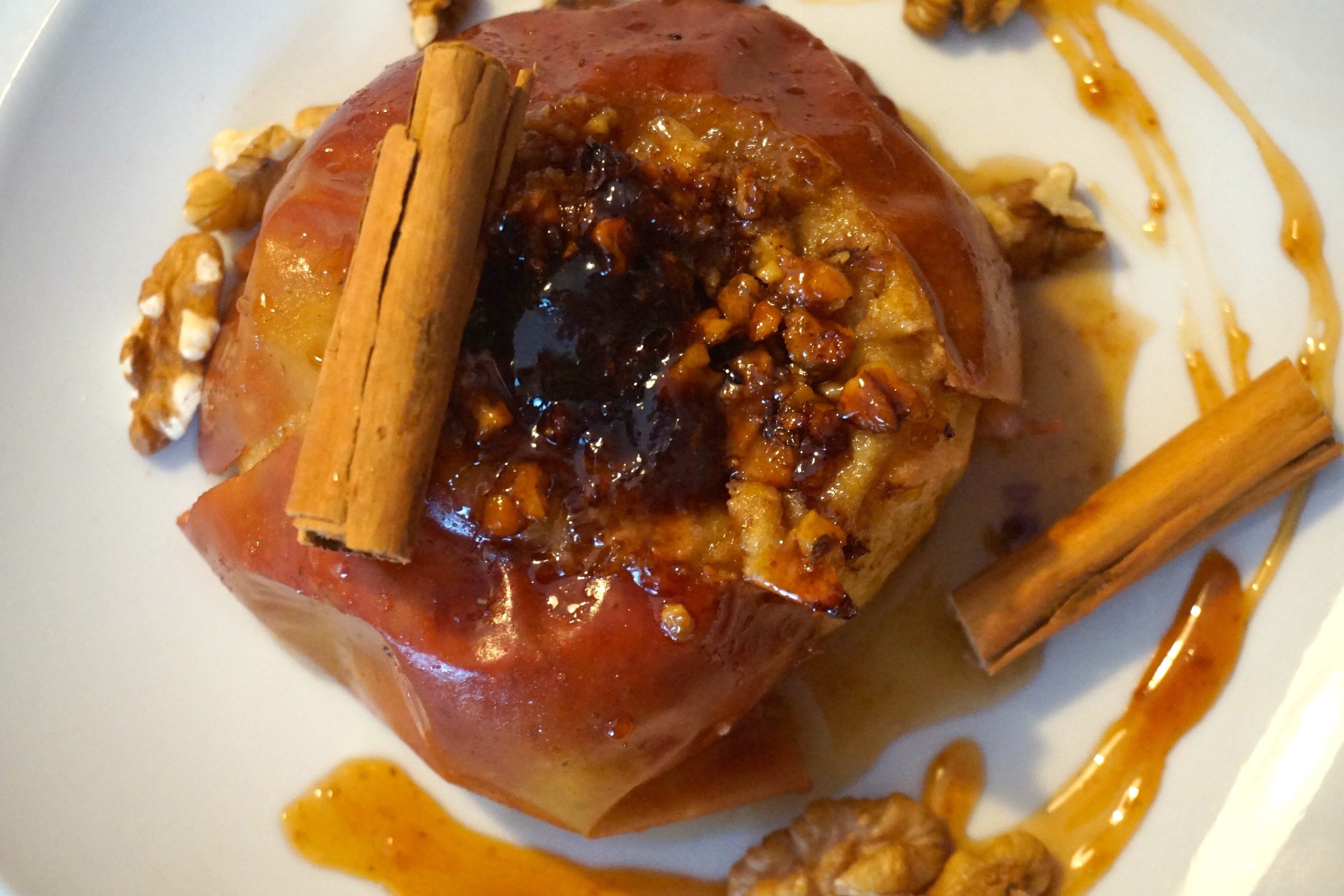 My second week of Bulgarian with the Suggestopedia Method

(Re)discover Sofia under the snow in 40 pictures